Holy Week: How to Keep It 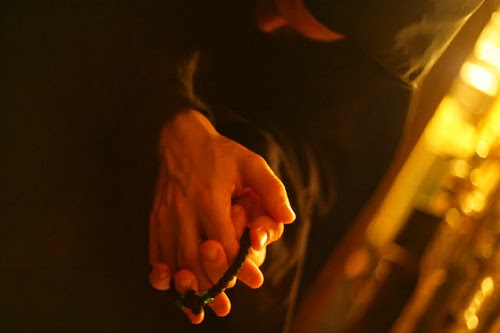 Why do we read this as we begin Holy Week?  Because there is nothing more noble, lovelier, better, more praiseworthy than Holy Week. There is wonder and power and new life in this Week. As best you can, brothers and sisters, try to put lesser things aside, and live this week with Christ. Get yourself to church often, as many Orthodox do – even though I know it is very difficult in our non-Orthodox society.

Satan often throws problems at us this week, many of which oddly just disappear next week. So whatever it is, unless the house is on fire, put it off. There’s very little that can’t wait a week. Do not get distracted.

This week Satan often tries to get us irritated by little things. He hits clergy especially because we are together so much and so busy, so at Saint Nicholas we make a Holy Week pact to “sit on it”.  Dear ones, control your tongues this week and if nasty thoughts enter your mind cast them out, so that we all can have a blessed, peaceful Holy Week.

Holy Week, when we keep it like this, always seems to me like a prefiguring of the Kingdom of Heaven: God’s people, people I love, gathered together often, worshipping him, loving him, loving each other. We don’t have the time and energy to keep this up, but in heaven we will, and it will go on forever.

If you care to look, last year in Post 58, I took a few lessons from Holy Week which are easily lost in all the Blessed Holy Commotion.

Why did the Fathers move the celebration of the raising of Lazarus to the day before Palm Sunday? In order to surround Holy Week with resurrection. At the beginning we hear Christ’s words, “I am the resurrection and the life. Whoever believes in me will live, even though he die;” John 11:25 Then he raises Lazarus who had been four days dead, his body now corrupt – the sign that Christ has power over life and death, a prefiguring of our bodily resurrection to come. Then at the end of Holy Week we come to his own glorious Resurrection. “Christ is risen! Truly Christ is risen!”

The Church ever since has encompassed every week with Christ’s Resurrection. Sunday by Sunday we celebrate it and sing of it.

For any not acquainted with Orthodoxy, here are two samples in Tone One –  the first week of an eight week cycle. First a Russian choral setting, then traditional Byzantine chant.

If you want to hear literally dozens of Resurrection hymns, come to Saturday Vespers and Sunday Orthros (Matins) regularly. So our lives are encompassed by resurrection –  Christ’s Resurrection 2000 years ago and each week now, and finally by our resurrection which is to come.

The Orthodox Church is the Church of the Resurrection.

Our Palm Sunday Gospel reading John 12:1-18 says that on Saturday evening at table, Mary anointed Jesus’ feet with expensive ointment. Judas complained, “Why was this oil not sold and given to the poor?” Jesus (who so often commanded us to help the poor) answered, “Leave her alone. She is doing this to prepare for my burial… The poor you have with you always, but you do not always have me.” We can imagine the dreadful hush that fell over the table. And indeed, a week later Mary will be going to his tomb to anoint his dead Body.

After the raising of Lazarus, many from Jerusalem had came out to Bethany to see Jesus and Lazarus. They hoped that this one, finally, was the long-awaited Messiah – and now he had come again to Bethany, so near to the city.

As I said, the authorities figured that raising somebody from the dead could be faked, and they were sure Jesus was a fraud. Did they never consider the possibility that he might really be the Messiah? Did they never listen to him? Did they never talk to him? Can we also, in our blind certainties, sometimes miss the truth?

But what if he is worse than a charlatan? What if he actually thinks he is the Christ? People expected the Messiah to drive out the Roman occupiers. So what if this man starts an uprising and the people follow, and the Romans respond? Our nation will be wiped out. This was a valid concern. Forty years later there was a rebellion, and that was the end of the Jewish nation.

So now they got serious about killing him. As the high priest said, “Better one man should die than that the nation be lost.” Don’t make the scribes, pharisees and priests into simply evil men. Yes, “it was out of envy that they handed Jesus over” Mark 15:10 – this young north-country upstart who so easily made them look like fools. But above all they were single-mindedly zealous for the nation. That was the thing that really mattered.

And so they would not see the One who was “in their midst”. Now they would violate their own moral law, God’s Law: “Have nothing to do with a false charge and do not put an innocent man to death.” Exodus 23:7 And so in the end it would be not because of him but because of them, because they would kill this innocent sinless God made Man, their Messiah, that the nation they loved would lost. Read Matthew 21:43.

On Sunday morning a multitude prepared to

welcome Jesus as he came into the city. This was something more than the customary welcome for dignitaries. The people cried out quoting a Messianic Psalm 118/119:26 “Hosanna! Blessed is he who comes in the name of the Lord” – as we still sing as he comes to us in every Divine Liturgy. The Pharisees complained: Listen to what they’re saying about you. Stop them. Jesus answered, “If these were silent the very stones would cry out.” Luke 19:4

So the Messiah came in, riding not in a chariot as a worldly conquerer but on a donkey. Who rode on donkeys? the underclass, servants, nobodies. John said that only later did the Apostles understand. He was acting out a prophecy: “Fear not, Jerusalem. Your king comes to you humbly, riding on the colt of a donkey.” Zechariah 9:9  The Lord of all came not to lord it over us. He came in humility to die for us.

Jesus then went not to the governor’s headquarters to battle the “politicians”, as everyone expected, but rather to the temple, to the center of religious authority. For this was where the real problem lay. (Is this still true today?) When he saw money- changers cheating the people, he drove them out saying, “You have turned my temple into a den of thieves.” Matthew 21:13 The

religious authorities were aghast: His temple? He’s crazy. He thinks he’s God! But they were also pleased. They now had what they needed to charge him with at his trial in the Sanhedrin: “He makes himself equal with God”.

If they could catch him in time… for they were also in a panic. The high priest said, “We’re accomplishing nothing. Look, the whole world has gone after him.” John 12:19They must move quickly before it’s too late.

John says those words were a prophecy. Because they would put Jesus to death, he would now conquer death “trampling down death by death”, for that is why he had come. There is something worse than losing your nation or anything else on earth, and that is losing eternity.

How could anyone that week have imagined it? This powerless Man hanging dead on a Cross… Within three centuries the whole Empire would have “gone after him”. The Emperor Constantine would be baptized into the Death and Resurrection of Jesus Christ. Today 2000 years later more than a billion Christians are “going after him”, following Jesus Christ through life, into death and with him into the Resurrection. That is true power which has outlasted every kingdom, every empire, every nation on earth.

Dear brothers and sisters, during this blessed Holy Week, walk again with our Lord Jesus and his Apostles and his Church through this darkest of weeks into the light of the glorious Resurrection. Watch and listen and learn… and know that even our darkest weeks can be swallowed up in the Crucifixion of Jesus Christ, and with him we can enter even now into the Resurrection.