How to Defeat Evil?

Source: Orthodox Life (Russian)
Evil is not an abstract philosophical category. It is always tied to a specific spiritual entity. You can defeat it if you know one secret.
Vladimir Basenkov | 25 June 2020 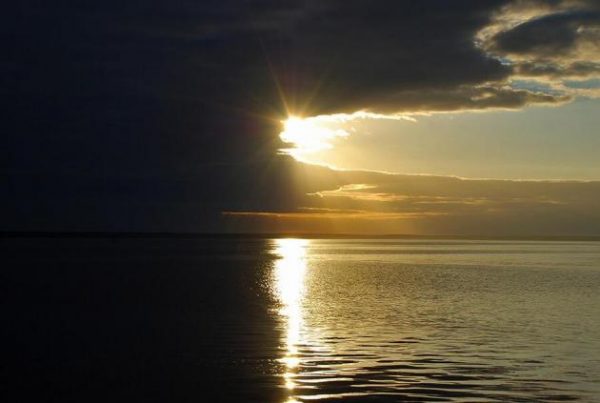 If we are offended, we are likely to feel a lot of resentment. The stinging of the offense makes the heart burn, and we strive to repay all the pain to our abuser. Then the law of communicating vessels comes into force, because we and our offender come into confrontation and become bearers of the same spirit, exchanging shots of negativity, like in a duel.

Arrows of evil are always poisoned: they not only wound, but also infect the victim. It requires immunity, otherwise the fight against evil is doomed to failure. We were insulted – we pay with the same coin. There’s anger, hatred, aggression in us.

All our creativity at a time of conflict is focused on finding the most sophisticated tools to “put out” the opponent. And the fuel in us is the same evil that we took from the opposite side.

When asked who wins in a heated conflict, one answer can always be given – the devil. He is the master and father of evil.

But I say unto you, That ye resist not evil (Matthew 5:39), Christ tells us. But what does He mean? Should we block ourselves off from the world-wide injustice with a fence of indifference and live in peace, ignoring the lawlessness that is happening before our eyes? No, the Savior said exactly what He said. Do not resist, that is, give up the model of evil in the fight against evil. Let it operate by its own methods, we will choose more reasonable tools to neutralize it.

If we enter into a conflict filled with anger, then the law of attraction has worked. The offender hit the target exactly when we mirrored him. Try letting the arrow of evil fly through you and powerlessly fall to the ground. Keep your composure. Break the offender’s pattern. Ask, like Christ asked the high priest’s servant who struck Him, to what extent you owe this impertinence. Convert the conflict into a joke. Let the pithy words go past your ears. Go away. The best fight is the one that didn’t happen.

By responding to evil with evil, we only increase its amount in the world. What we need to do is create a space of light spirit that Christians have always been famous for. Be firm, courageous, consistent, confident in defending your honor and dignity. Stand up for the weak and stop the lawlessness.

But do not let the anger saddle your state of mind, decision-making and action. Our war is not against other people, but against spirits.

When we say “spirit”, we imagine a bodiless creature that man is nevertheless used to visualizing. The angel looks light and kind, the demon looks gloomy and evil. We also call our spiritual and moral disposition the spirit. It is fair to say here that a person can be influenced by a good or evil spirit.

Christianity struggles to bring about the victory of the Spirit of God in each individual person. His victory by its very fact will at least keep evil from going through the barricades of good. Moreover, the good can and should make the adherents of evil, household and ideological, its supporters, demonstrating the highest human qualities and inclining them to the good side. We can’t defeat evil by using its methods in return. We are of a different Spirit.

Translated by the Catalogue of Good Deeds