I had an abortion

When I was 24 I was unbelievably dependent on my mother. There is probably no reason to talk about the prehistory of our family. I will limit myself to say that practically all my life my mother was seriously sick, and her physical sickness put stress on her psych. The atmosphere at home was constantly oppressive—unbelievable petty-mindedness, suspiciousness, self-will, and hysterics... My smallest attempts not to follow my mother's commands ended in scandals, serious accusations, and the most frightening, phrases about how my disobedience will unavoidably make my mother deteriorate and die.
Bishop Alexander (Mileant) | 29 August 2006 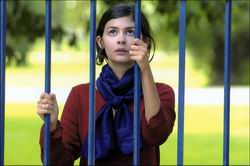 When I was 24, I was unbelievably dependent on my mother. There is probably no reason to talk about the background of our family. I will just say that practically all my life my mother was seriously ill, and her physical illness put stress on her psyche. The atmosphere at home was constantly oppressive — there was unbelievable petty-mindedness, suspiciousness, self-will, and hysterics. My smallest attempts to disobey my mother’s commands ended in scandals, serious accusations, and the most frightening, phrases about how my disobedience would unavoidably make my mother deteriorate and die.

It is so hard to live when childhood burdened with the feeling that any of your mistakes could cost someone their life, someone you love more than all the world. In general, despite all my fear before my mother, I did stupid things. After some time I prepared to marry a complete stranger whom I did not love. This was my one chance to at least break away from the mess of my family. I tried not to think of how I was going from one trap into another.

My mother’s suspiciousness sharpened even more at that time, and she began to check my monthly periods. My attempts to somehow escape such petty-minded supervision only brought me new scandals and accusations in everything that could possibly enter into her head.

And so in that kind of background I happened to have a delay. One day passed, two… I was not simply in a panic, I was terrified. To openly tell my mother was completely unthinkable since I was absolutely sure that from such a shock she would quickly die, and I could not live with her death on my conscience. I had to meanwhile pretend having periods and look for a way out. According to the advice of some friends I took mustard baths, handfuls of redoxon, but nothing helped.

After another two days I forced myself to tell two co-workers, who were old enough to be my mother, about my problem.

“What are you howling for, Dura? How many weeks has your delay been?”

“Listen, not far from here a clinic opened that does “mini’s” if the delay has not been longer than a week. This is all child’s play, we did it—it is nothing like a normal abortion. You come, and everything is quickly done and your are home in an hour. It is all for a song. Do you have money?”

I did have some money. It just so happened that not too long ago they gave me three hundred rubles from the family budget for marriage expenses, and so I could try to claim the “abortion” costs as other expenses. My fiancй was quite indifferent to the news, and left everything to me to decide. He also did not give me any money, but he did agree to accompany me to the clinic.

I called the clinic, made an appointment, and slowly dragged myself from the house as required, with a blanket and a nightgown. At the entrance of the clinic my knees were already shaking, I became nauseous, and I walked in a daze.

In the waiting room sat dozens of girls, mostly of much lesser age than mine, and there were few adults among them. They took us in order for little more than the required examination, analysis, and then to the dressing room before the operating room. No one tried to talk us out of it, and their attitude toward us was disdaining and degrading.

When there was already no one left in front of me, I had a strong urge to abandon everything, spit on my money, and run away. Then I remembered the face of my mother, and I stayed. From the operating room came a stooped over girl, white as paper, and it was my turn. They gave me “No-spa” tablets to drink in order to weaken my muscles a little. I carefully asked about anesthetics, and the nurse rudely called me down and said that people like me do not get anesthetics, and that we were not lords to get them.

They laid me on a high table, hooked me up to some kind of hose, and started up a machine… There was such pain that I have never felt before or since. Pain and terror…

The nurse then told me to get down and go into another room and lay down for half an hour with an ice pack on my stomach. It seems to me that I fell into a swoon, but in all respects my consciousness definitely turned off, and I literally fell into some kind of dark place. After some time they pulled me awake and told me to go home. A nervous shiver shook me all the way home, but at home I had to put a smile on my face, tell some made up story about a romantic walk under the cherry trees, and I went to sleep. This happened in the middle of May, 1989.

There was later marriage, which ended after a year and a half in divorce, then baptism and unsuccessful attempts at becoming churched, a second marriage, two children, and the death of my mother. I had serious depression, and I could not find the reason for it.

Since then, I have come to understand some things better. Most importantly, I was not actually pregnant the first time. There were some problems even before that, the possibility of pregnancy from our “experiments” with my first fiancй were extremely low, and even he himself, as it turned out later, was practically sterile. They sent one and all to this operation with the machine “in order for it to be a lesson”, even though the money which they took was not little in ’89.

I tried to set my mind at ease with this, but the depression did not go away. Sometimes the depression became stronger, and sometimes I simply sat numb with pain. I went out of my mind from this feeling and I did not know how I could live further with it. After some time I at last came to the Church.

Slowly the idea of what I had done came to me for real. Whether it was a child or not is not important. Many years ago I decided in myself to have an abortion, and that was all that was needed to make myself feel like a murderer.

Real repentance came to me at that time, to tears. Several times I tried to tell all this at confession, but each time I started explaining that a sin which I committed before baptism is tormenting me, and at this point the priest would interrupt saying, how can this be, it seems that you do not believe that the sacrament of baptism washes away all previously committed sins. I did not have a chance to explain that I was baptized practically off-hand, not understanding the sense of anything, not prepared… There was no moment of repentance and renunciation of my previous life at the moment of baptism…

During Great Lent of this year the memory of what I did became even more intense. Every time I prepared for confession (I confessed every week) I involuntarily remember first of all the abortion, and I tried to convince myself that once the priest said that, it means that there is no reason to return to it. Unfortunately, it came back with more and more spiritual pain.

At last there came a day when literally I fell onto the gospel stand, and the “good” priest was not there (whom I wanted to confess to) but the “strict” priest. I blurted out “I can not go any further… in my youth because of fear of my parents I had an abortion…”

I do not remember what I later said, or what the priest said. I do remember how his reaction impressed me. I expected him to upbraid me, deal with me strictly, but instead I saw compassion and pain for me… I did not prepare for communion that time since my spiritual conflict tormented me so much that I could not bring myself to take with me my prayer book, and the two days before confession I simply broke down (there was something else added to my abortion sufferings).

Nonetheless he blessed me to have communion. “Go, take communion, such wounds need to be healed…”

Since then little by little I have begun to heal…

For some reason, the painter decided that it was an icon of the Great-Martyr Panteleimon. Maybe a trace…

Most viewed articles
Metropolitan Hilarion Said Kuraev Could Be Excommunicated from the Church399
Statement from the Chancery of the ROCOR Synod of Bishops on Recent Events at St. Alexander Church in Jerusalem274
A Cruciform Providence126
Psalm Read at Times of Doubt, Hesitation, and Strong Temptations for Strengthening of Faith86
The Light of Christ in Christians85
Metropolitan Onuphry Speaks on True Repentance82
Moscow Priests Make Over 1,300 Visits to Patients with Coronavirus43
Metropolitan Onuphry Presents Kiev Theological Academy with a Valuable Gift42
Time and Human Life26
Most popular authors
Pravmir.com team840
Archpriest Stephen Freeman126
Metropolitan Anthony (Pakanich)86
Metropolitan Sotirios85
George Mantzarides26