“I’m Tired And Losing Faith in God.” Fr. Andrew (Konanos) Speaks on How Not to Talk to Children about God 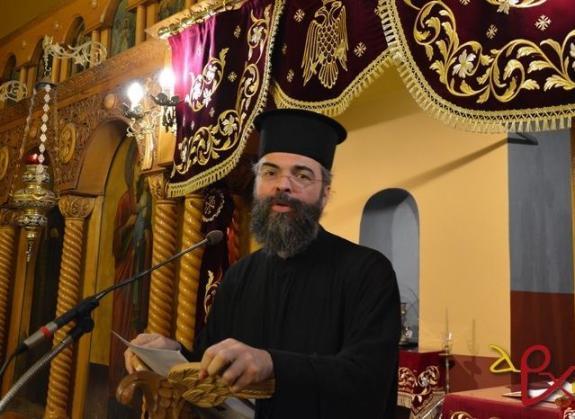 I will tell you a story that happened to me not long ago.

When I came to a school to talk to children on different topics, I noticed some of them talking during the prayer. I started a conversation with the schoolchildren about this incident. “Kids, why were some of you talking loudly during the prayer?

I can understand that someone does not want to pray, but in this case there is another great way to spend time. Sit quietly in the schoolyard; think about your favorite team, or about the upcoming test at the lesson.

If you don’t want to make yourself pray, then try not to bother other people at least. Does it make sense? Some of you were making noise and everyone else was watching. Why was that?” The pupil, talking louder than others, asked: “Do you want to hear the truth?” I replied: “Yes. I would love to hear the truth.” “I was talking because I did not want to pray. Am I obliged to talk to God? Do I have to believe? Why am I surrounded only by Christians? I wish Muslims or representatives of other religions were here, too.” I said: “You help me by saying that.” “Really? I’m contradicting you,” he said. “No, I totally agree with you that pressure is not good. Judging by your tone of conversation, I realized that once you had experienced strong pressure either from your parents, or from relatives, or from your environment,” I replied, marvelling at the sincerity of this boy.

Further, each of the kids began to explain their problems in turn. One of them said: “I was tired and began to lose faith in God. Christ has the most beautiful face. He is the best. He is not to blame for anything. But due to the way everyone presented the things to me and taught me, I began to feel an antipathy to everything.”

I was really impressed by these words. What can we talk about, if we ourselves, even having the Christ’s mark in our lives, distort His image in front of our children? What can we expect then? Everyone around us thinks that we are true Christians. Some consider me a model of a Christian, and everything I say is claimed to be the voice of the Church. But what if I make a mistake? Thus I also cultivate the wrong concept of the Church in others. Doesn’t this happen?

The elders, our parents, priests, theologians, and people whom we consider a model teach us something. And we think that we are taught the correct knowledge of God almost through the mouth of God. Let us not look for someone to blame. Let’s look at ourselves, look inside our soul. Could it possibly be that we hurt someone somewhere with our words, or look, or actions?

Fr. Andrew (Konanos) Speaks on How to Survive the Pandemic and Remain Human

I think about how our life has changed. Everything stopped, closed, and froze.