I Want to Transfer My Husband to Another Hospital. Do I Have the Right to Do This?

Source: Pravmir (Russian)
And what documents should be prepared while everyone is healthy?
Natalia Kostarnova | 25 August 2020

What to do if your loved one is unconscious, and you are sure that he is poorly treated in the hospital? Do you have the right to transfer him to the clinic that seems best to you? Can doctors restrain the patient from this? “Pravmir” prepared an instruction together with medical lawyers.

Can Doctors Refuse to Transfer a Patient to Another Clinic?

Doctors have legal grounds to refuse to transport a patient to another medical facility, even if relatives insist on it.

It all depends on the patient’s condition. The principle of the patient’s autonomous will can be considered fundamental in this matter: without his consent, no one can do anything, no matter how sick he is. As long as the patient is conscious, in accordance with the article 20 of the Federal Law 323 “On the protection of public health”, doctors are obliged to inform him about what medical services they plan to provide, and to obtain informed voluntary consent for this. The patient has the right to refuse medical care. For children under 14 years of age, this decision is made by parents or legal guardians.

The situation is quite different if the patient is unconscious. In this case, responsibility for his life and health rests entirely with the attending physician, which is described in the article 70 of the same law. The patient can be evacuated when the medical organization in which he stays is not able to provide him with all the necessary assistance. In this case, the decision on this is made by the attending physician or a council of physicians.

Relatives cannot influence the will of the patient and the doctor in any way if the patient is unconscious. There are no provisions allowing this in the Russian legislation.

Is It Possible to Transfer the Right to Consent or Refuse Medical Care in Advance?

This is an inalienable right, it is directly related to one’s personality and cannot be transferred, Aleksey Goryainov, a medical lawyer, explains. 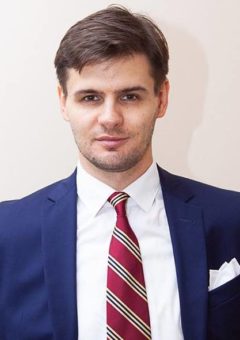 – The only thing that a patient can do is to indicate in the consent to the processing of personal data that he permits, during life and after death, members of his family or other specified people (it can be anyone, even a neighbor) to receive information constituting a medical secret, that is all medical information. If the patient does not give such consent during life, doctors have the legal right not to disclose his medical history, even to close relatives.

– It is better to do this within the framework of a notarized power of attorney indicating the right to access medical records. Third parties should be aware that consent has been given. It often happens that a patient may give consent being already in the hospital without telling his relatives about it, Goryainov says.

How Can You Achieve the Transfer? 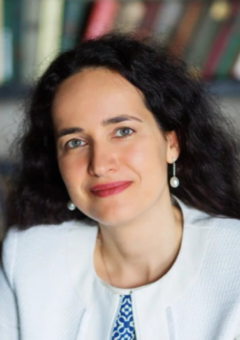 In practice, the transportation of patients from one clinic to another takes place, of course, but it is more of a conceptual matter, most often built on personal agreements, Polina Gabai, a medical lawyer, says.

If relatives have objective reasons to believe that the clinic does not have enough resources for the necessary assistance, they should try to find contact with the attending physician, with the head of the department or the head physician. Aleksey Goryainov says that often the hospital management agrees with it, because the risk of the patient’s death is not beneficial to them either.

If an agreement cannot be reached with the hospital, assistance in the transfer should be sought from the health authorities. In Moscow, for example, this is the Department of Health. They cannot do it directly, but they can stimulate doctors at the level of personal agreements.

Lawyer Alexey Goryainov in his practice faced situations when a patient and his relatives filed lawsuits against hospitals that refused to transfer. However, according to him, such stories rarely reach the court, more often it is the doctors who agreed with the transportation are tried.

– There is an illustrative case when a young man from a psychiatric clinic with pneumonia was taken to a hospital, there he was examined by the doctor on duty. She planned to hospitalize him, but the patient’s mother insisted that he be transferred closer to home, to another structural unit of the same hospital. The next day the guy died there. The investigation believes that the doctor underestimated the patient’s condition, thereby putting his health and life in danger. In addition, there was not even a resuscitation unit in that structural unit, Goryainov says.

Does the Doctor Have the Right Not to Let the Patient Go?

In addition to the norms of the law, there are norms of medical ethics, which are also important in the professional community. Many agree that based on them, the doctor has no right to retain the patient.

If the doctor is sure that the decision of the relatives will harm the patient, he should initiate an appeal to the court. However, choosing a doctor or a medical organization is the absolute right of patients or their relatives, Alexei Erlikh, the head of the cardiac intensive care unit at the Bauman Moscow City Hospital, says.

The chief physician of the Ilyinsky hospital, Aleksey Zhivov, considers the question of whether relatives can transfer the patient to another medical institution incorrect. According to him, the doctor’s task is to inform about the benefits and harms, possible risks and complications, and the patient and his relatives are absolutely independent in their decisions.

Cardiologist and therapist Artemy Okhotin, using the example of the Tarusa hospital where he works, explained that the attitude towards patients, building communication with them is individual in each medical institution. And much depends on the position of the chief physician.

“The average Russian hospital is a prison. And the one where I work is also a prison. It’s just that some of us try to be bad jailers, but we have the power to be jailers”, Okhotin wrote.

The resuscitator of the ambulance, Hieromonk Theodorit (Senchukov) noted that resuscitation anesthesiologists see the issue of transporting patients differently from other specialists. They, relying on their experience, assess risks, and based on this, and not on the wishes of relatives, make a decision.

“The inpatient doctor understands transportability not only as an opportunity to transport, but also the expediency of this transfer. The doctor-transporter assesses his local task: if he will manage to transport the patient, and how we will do that. In doing so, everyone relies on their own experience. Hence the discrepancies appear”, Senchukov wrote.

“Only a person who never taught lessons could come up with this”. Teachers speak about recommendations for distance learning

What did the authors of the document not take into account?

“I envy those who can see dreams”. How do people with chronic insomnia live?

Why is it difficult to diagnose and treat this disorder?