The Importance of Discovering God For Oneself 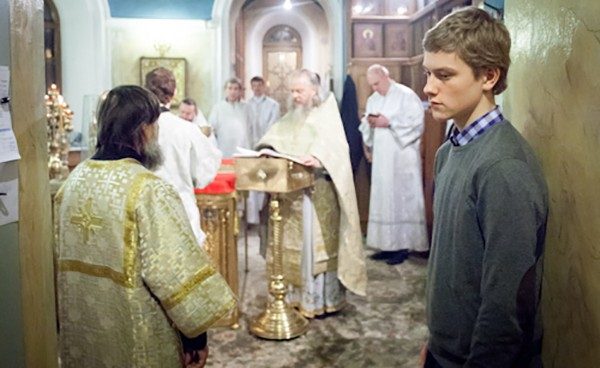 Some time ago I had the mother of a boy of about thirteen arrive at the monastery, son in tow. She was upset because her son had declared himself an atheist and she was afraid he was in danger of eternal damnation. I sat down with the boy and told him that each one of us has to come to a personal awareness of the reality of God for ourselves. Doubting the existence of God, I told him, is all part of building a personal relationship with God. If we simply go through the motions without seeking a real relationship, we might as well be atheists. My own youth was filled with great spiritual struggle, as I sought to fill the void I felt within my heart.

Most young people struggle with questions about things eternal. It is part of relationship building. Like the young lad who visited with his mom, I struggled with doubt. The only difference was that my struggle happened during my college days. It was a period of time when I was filled with anxiety about the future, and fearful of making the wrong decisions. I understand the issues facing young people today because I was a young man with the same fears, and struggling with many of the same issues.

Knowing as I do now the importance of being honest, I told the mother to let her son explore for himself the reality of God. It was better for him to question the existence of God than to simply feign belief. At the same time I told the boy he needed to attend church with his family because it was important to be obedient to his parents and supportive of his younger brother. After all, one does not tell his parents that he’s not going to attend school just because he doesn’t see his studies as important.

The God this boy was rejecting was the very false image of God that I have long rejected. The God I have come to know personally is not the same god I rejected in my youth. The God revealed in Jesus Christ is the One Whom I’ve personally experienced and Who first sought me out.

It is this peace and joy that I want to impart to young people. My personal relationship with Christ is something that I want to share, and not just with Orthodox youth who may make a pilgrimage to the monastery. I KNOW God exists because I’ve experienced His great love in a personal way, and it is this certainty of the reality of God that leads me to reach out to others. They, like me, need to discover God for themselves, and build upon a relationship that began with their conception.