In Connection with the Tragedy in Perm, Patriarch Kirill Urges to Pay More Attention to the State of Mind of Young People

Pravmir.com team | 21 September 2021
As a result of the attack by an armed student on the Perm State National Research University (PGNIU) on Monday, September 20, 6 people died and more than 20 were injured. 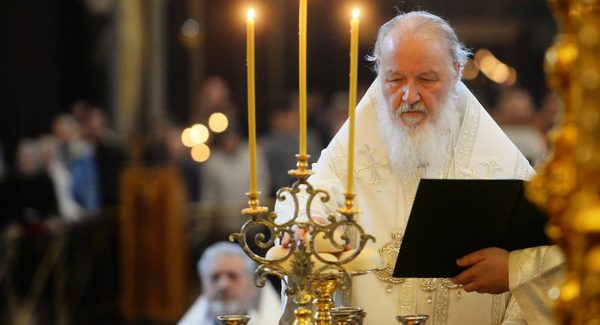 Yesterday’s attack by an armed student on the Perm State National Research University (PSNIU), as a result of which 6 people died, testifies to the need for paying closer attention to the state of mind of modern youth, said His Holiness Patriarch Kirill of Moscow and All Russia.

“Unfortunately, this is not the first time we are faced with a tragedy that convinces us of the need for paying more attention to the mental state of adolescents and protecting them from destructive influences and dangerous hobbies,” His Holiness Patriarch Kirill said in his letter of condolences to the Governor of the Perm Territory, Dmitry Makhonin, as well as to relatives and friends of the victims.

The Primate of the Russian Orthodox Church hopes that the leadership of the region “will make the necessary efforts to provide assistance to the families of the victims and show concern for the victims, as well as their relatives.”

“In turn, the clergy of the Perm Metropolitanate are ready to spiritually support all those in need of pastoral care,” added the Patriarch.

In his condolences to Metropolitan Methodius of Perm and Kungur, His Holiness Patriarch Kirill expressed hope that the clergy of the diocese “will provide the necessary support to the families and friends of those killed and injured, as well as those for whose lives the doctors are now fighting.”

The Primate of the Russian Church prays for the repose of the souls of all those who died, for the healing of the wounded and the strengthening of all those affected by the tragedy.