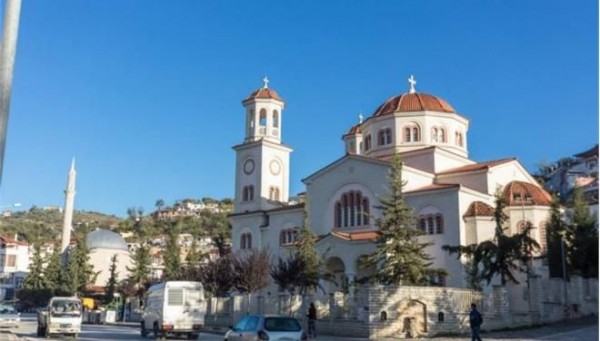 The opening ceremony of the Orthodox temple, named after the Christian Martyr, was performed by Archbishop Anastasios of Tirana, Durres and All Albania and attended by hundreds of congregations from across the country, as well as state, local officials and MPs. 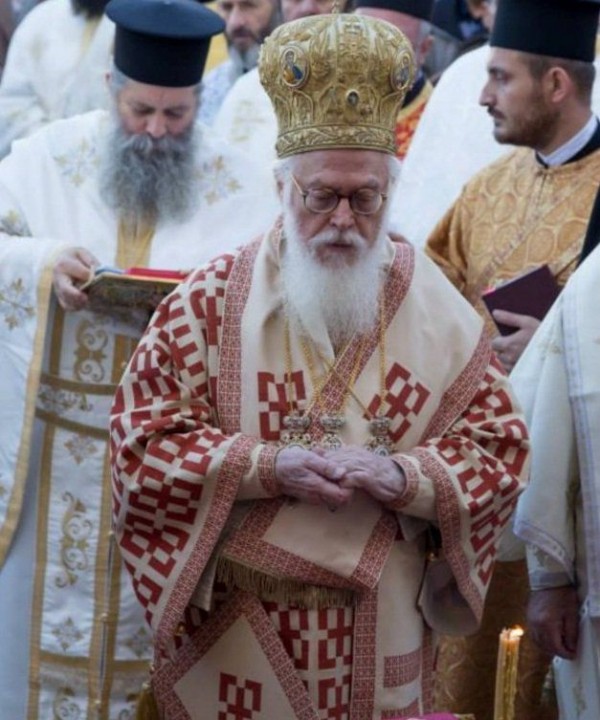 In his speech after the end of the inauguration ceremony, Archbishop Anastasios underlined that “every orthodox temple is a place of peace and consolation for all people, regardless of their faith. It is a place where people can find not only God but themselves too. At the same time, it is a place of fraternization, where people associate with each other in respect. Furthermore, it is a place of spiritual rejuvenation and sanctification. A place to worship God, where the truth coexists with love and beauty.” 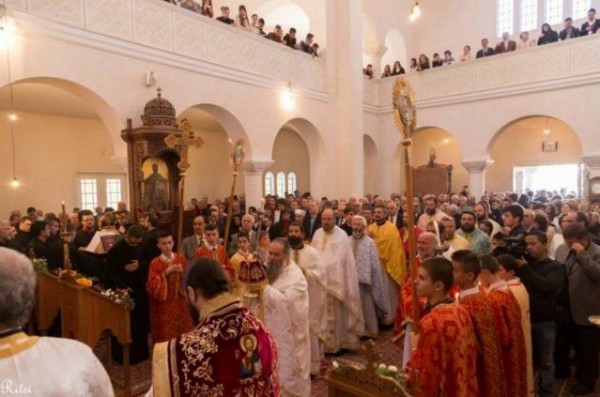 Commenting on the significance of the new temple in the lives of the local people, the Archbishop underlined that “the new Cathedral of Berati, standing magisterial in the city’s heart, forms, from now on, one of its basic spiritual cells.” The total area of the Cathedral is 527 square meters and its height is 22 meters. It was founded in 1994, but due to several difficulties and a cholera outbreak in the city around that time, its construction only started in 2002, under the inspection of the technical office of the Orthodox Sovereign Church of Albania. Its cost was 850,000 euros and the money for its completion came from international donations.

Since June 2014, a total of seven new temples were completed in various areas across the country. Two in Tirana and one in Shkodra, Pogradec, Aliko, Kleisoura and Berat, respectively.

The head of the Orthodox Church was formally received by local authorities, church representatives and numerous citizens, schools…

Most viewed articles
How to Read the Bible160
Words from St. Isaac of Syria112
Seven-day celebrations dedicated to the Saint who helped Bucharest during plague epidemic begin on Thursday111
Patriarch Kirill Encourages the Media to Report Proper and Adequate Information about the Church101
Holy Intercession Church in Glen Cove, NY, Celebrates its 70th Anniversary88
Since the Start of the Pandemic Moscow Priests Have Made Over 4,000 Visits to Patients with COVID-1979
Archbishop Peter of Chicago and Mid-America in an interview to Poltava Diocese’s press service reveals interesting moments in the life of St John (Maximovich)77
“Do Not Weep”25
Best Films of the Pokrov Film Festival Have Been Determined17
Using Our Time Wisely to Cultivate the Seeds of Faith2
Most popular authors
Pravmir.com team362
Archpriest Lawrence Farley160
Archpriest Stephen Freeman112
Aurelian Iftimiu111
Archpriest Peter Olsen25
Priest Luke A. Veronis2