Is Every Political Authority Sanctified?

Source: Notes on Arab Orthodoxy
Metropolitan George (Khodr) of Mount Lebanon | 10 November 2015
Let every soul be subject unto the higher powers. For there is no power but of God: the powers that be are ordained of God (Romans 13:1) 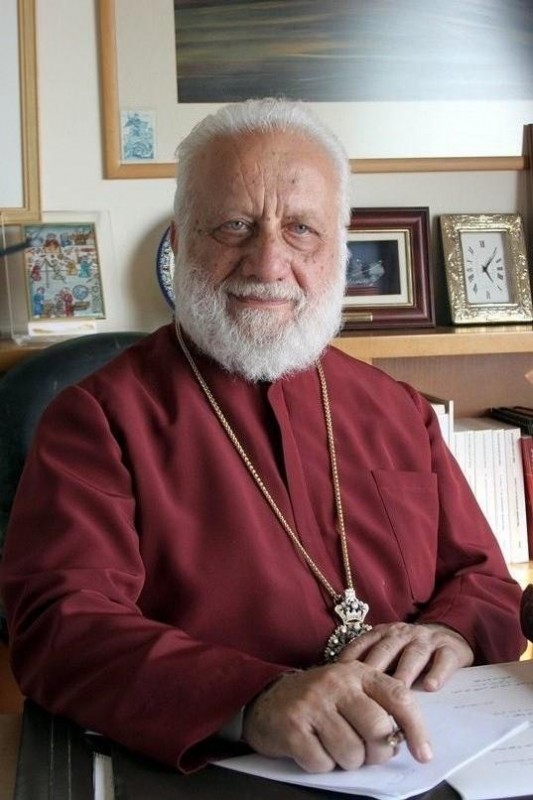 I do not believe that the thought of the Apostle Paul sanctifies political authority absolutely, as might be understood from a superficial reading of his Epistle to the Romans, after he gives a judgment that appears absolute, “there is no authority except from God” (Romans 13:1). The Apostle is not offering a position of principle. He is addressing the Romans according to their situation. For him, authority is Roman authority and he sees it as being in the service of God and cannot imagine that it might not be like that.

We cannot regard Paul’s words in this epistle as sanctifying every political authority, no matter how it behaves. The state is under God’s rule and if it departs from that it has no sanctity. An authority is invalidated if it removes God’s authority over it. Do we necessarily rebel against a political authority if we are convinced that it has removed God’s authority? The issue is open and thorny. However, it is proven for us that Christian thought says that the sanctity of authority is not constant. It comes and goes. This raises the issue of rebellion against authority.

Therefore there is no absolute value to any state. It is dependent on its behavior. Authority disappears when there is injustice because it has contradicted the purpose of its existence. Must you eliminate it when it does this? That is an open question. The first answer in principle is that the country’s peace is fundamental and so sometimes you accept injustice because it is not the worst thing. I am simply saying that no regime is sacrosanct. The important thing is first of all justice among people and secondly internal peace. Therefore, no regime in place is sacrosanct. The people’s peace and justice is sacrosanct. No authority receives its legitimacy from itself. Its legitimacy rests on the sanctity of its actions. Therefore ethicists sometimes permit removing an authority. Their standard is the good of the nation. No ruler is good apart from his actions. That is to say, the political entity is no sacrosanct. Holiness belongs to people and not to regimes. Therefore, in principle, it is possible to remove the regime if it violates people’s welfare or freedom.

In the end, authority does not lie with those persons who rule. It lies with justice and when there is unjust tyranny, you are entitled to remove the authority, since it has lost its legitimacy.

Paul assumes that authority is in the service of God for good (Romans 13:8). Therefore it is not true that we submit to the rulers in place merely because they are in place. Authority and goodness are not synonymous. For this reason, ethicists permit rebellion against political authority in some cases. The entire philosophy of democracy is that you judge the authority that is in place. You submit to the authority that is in place if it is in fact with God. However, there is no sanctity to the one who sits in power just because he is in power. The only question is whether the ruler is with God.