Is It Possible to Live a Holy Life in the World? 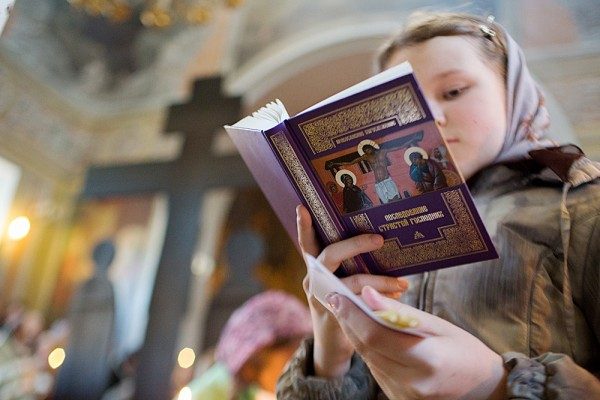 In my last post, I spoke of two options for Christian living.  These options, marriage or monasticism, are the dominant options throughout most of Christian history—but not the only options.  In the past twenty years in North America (and a little longer in Western Europe), there has been a dramatic rise in the average age for first marriage, a divorce rate that has hovered around 50% and, outside the Orthodox world, a noticeable increase in the number of monasteries that are closing down.  Although Orthodox monasticism has seen somewhat of a revival over the past fifty years, still the relative number of Orthodox monasteries outside traditionally Orthodox countries is very small compared to the growing number of Orthodox Christians outside these lands.

This confluence of trends has led to a large number of single Christian adults who do not live in marriage relationships or in monasteries.  I think we might group these single Christians in the following way:
Those who are living a profligate lifestyle.
Those who are striving to live a holy life.
I know these are rough categorizations, but I choose them because looking at things this way will help me say what I want to say.

First off, there are many Christians who are living a profligate lifestyle.  The religious sensibilities of our contemporary North American culture teach us that religion is merely a matter of feeling, of the “heart,” or of “faith.”  Particularly, this culture teaches that one’s sexual practices are irrelevant to spiritual or religious life.  If one is a good person (by the culture’s standards) and believes sincerely in and practices some religion or spirituality, that is good enough. In many ways, today’s culture is like the pagan world into which Christianity first entered.  At that time, like today, sexuality was largely irrelevant to spirituality, and in some cases, extra-marital sexuality was encouraged as an expression of religious devotion.

However in at least one significant way, the religious climate today is much different from the religious climate of the Mediterranean world of 2000 years ago into which Christianity first entered.  Our world is a “post-Christian” world.  Culturally speaking, Christ and His message is well known, but disguised under layer after layer of badly remembered and selectively retold western history.  Everyone knows the name “Christ,” but very few associate it with anything life-giving.  Even those who believe in Christ, who look to Him for salvation, who are baptized and who have some devotion to the Church, even these no longer take the hierarchy of the Church seriously and have largely accepted a culturally reimagined version of Christ: a nice-guy deity, interested mostly in how I as an individual feel about things.

This, of course, is a far cry from Christ, the God who became human to transfigure human nature into the divine image from which it fell of old in Paradise.  Yet very many Christians today, many Orthodox Christians, do not know this Christ.  They know only the culturally acceptable christ of their imagination. And so they are lost in their own confusion and passions thinking that they follow Christ. And for these, we must pray.  They are like those who have received an inoculation.  They have taken just enough dead virus to put them on the defence against the real.  The false Christ that they have come to know, blinds their eyes and deadens their ears to the real.

And yet, there is hope for these.  As God brought the Prodigal Son to his senses and as Jesus caught the attention of the Samaritan Woman at the well, so it is not too late for these profligate Christians to repent.  However, more words are not what they need.  They need to be touched by God in some way that God knows will get their attention.  For this we pray.  And for this we love and suffer.  Cornelius, the centurion at the Cross, came to his senses watching Christ die.  How many may come to their senses watching you and I die daily and loving, as Christ did, to the end?  May God help us.

And what is the case for single Christians living a profligate life in the world, is the case also for married people or monastics living a profligate life.  (It may seem strange to those who don’t know many or any monks, but have mostly just read about them, for me to say “profligate monastics.”  But I know from first and second hand experience that there are such monks.  And why should that surprise us?  Nothing magic happens at tonsure.  The flesh and the devil must be resisted in the monastery as in the world.  Even Elder Prophyrios, raised from boyhood on the Holy Mountain of Athos, says in his biography that his elder warned him not to speak to monks whom he happened to meet on his way somewhere, for there are many wicked men even on the Holy Mountain.)

OK, let’s now take a look at the other category: those single people striving to live a holy life in the world. For those who are striving to live a holy life but are not in a monastery or in marriage, there are also many precedents.  Consider that before there was any monasticism, there were holy men and women who were not married but were striving to live a holy life.  In fact, this is the beginning of monasticism.  These single Christians striving to be holy often grouped together in houses to encourage and strengthen one another (and pool expenses too, probably).  Sometimes a particularly holy and gifted old man or woman would find younger people gathering around him or her.  And very occasionally, St. Pacomius comes to mind as an example, an angel or a departed saint would instruct someone to build a larger place to accommodate those who were seeking salvation in the single life ( by the way, that’s what the “mono” of monasticism means, single).

I am not against Greek or Russian or Serbian or Arabic monasteries transplanting to North America.  Perhaps in a few generations, these will indeed become indigenous centres of holy living.  What I am against, however, is the assumption I find in so many that in order for a single person to strive for holiness, he or she has to be a tonsured monk.  From what I have seen in North American monasteries and in single life in the world, if one is willing, a person can keep a very strict life of prayer and asceticism in the world—a life perhaps more prayerful and ascetic than is lived in many monasteries.  It really is a matter of what one wants.

I want to hasten to add that we are not all called to be like St. Pacomius or St. Anthony, or any other saint for that matter.  We are each called with our own strengths and weaknesses, talents and foibles to become as holy as possible where we are right now.  There are, as the Scripture says, five talent, two talent and one talent Christians.  We do not all have the same measure of Grace, the same calling, the same gifts.  However, what we can all do is to take that little measure of Grace we do have and use it where we are now.  Any single person, if he or she goes to bed at a reasonable hour, can get up early and say prayers.  She or he can make attendance at Church services a priority, can throw away the TV and shut off the internet, can read books on the spiritual life, and can seek advice from people who seem to have the Grace to help.  Again, it really is a matter of what one wants.  Starting where we are, we take our one talent of Grace, our small offering, our little faith, and use it.  And as we use it, humbly and with whatever guidance our spiritual mothers and fathers can provide, God will see to it that it grows.