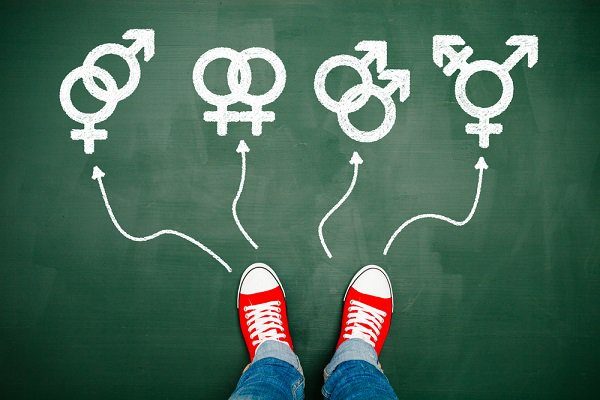 Whereas gender theories claim that the problem lies in the human body and its sex, which may need to be corrected, Patristic theology insists that God did not make any mistake and that evil lies in our own actions. What is bad is not the material world, but ‘the pride of intellect, the impudence of vanity, the arrogance of human conceit’.

As Clement the Alexandrian states, it is the egotistical attitude that must be stamped out, not the material world. It is precisely this egotistical attitude and the arrogance of human conceit which lead people to question the sanctity of the material body and to formulate theories devoid of any scientific basis, because the theory of the separation of biological sex from social gender is not the result of any impartial research, study, analysis, observation, or the use of a particular method and scientific tools, as is proper to any science, but is, in essence, the promotion of personal convictions, perhaps the confirmation and validation of certain personal choices, in order to convince first the person concerned and then society, that one’s gender is subjective.

The lack of a scientific basis for the theory concerning social gender is apparent from the fact that the theory was formulated first and then an attempt was made to prove it. The fact that the theory in question is not the result of free, impartial research was demonstrated in the most tragic way by the inspiration behind ‘social gender’, the New Zealand doctor and specialist on hermaphroditism, John Money, at the University of Johns Hopkins.

Money attempted to prove that biological sex is an illusion, something arbitrary from which education will liberate us. He found the material he needed for proof in the case of two young boys, Brian and Bruce, the latter of whom was raised by his parents entirely as a girl after his penis had been destroyed by an unsuccessful medical procedure. In this fateful disablement, Money saw the opportunity to prove in vivo that biological sex is an illusion. He persuaded the parents to raise Bruce as a girl, without telling him or his brother that he had been born a boy. Living as a girl called Brenda, Bruce was given hormone treatment and his testicles were removed.

His parents dressed him as a girl, gave him dolls and spoke to him as if he were female. At the age of six, the twins appeared to be responding positively to the roles assigned to them. Bruce grew up as Brenda. Money was convinced that he had proved that biological sex disappears when another gendered is ‘transfused’ into it and claimed that education was responsible for making people behave as male or female.

This is how gender theory came about. Nature had its revenge, however, because Brenda had a very painful upbringing. As an adolescent, her voice broke, she admitted to being attracted to girls and refused the artificial vagina that John Money wanted to insert. She stopped her treatment and took refuge in alcohol. She felt she was a boy, trapped in a girl’s body. At a loss, the parents explained to the twins what had happened. Brenda changed her name to David, but the whole affair had a destabilizing effect on the mental state of the boys. Brian took his own life in 2002 and David followed in 2004.

Money had no comment to make on this tragic outcome. For all these reasons, at a conference organized by the Heritage Institute, Dr. Michelle Cretella, the President of the American College of Paediatricians said that allowing the confusion of gender in children and transition-affirming protocol are child abuse. She added that the promotion of this theory is ‘ideology masquerading as science’.

An effort to point out the absurdity to which we have been brought by this theory was made this week by a Labour party activist who rejects- and ridicules- the party’s line on trans women taking positions meant for biological women. He planned to stand for the job of women’s officer in Basingstoke because he identifies as a woman ‘on Wednesdays, between 6.50am when my alarm goes off and around midnight when I go to bed’. He added ‘My womanness is expressed by my saying “I self-identify as a woman” now and again on Wednesdays. I make no changes in my behaviour or my appearance. I keep my name, David, and my male pronouns. I wear the same sort of clothes I wear the rest of the week. I keep my beard. I enjoy the full womanness of my beard’.

Needless to say, he has been suspended.

I was interested to see that he was supported by feminists, who also wanted women’s jobs to go to ‘biological’ women. This seemed curious, but further investigation revealed that trans men (i.e. ex-women) are to be encouraged, because they are women expressing themselves and their right to define who they are, but trans women (i.e. ex-men) are a bad thing because they’re intruding on the rights and privileges of biological women. In an effort to understand, I somehow became involved in a world of TERFS, TWERFS and SWERFS and, despite an expensive education, was forced to admit that the nuances differentiating these sub-groups of the feminist movement were too subtle for me to grasp [WJL].