BBC Tells Schoolchildren There Are ‘over 100’ Genders

Source: Breitbart
The British Broadcasting Company (BBC) tells primary schoolchildren that there are over 100 genders as part of its “Teach” video series, which has some concerned parents and observers up in arms.
Thomas D. Williams, Ph.D. | 14 September 2019 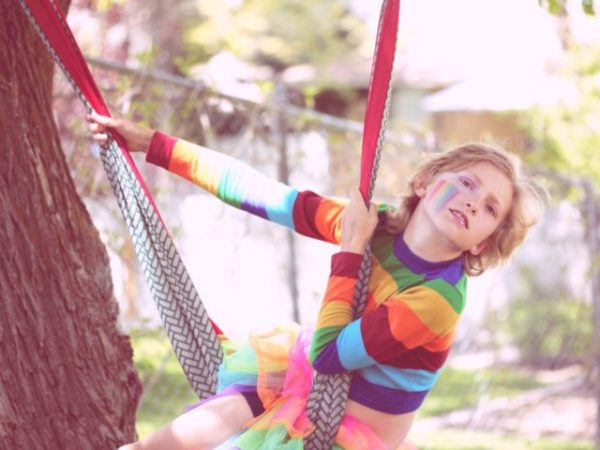 The video for schoolchildren aged 9-12 is part of nine new BBC Teach films produced as support material for the personal, social, and health education (PSHE) curriculum in UK schools.

Telegraph columnist Celia Walden has written a scathing review of the program, which she calls “noxious nonsense” that poisons children’s minds, a product of the modern “Emperor’s New Clothes gender diversity narrative.”

BBC is indulging in the “propagation of misinformation,” Ms. Walden writes, thereby betraying its journalistic duty “to deal not in fads, but facts.”

By “willfully warping their minds,” she continues, BBC is contributing to making the new generation of children “as self-obsessed as the supposed grown-ups.”

Self-expression no longer means “appreciating individuality and producing something of wider cultural value,” Walden laments, but “folding in on yourself and behaving in an unashamedly selfish way.”

“All of which is likely to leave us with a generation of lost, confused and angry young adults asking a question we will find it very difficult to answer: ‘How did you let this happen?’” she writes.

Most viewed articles
Hallowed Be Your Name: Some Grammar and A Reflection192
Who Is the Author of Confusion and Fear?158
Church Dating 1,600 Years Back Discovered in Turkey’s Priene Ancient City147
Patriarch Kirill: Teachers of the Basics of Orthodox Culture at Schools Have a Tremendous Task125
Seven-day celebrations dedicated to the Saint who helped Bucharest during plague epidemic begin on Thursday69
Holy Intercession Church in Glen Cove, NY, Celebrates its 70th Anniversary63
How to Read the Bible63
Patriarch Kirill Encourages the Media to Report Proper and Adequate Information about the Church37
Since the Start of the Pandemic Moscow Priests Have Made Over 4,000 Visits to Patients with COVID-1922
Words from St. Isaac of Syria1
Most popular authors
Pravmir.com team247
Archpriest Michael Gillis192
Fr. Stephen Powley158
Dilan Pamuk147
Aurelian Iftimiu69
Archpriest Lawrence Farley63
Archpriest Stephen Freeman1