On the “Golden Age” of Christianity
Vladimir Legoyda | 03 June 2016 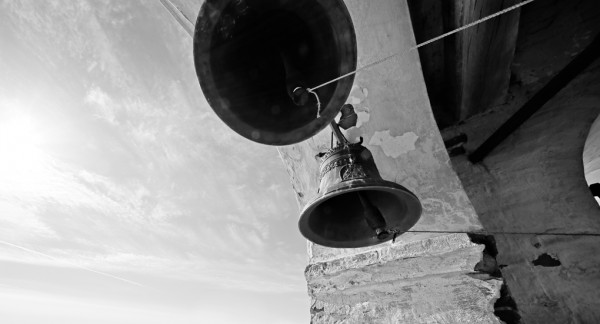 Every now and then you hear people say, “Oh, no, these days the Church is no longer as it used to be ten (twenty, thirty, etc.) years ago…  While back in the day when…” This is usually followed by a more or less coherent attempt to explain why it used to be better then.  Often people holding such views have their own personal reasons and grievances against church life.  There is obviously no possible way of examining them all.  Yet they also have a mistake in common which must be discussed. The Church does not have an ideal time that it would like to return to. Very often we think that the Golden Age happened sometime in the past and the memory of it prevents us from having any hope for today, because we have left the ideal so far behind.  Many think that the best time in the history of the Church was during that short period of time when the Lord walked on the Earth and spoke to people, when He healed and performed miracles, and that as we move further away from those days, the community of the faithful grows worse and worse…  Or could it have been that age of early Christianity filled with exploits of martyrs and confessors?

e is a certain kind of logic to this approach, but I believe it is connected more with the sudden increase in the number of Christians rather than with the time in which they lived.  Considering that at some point the Church was comprised of twelve Apostles, then another seventy joined, and then thousands, tens of thousands, millions followed Christ…  And, naturally, as more and more people filled the Church, it became harder to hold on to what in the dry language of sociology could be called “the median moral level of the Christian community.”  It is of course obvious that not all Christians will be as selfless and audacious as the twelve Apostles.  Though even among the twelve there was a traitor… But this is exactly why this is not just a question of time and its proximity to the events of the Gospel.

It is not a question of whether or not there was a different time in the life of the Church; the point is that that very life is built by a different, non-human, logic. It is built by the holiness of God, not by people’s merits.  And the saints, as the most convincing partakers of God’s holiness, lose none of their holiness for having lived outside of the time of early Christianity.  Do we really go about trying to decide which saint is more important: St. Basil the Great or St. Theophan the Recluse, St. John Chrysostom or St. John of Cronstadt?  And can we actually say that, because he lived in the nineteenth century, St. Seraphim of Sarov cannot be compared to St. Dorotheus of Gaza who lived in the sixth century?  There are saints, and non-saints, and “everyday saints” at all times in the life of the Church. Why?  Because in Church there is and there can be no such thing as perfect time.

The Gospel clearly states that Jesus Christ is the same yesterday, today, and forever (Heb. 13:8).  And it doesn’t matter how close we are to the time when He walked on Earth and when the great Christian ascetics lived.  Christ is equally close to us.  Metropolitan Anthony of Sourozh expressed a thought that any Christian community “should be such a community that could write the Holy Book, proclaim it within its experience, bring it forth, give birth to it.” (Sermon given on Sunday 26 November 1967). The presence of Christ in a person’s life is the sole and main point of support in any time and in any age.

By giving us the Mystery of Communion and by means of this Mystery remaining with us on Earth the Lord built His Church. By His Resurrection, His victory over death and sin He enabled us already now, in our earthly lives to become communicants of this victory.  We recall this at every Liturgy, especially during Pascha.  Christ said that He would build such a Church that the gates of Hades would not prevail against it (Matthew 16:18).  So if even devilish forces are unable to destroy the Church, much less is it possible for any human to destroy the Church, be it from the outside or from within.

Of course, the weaknesses of Christians can affect the reputation of the Church, but they have no bearing on its Truth.  In no way does this mean that we should tolerate some of the existing problems and accept as normal that which is dissolute.  However, not tolerating something does not mean that we should go from being critics to faultfinders.

There is a certain kind of childish naiveté about the search for the ideal time and the indignation against our contemporaries who do not reflect the ideal.  Is it bad?  I doubt it, considering that Christ Himself used the child and his perception of the world as an example for us.  I remember when I first came to Church as an adult, in many ways I shared that very “childish” perception of things.  But there is this important point – a child eventually needs to grow up.

As children, we are all convinced that our parents are the most intelligent, the most beautiful, the kindest, and the best of people.  Yet when we grow up, we understand that unfortunately that is not always the case; that our parents may at times be wrong, that they may be unable to understand or know how to do certain things.  In some sense, the same applies to the way we see the Church.  As you get older, you see that life is more difficult than it seemed at first; that, unfortunately, you do come across clergymen and lay people who are not always worthy.  And you, yourself – are you actually worthy?