The next German Unity Day on October 3, 2013, will see a grand namaz prayer in the former Lutheran church of Kapernaumkirche in Hamburg as a further sign of integration of local Muslims into the German and European society. It’s not the first instance of Hamburg’s surprising religious tolerance. Earlier, many eyebrows were raised at the news that the Nour Islamic Center religious society bought a Hamburg Lutheran church.

The deal became possible because the number of parishioners had slumped dramatically in recent years. No one actually needed the church any more. Even so, some media outlets have questioned the legality of the deal. 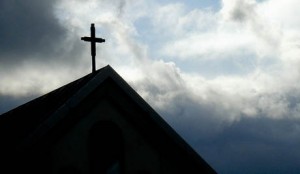 Daniel Abdin, the press secretary of the Hamburg Islamic Community, complained to the Voice of Russia that in the past couple of years the German mass media had been deliberately portraying Muslims in a sharply negative way. “We have never sought to occupy a church. That was not our purpose. For 20 years we’ve been praying in an underground garage, and for 8 years we’ve been looking for a prayer house. I understand the fears that stem from a lack of ties with Muslims. And I think that our task is to promote dialogue. The church in question is half-ruined, but it will be fully restored to its original architecture as a church monument protected by the state”.

The church has been closed since 2002, yet it remains a religious symbol and is perceived by people as a Christian temple, said Matthias Bechert of the Evangelical Church of Germany. The building’s owner sold it earlier this year without notifying the Evangelical church of Hamburg, he explained to the Voice of Russia. “In 2004-2005, we could not even imagine the building ever being resold, least of all to a non-Christian organization. There is intensive interreligious dialogue in Hamburg. We support our Muslim colleagues in their desire to openly profess their religion. But we should mark the differences. And though we find it is extremely unpleasant, the situation is the way it is”.

According to German media, at least 800 churches have been closed across the country since 1990. And though not all of them have been turned into mosques, the trend is obvious. In neighboring France, things are pretty much the same with Christian clerics ringing alarm as more and more people quit the traditional European faith.

Roman Silantyev, an assistant professor at the Literary University of Moscow, believes that what’s happening in Hamburg and other German cities attests to a kind of symbolic collapse of Western Christianity: once the most progressive faith claiming global domination, it is now ceding ground without a fight.

It looks like Europe is casting aside Christian values. But contrary to the expectations of nonbelievers, it is Islam and not secular or atheistic ideas that steps in to fill the niche.