It’s Not Who You Are; It’s How You Believe 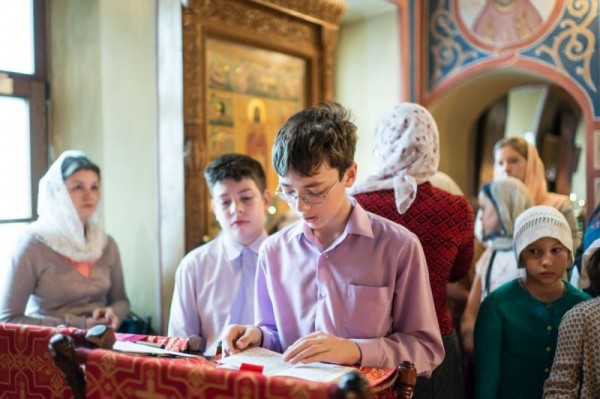 This morning’s Gospel reading teaches a very important lesson about salvation:  It is not who you are, but how you believe that will ultimately determine your place in God’s Kingdom.  The account tells us that Jesus encounters a Centurion in the city of Capernaum.  The soldier, a Gentile, approaches the Lord concerning his slave who is paralyzed and, in St. Luke’s telling of this account, the slave is near death.  Now if the story had stopped at this point it would have still been very remarkable due to the fact that the Centurion, an officer in the Roman army, was the muscle that enforced the oppressive rule of the Roman Empire against the people of Palestine.  One would conclude that the Centurion’s plea to Christ was nothing more than a last-ditch effort to cure his beloved servant.  But as with all of the Gospels, the true meaning behind the story goes beyond the act of the physical healing.

In his commentary on this passage, St. John Chrysostom commented that the faith displayed by the Centurion was even greater than that shown by the four friends who lowered the sick man’s cot through the opening in the roof to place the friend in the presence of Jesus, as recorded in Saints Mark’s and Luke’s Gospels.  The Centurion’s faith was so great that he did not need to have his sick servant brought into the physical presence of Christ.   The Centurion’s prayer was heard and granted…and the servant was completely healed at that very moment.

The Roman officer understood power and authority. When Jesus asked him, “Shall I come and heal him?” the question was posed not as Christ asking permission, but rather as a test for the Centurion, asking him, how strong is your faith?  Is it with earthly things that require a physical presence? Or does your faith lie in the spiritual realm, where belief in the unseen is stronger than that which is perceived by your human senses?

The officer responded: “For I myself am a man under authority, with soldiers under me. I tell this one, ‘Go,’ and he goes; and that one, ‘Come,’ and he comes. I say to my servant, ‘Do this,’ and he does it” (Matt. 8:9).  As a man used to commanding subordinates, the centurion knew when he was in the presence of another man of authority.  After His resurrection Jesus would tell His disciples: “All authority in heaven and on earth has been given to me” (Matt. 28:18), but the healing of the Centurions servant chronologically proceeded the resurrection, so the Centurion’s statement was based entirely on what he saw and perceived about this man named Jesus.  While he may not have understood all the deep theology and ancient history behind the prophecy of the coming of the messiah to the Jews, he was able to understand the power of God’s only Son.

The simple faith of the Centurion must have taken Jesus by surprise, for the Gospel says that He “marveled” at the Centurion’s confession.   It is fascinating to ponder the significance of this statement.  Jesus should expect this level of faith from the God’s covenant people.  After all, they had “Moses and prophets,” the Law and the prophecies to help guide them in their understanding of God’s messiah. They had spent centuries waiting for the return of the Son of David, who would overthrow the Roman occupiers and restore Israel to its former glory.  Yet when they actually came face to face with the incarnate God, they refused to believe in Him.

The Centurion, on the other hand, was a Gentile and did not have the same understanding and tradition of the messianic prophecies known by the Jews.  He did not come to Jesus demanding a “sign” of His divine power, as so often occurred with the Jewish leaders.  Instead, the Centurion came to Jesus on faith, driven by his love for his servant and a desire to see that servant healed.  The officer’s humility was clearly understood when he stated: “Lord, I do not deserve to have you come under my roof” (Matt. 5:8).

As an officer of the Imperial Roman army, the Centurion had almost limitless power and authority, but one thing he knew was that he did not have any power or authority over God.  It was therefore with a humble heart that he entreated our Lord, and by his faith proved himself a true believer: “But just say the word, and my servant will be healed” (v. 5:8).  There cannot be a more powerful statement of faith then to confess the belief that by a word physical health may be restored.

This now brings us to the important point of today’s reading that I want to highlight for our consideration.  After commending the Centurion for the strength of his faith, Jesus turns His attention to the very people to whom He was sent to save, saying to those following him, “Truly I tell you, I have not found anyone in Israel with such great faith.  I say to you that many will come from the east and the west, and will take their places at the feast with Abraham, Isaac and Jacob in the kingdom of heaven. But the sons of the kingdom will be thrown outside, into the darkness, where there will be weeping and gnashing of teeth” (vv. 8:10-12).  This is indeed a sad commentary made by our Lord regarding the level of faith that He witnessed in the “Covenant People.”  It took an outsider to demonstrate the strength of love and faith that is required for gaining a place in the kingdom of heaven.  Christ’s pronouncement comes with a dire warning: Do not fool yourself into thinking that you have a reserved seat at the table of the heavenly feast.  Those who are weak in their faith may find themselves with the others thrown out into the darkness, “where there will be weeping and gnashing of teeth.”

It would be very easy for us today to become complacent regarding our assumed place in the Kingdom of God.  We come to church on Sundays, pray a little and give a little bit of our time and money, and as a result we feel that we have done all we need to do to “guarantee a seat at the table.”  We see throughout the Gospel accounts that the religious leaders of Christ’s time felt that by matter of birth they were the inheritors of God’s kingdom.  They were to love the Lord their God and obey His commandments, and in return, the people of Israel would live under the love and protection of God, as well as receive the land and honor promised Abraham.  The Jews therefore felt that their place was secured as long they obeyed the rules of their faith.  Unfortunately, they often missed the most important part of the agreement: Love—the love of God and the love of their neighbor—that can only be understood through a deep and abiding faith in God.  Without this understanding of God’s requirements, the covenant became essentially meaningless, as Jesus points out in our reading.  The “sons of the kingdom” who will suffer in the darkness will be those who did not secure their place at the heavenly banquet by their faith.  The “darkness” is the void that is not filled by the eternal light of God—a complete separation from God.  As Jesus said, there will be outsiders who will be more worthy to share in God’s glory than even those who can claim to be part of the old covenant family.

These words of our Lord should come as a wakeup call for us as well.  How strong is our faith in the Son of God?  Are we resting on the laurels of our Christian heritage to save us rather than working on developing a deeper, more abiding faith in Jesus? Orthodox Christianity is certainly a means to an end, but should never be an end in itself.  When we begin to feel secure about our place in the kingdom because of who we are rather than how we believe, we become like the king’s subjects in today’s Gospel lesson, and maybe our place at the King’s table will be given to others who have a greater faith in God.

The Centurion did not rely on his position or authority.  Instead he relied on his faith in God through Christ.  We must never forget this lesson, for it is by the strength of our faith that we are able to partake in the Glory of God’s Kingdom.  May we someday each hear the voice of our Savior say to us as He said to the Centurion: “Go your way; and as you have believed, so let it be done for you.”