I Do Not Believe in Gospel Miracles, Is It Bad? 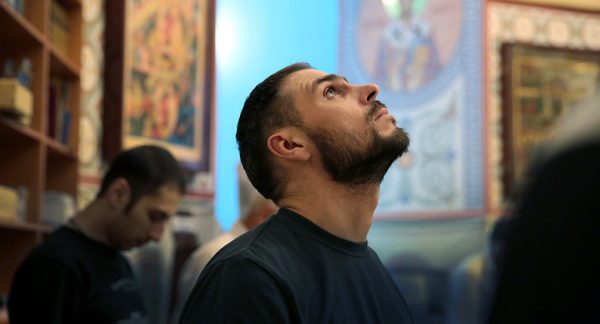 What could I say about miracles to him and anyone, who doubts their existence? I have witnessed many miracles. I could tell him, for example, about how a huge tuberculous cavern (cavity), which one young man had, vanished after unction and right before the surgery: I personally attended this unction, I personally know the cured man very well. I could tell about how a woman who had been addicted to alcohol for many years, cured of it right before my eyes. I could attest to a wonderful miracle that happened by the virtue of prayers to the saints of our church, Saints Cosmas and Damian. And so much more. However, this person would not have believed me. And he would have been right.

Why right? For there is no point in talking about external miracles, when we have not learned what an internal miracle is. For a person that looks at the world, while not believing in miracles, these stories would be ordinary fiction, they would not convince them of anything.

Nevertheless, I would have found something to say to a doubting person that came to me, because, in fact, a miracle is much closer to us than it seems. For me personally, one of the most powerful experiences of the miraculous is when nothing supernatural seems to be happening.

A person, a wealthy businessman, helped us a lot in the very beginning, in the 90s, when our church just opened. He came to us himself, payed for some things, icons, did some engineering work, and then went to another, poorer church, and he did that many times with new, just opened churches. Yet after a while he came to me in a very bad condition. He said, his business partner, who was his childhood friend, betrayed him. He took all the money they had and left him to deal with all the problems: with security forces, with bandits, with debts and so on… It was so serious and dangerous that he had to hide his wife and children.  Yet he withstood all of that and somehow managed to recover. A year later he came to us again. I asked him, “Well, did that person show up?” And he answered, “I do not care”. “How so?”, I asked. “I forgave him”. I was absolutely shocked: it was the 90s, that person almost brought him to the grave, he was a friend and became an enemy. The man noticed my sincere surprise and said equally surprised, “Father Fyodor, it is so written in the Gospel: we must forgive. Haven’t you read it? I do not hold a grudge against him: he wanted to live like that – whatever, let him”.

The question is: where is the miracle here? It is downright reality here! Moreover, it is the harsh reality of the 90s. But think about it, there is nothing in the logic of our world that could make this businessman say: I do not care that a loved one betrayed me, stole from me, that he messed up my life, that because of him I almost got buried in the woods. This is paradox, this is madness. Yet a person says this. And it changes the world. Yes, nothing visible happened: lightning did not strike across the sky, thunder did not crash, the earth did not open. However, life has become completely different on this piece of land.

This is a miracle, about which I would have told a doubting person, who came to me. A miracle that changes human heart. There are many such miracles among people, who become believers. Since now the majority of the parishioners of our churches is the people, who became believers independently, in adulthood, their life changes dramatically. They become completely different people. And no floating above the ground can compare to this transformation.

When you stop sinning heavily, despite the fact that you have sinned for years, when a sin becomes disgusting to you and you cannot imagine how you lived with it anymore, it is then, when miracles start happening in your life. All sorts of miracles. Amazing meetings, amazing people on your way, non-random coincidences; suddenly, when there is nowhere to expect help from, someone still helps you, suddenly, everything works out in an amazing way. There are a lot of such moments in life, and you start thanking God for them. Your whole life turns into gratitude, because you start seeing it as a miracle. You start seeing the hand of God and hearing the voice of God, Who communicates with you through the circumstances of your life.

If a person looks at life with faith and attention, they constantly see miracles in it. If their eyes open, after a while it becomes apparent to them and sometimes the miracles which we call external do not really surprise them much. But first you have to open your eyes.

I Keep Repenting of the Same Sin Over and Over, But I Can’t Get Rid of It. What Should I Do?

A reader asked Foma Orthodox journal: “I've been committing the same sin over and over again and confessing…

I Got Bored With My Husband. Is It Possible To Resurrect Dead Love? – Priest Answers

“They Come to Christ and Must Display Some Kind of Theatrical Performance.” Why Do Sincere Long-time Believers Leave the Church?

“Today, people who have sincerely been in the Orthodox Church for many years, who used to participate in…