Joseph Frank, whose magisterial, five-volume life of Fyodor Dostoevsky was frequently cited among the greatest of 20th-century literary biographies, alongside Richard Ellmann’s of James Joyce,Walter Jackson Bate’s of John Keats and Leon Edel’s of Henry James, died on Wednesday in Palo Alto, Calif. He was 94 and lived in Palo Alto.

The cause was pulmonary failure, his daughter Isabelle said. 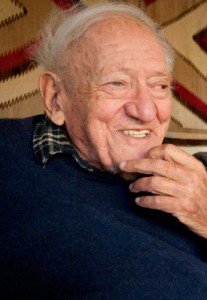 Mr. Frank was an emerging critic in the early 1950s and preparing a lecture on existentialist themes in modern literature when, to provide historical background, he began studying and analyzing “Notes From Underground,” Dostoevsky’s anguished cri de coeur in the voice of an embittered ex-civil servant, a novel that had influenced Jean-Paul Sartre, among others. The close encounter with the text changed his life, pivoting his interest to the intellectual culture of 19th-century Russia and consuming him to the degree that he undertook to learn Russian.

The Dostoevsky biography, conceived as a single volume, began in earnest in the early 1970s, and quickly outgrew Mr. Frank’s initial ambitions. His intention — and his eventual achievement — was to consider Dostoevsky’s work not primarily in the context of his life but as a reaction to life in czarist Russia and as part of the intellectual discourse of his nation and his time.

“Indeed, one way of defining Dostoevsky’s genius,” he wrote, “is to locate it in his ability to fuse his private dilemmas with those raging in the society of which he was a part.”

On the basis of only the first volume, “The Seeds of Revolt, 1821-1849,” published in 1976, which included an analysis of Dostoevsky’s first novel, the socialistic “Poor Folk,” critics were predicting a masterpiece: “Not only a great book about the early life of a great writer,” Hilton Kramer wrote in The New York Times Book Review, “but probably the best book any American writer has yet given us on the literary culture of 19th-century Russia.”

And when the second volume, “Dostoevsky: The Years of Ordeal, 1850-1859” emerged in 1984, dealing with his arrest, imprisonment and exile in Siberia for participating in a discussion group whose anti-serfdom views were considered subversive, the praise grew stronger: “Everything about this ambitious enterprise is splendid — its intellectual seriousness, its command of the Russian setting and sources, its modesty of tone, its warm feeling,” Irving Howe wrote in The Times Book Review. “Mr. Frank is clearly on the way toward composing one of the great literary biographies of the age.”

Volumes III, IV and V — Mr. Frank completed the final volume in 2002 — dealt with Dostoevsky’s evolution from radical to reactionary as he wrote his best known and greatest works, including “Crime and Punishment,” “The Idiot” and “The Brothers Karamazov.”

And in 2009, when he was already past 90, Mr. Frank published a one-volume synopsis of the entire opus,  “Dostoevsky: A Writer in His Time,” condensed and edited by Mary Petrusewicz.

“It’s now regarded as the best biography of Dostoevsky in any language, including Russian, which is really saying something,” Gary Saul Morson, a Dostoevsky scholar and professor of Slavic languages and literature at Northwestern University, said in a telephone interview, referring to the five-volume work. “That’s more or less universal. And this is my opinion, I don’t know if others will agree, but it’s the best biography of any writer I’ve ever read.”

Joseph Nathaniel Glassman was born on the Lower East Side of Manhattan on Oct. 6, 1918. His father died when he was 5 or 6, and his mother, the former Jennifer Garlick, subsequently married William Frank, and the family moved to Sheepshead Bay in Brooklyn.

Young Joseph, afflicted with a debilitating stammer that would later cause him to be rejected by the military, turned inward; he was a voracious reader from early childhood. He fared poorly at Erasmus Hall High School, but won a number of national essay competitions, and a sympathetic librarian pointed him toward the New School for Social Research, where he attended lectures while still in high school.

Remarkably, Mr. Frank never earned a bachelor’s degree, and his path to the heights of literary scholarship was singular. He attended classes at New York University, but when his mother and stepfather died within a year of each other, without money, he moved to Madison, Wis., where, he had learned, a dean at the University of Wisconsin was sympathetic to Jewish scholars seeking admission, and where he could earn state residency in a year.

It was in Madison that he began to control his stammer, his family said, and though he later made a career as a lecturer, he never conquered it entirely. He studied briefly at the university but left in 1942 for an editorial job in Washington at the Bureau of National Affairs, a publisher of informational journals on legislation, policy and like subjects. (It is now owned by Bloomberg.)

Throughout the 1940s, he published essays and criticism in literary journals, and one, “Spatial Form in Modern Literature” — a discussion of experimental treatments of space and time by Eliot, Joyce, Proust, Pound and others — published in The Sewanee Review in 1945, propelled him to prominence as a theoretician.

He went to Paris on a Fulbright scholarship in 1950, and in 1952 he was accepted by the Committee on Social Thought at the University of Chicago, where he eventually earned a Ph.D. He taught at the University of Minnesota and Rutgers, and was a professor of comparative literature at Princeton from 1966 to 1985. He finished his teaching career at Stanford.

Mr. Frank is survived by his wife, Marguerite Straus Frank, a mathematician he met in Paris and whom he married in 1953; their two daughters, Isabelle and Claudine Frank; a brother, Walter; and two grandchildren.

Before undertaking his Dostoevsky project, Mr. Frank was a wide-ranging intellect, writing on Robert Penn Warren and Henry James for The Hudson Review; Gide, Flaubert, Mann, Malraux, Goya and Cézanne for The New Republic; Camus, Sartre and Proust for The Partisan Review. He edited a volume of essays by the literary critic R. P. Blackmur.

The Dostoevsky volumes rankled some scholars with his change of heart regarding his subject’s anti-Semitism. At the start, Mr. Frank considered the charges that Dostoevsky was anti-Semitic to be exaggerated, but by the end of the final volume, “The Mantle of the Prophet, 1871-1881,” he had acknowledged the virulence of his subject’s prejudice. Some critics felt he was being inconsistent, others that he was too apologetic, even at the end.

“But he would always follow the evidence where it took him,” Robin Feuer Miller, a 19th-century Russian literature specialist at Brandeis, said in a telephone interview Friday. She added that his influence was immense. “Every time he would write something,” she said, “what a change in the reading of a novel it would engender!” 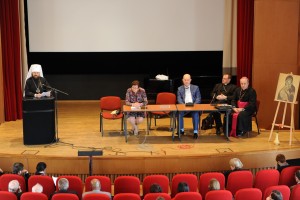