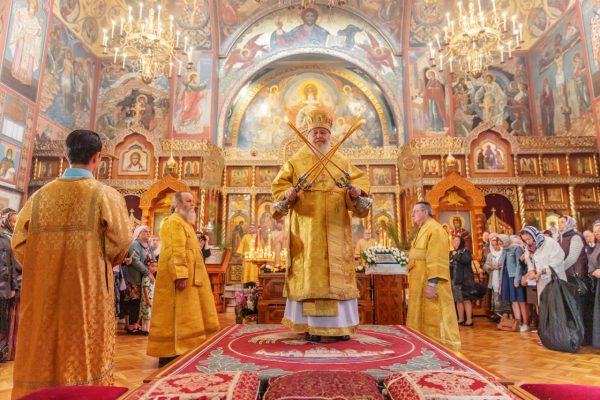 On June 28-29, 2019, the Cathedral of the Mother of God “Joy of All Who Sorrow” in San Francisco hosted the celebrations of the 25th anniversary of the canonization of St John (Maximovich) of Shanghai and San Francisco the Miracle-worker.

During the minor entrance at Divine Liturgy, Abbot James (Corazza) was elevated to the rank of archimandrite, Priest Sergey Kiryukhin was granted the golden pectoral cross from the Synod of Bishops. Bishop Irenei delivered a sermon before Holy Communion. After the service, a moleben to St John was performed, followed by a procession of the cross around the cathedral.

The archpastors, clergymen and worshipers then shared a festive banquet at San Francisco’s Russian Center, sharing memories of the holy man and his life and miracles.