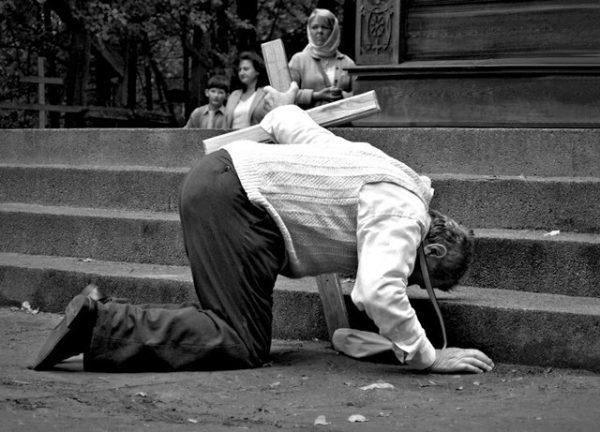 Over the past few years the media has been asserting as “fact” that we are living in a post-Christian era. Christianity has had its day and it is over. What is so very disturbing is that some Christian clergy and laity have been saying the same thing. If something is said often enough, does it really become fact?

Much of the world today is embracing the “religion” of secularism. It is this movement that seems to shout the loudest that Christianity is over. They may believe that with all their hearts, but so have others throughout history. The secular movement will eventually crash and people will be looking again for some meaning to their lives. The only real meaning to life is found in Jesus Christ and that will never go away.

Brothers and sisters, we are not a part of a dying religion. We belong to the Living Lord and to His Living Church. Remember His words from the Gospel of Matthew: “I will build My Church, and the gates of hell shall not prevail against it.”

If the very gates of hell cannot prevail against His Church, why would members of that Church tremble at the rantings of mere men and their meaningless philosophy?

Throughout history the Church has survived persecutions, martyrdoms, heresies, and false philosophies. Over the past 2,000 years all of these things come and go on a fairly regular basis. Sometimes they last for a few centuries, but they do end. True Christianity will be here long after the secularist movement has become a note in a history book.

Indeed, the Church will be here to offer solace to shattered lives and to bring meaning to lives that have lost hope through meaningless philosophies. It is the calling of all Orthodox Christians to carry the Faith to the next generation and not to get caught up with the proclamations of this world. A good thing for us to keep in mind comes from Hebrews 13: “Jesus Christ is the same yesterday, today, and forever. Do not be carried away with various and strange doctrines.”

If you become concerned about us living in a Post-Christian Era, remember that word “forever” from our Lord. He is not leaving us nor is He going to change. He alone remains the same and He will still be transforming lives long after this secularist movement has crashed. In fact, He will welcome with open arms all of those who rejected Him for the pleasures of this world.

One day there will be many “prodigal sons and daughters” coming home to the Father. That home is the Living Church of Jesus Christ.

Fr. Stephen is pastor of St. John the Baptist Greek Orthodox Church in Pueblo, Colo. and serves as executive director of Orthodox Christian Prison Ministry under the Assembly of Bishops.

“For all this His anger is not turned away and His hand is stretched out still.” (Isaiah 9:12,…

Most viewed articles
We Are Not Saint Mary of Egypt (But We Can Still Repent)222
Dining with Caesar163
What Does Asceticism Look Like?114
Orthodox Chapel to Be Constructed in Campina das Missoes53
Ukrainian Church Calls for De-Escalation of the Conflict in Donbass47
Archbishop of Australia Attends Commemorative Events for Battle of Crete in Melbourne46
Be Bearers of Light1
Most popular authors
Archpriest Geoffrey Korz222
Archpriest Lawrence Farley163
Pravmir.com team145
Archpriest Michael Gillis114
Maria Trushanina1
Metropolitan George (Khodr) of Mount Lebanon1