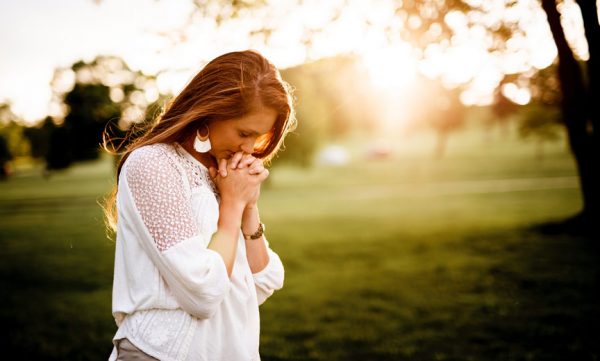 This seems to be the default mode for everyone, ancient or modern, secular or religious. Thus some ancient Israelites concluded that God must have hated the Assyrians because He hated Assyrian idolatry and oppression, and some today conclude that God must have hated Hitler because He hated Nazism and Nazi atrocities. Suggestions (made at a safe distance) that God did not hate the Assyrians (see Jonah 4:11), or that He desired the salvation of Hitler (see 1 Timothy 2:4) are met with derision and hostility. For most people, hating a sin involves hating the sinner who commits the sin, and allowing oneself the luxury of abuse and violence towards the sinner. The Biblical precept which leaves vengeance to God and in which God says, “Vengeance is Mine; I will repay” (Hebrews 10:30) is simply cast aside. We are delighted to function as God’s judges and little helpers, and mete out now the vengeance which we feel sure God will inflict on the Last Day. It makes us feel so good.

I note that this fallen principle is at work at many places in eastern Europe regarding homosexuals and homosexuality. I have never travelled to eastern Europe, but others have, and have brought back disturbing reports. These reports indicate that some people over there quickly, easily, and happily translate their rejection of the sin of homosexual activity into persecution, abuse, and violence against homosexuals. The Orthodox notion, found in the West (and in this blog) that all sinners, including homosexuals, should be treated with respect and kindness is rarely even considered. It is, I am told, very dangerous to admit to being a homosexual over there, for such an admission could result in being subjected to extreme violence.

It is otherwise in the West, and at least in Canada (the situation I know best), the situation is almost reversed: any speaking against homosexuality is subject to hostile opposition, public vilification, and possibly legal action. No politician that aspires to election may criticize homosexual practice, and failure to participate in Gay Pride Parades is dangerous to one’s political aspirations. Big Brother is watching us, and he flies a rainbow flag. It is therefore necessary here in the West to speak the truth about homosexual practice in the Church and to embrace a counter-cultural approach if one would be faithful to the traditional apostolic faith. There is no real chance of reversing the cultural tide flowing against those oppose homosexual practice. In Canada anyway, that battle is over, and the Christians have lost. Our experience here therefore is utterly different from those in eastern Europe. There, I am told, it is the homosexuals who are vilified and in danger.

This reality of the very real danger in which homosexuals find themselves accounts for the fury that sometimes accompanies gay activism here in the West. When a western writer (such as myself) points out the Church’s Tradition and the Scripture’s teaching that homosexual practice is unnatural and sinful, some people react with considerable anger. In one sense this anger is entirely understandable, for they are not thinking of my western exegesis so much as the eastern experience of homosexuals currently under threat. When they read the words, “the Bible condemns homosexuality”, they also read the subtext, “and therefore it is completely acceptable to abuse, hurt, and even kill homosexuals”. It doesn’t matter that I did not say this, and emphatically reject such a conclusion. The pain felt by homosexuals under attack is too great for them to separate my exegesis from the larger picture. For them, the Church’s traditional exegesis leads inevitably to the current anti-homosexual debacle and to the attitude often found in the east.

It needs to be stated that such an attitude of hatred of homosexuals is simply sinful, wrong, damnable, and subject to the wrath of God. We are to love our neighbour, whether he or she is straight or gay, whether our neighbour fornicates or is chaste, whether our neighbour is honest or crooked. We may hate homosexual practice, fornication, and dishonesty, but we must love our neighbour and treat him or her with kindness, love, and respect, whatever their behaviour. If we do not, we disobey Christ and sin against Him, and will ourselves be liable to judgment on the Last Day.

I suspect the attraction of collapsing the sin and the sinner into one and refusing to love the sinner while hating the sin is rooted in our own insecurity. It is hard to look at our own sins. When we do, we feel insecure, frightened, and guilty. It is a relief to turn our gaze from ourselves to the sins of others, and to imagine that we are better than they are. I am not a homosexual; I am not a heretic; I am not an Assyrian idolater. And I thank God that I am not as these other men are. I am straight, Orthodox, and a true Christian. I fast twice a week; I give tithes of all I possess (Luke 18:12). The disease of the Pharisee lies in wait for all who would strive to serve God. The error of the Pharisee was not in thinking that the sins he condemned (such as extortion, injustice, adultery, or tax collector gouging; v. 11) were wrong. His error consisted in looking steadfastly at those sins while ignoring his own.

It is such a relief to look away from one’s own sins and focus upon the sins of others, and this relief is, I suggest, at the root of the failure to distinguish the sin from the sinner. God loves every sinner—He loved the Assyrian idolater, the Nazi, the extortioner, the unjust, the adulterer, and the tax-collector. He loves the homosexual, and we must love them too. (Please note that I am not equating homosexual sin with idolatry, Nazism, extortion, or adultery. My point is that if God did not hate the Assyrian idolater and the Nazi, how much less does He hate the homosexual.)

I also think I understand the varied motivations of those in eastern Europe as they hate and persecute homosexuals. Part of their zeal is, I suspect, rooted in their fear that the western contagion of militant gay activism and the draconian normalization of homosexuality will spread to the east. But fear is a poor source of motivation. Submission to Christ is a better one. And that submission demands that we love all the children of men, regardless of their sins, real or imagined. Violence to anyone is unacceptable for Christians.