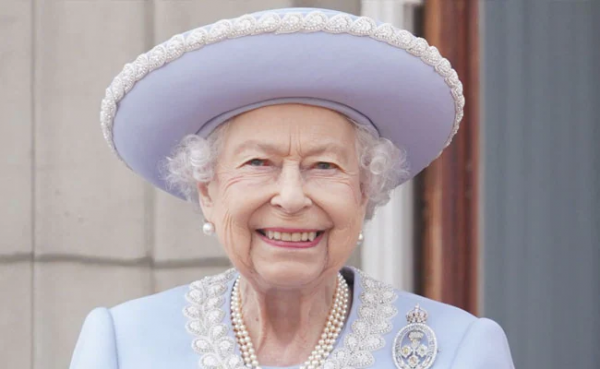 On September 8, Her Majesty Queen Elizabeth II reposed in the Lord at the age of 96.  She had reigned as the Queen of Great Britain and other countries (such as Canada) and head of the British Commonwealth for 70 years, which is somewhat longer than oldsters like me have been alive, and therefore set a record as Britain’s longest reigning monarch.  Given that Britain has had monarchs for about a thousand years, this is quite a record.  For Canadians of my generation, she was like a mountain, a part of our interior landscape, something we subconsciously felt would always be there.  The syllables “Queen Elizabeth” were not two words, but one:  “Queenelizabeth”, as if she were a single immortal institution, a sui generis.  If you count my Anglican days, I had been liturgizing and commending her to God for about 43 years, and saying the words “Her Majesty Queen Elizabeth” had become a muscle memory.  Having to now replace the phrase with “His Majesty King Charles” feels like a kind of ungrateful betrayal, an emotional treason.  My interior world has been altered by her passing.

I will not sing her considerable praises here; that happy task is being ably accomplished by others as I speak.  Instead I would here like to make a defence of the British monarchy as a form of government.  I am, of course, vividly aware that for many people in the world, including my American friends, the defence comes a little late, since America opted out (shall we say) of the British monarchy over two centuries ago.  I am not here suggesting that they shouldn’t have done so.  Nor am I commenting on the superiority of one system of government over another.  My point is not that all republics should become a monarchies, but that Britain should not now, at the present time, opt for becoming a republic.  Please let me explain.

There are a number of people who have great love and respect for Queen Elizabeth, but who feel that with her passing the time has come for Britain and its Commonwealth partners to dump the monarchy as a system of government.  Some make the argument because (they say) keeping the royal family costs too much, despite the Queen’s offer some decades back of paying tax on the royal income.  Some others have countered that the presence of the royal family in Britain more than makes up in tourist dollars the cost of keeping them.  But to me the whole financial argument misses the point, as well as being terminally tawdry, tasteless, and tight-fisted.  It is like objecting to the cost of a beautiful cathedral because the money could have been spent otherwise in larger welfare payments to the unemployed.  Things like beauty, vision, and symbolism defy simple economics.  But I suspect that most people who want to exchange the monarchy for a republic are not motivated primarily by these financial considerations.

The Queen was immensely popular with the masses because of her heroic dedication to duty and public service.  She was always gracious, always a class act (to speak the language of the street), and never attracted a whiff of personal scandal in all her long seventy-year reign. In other words, the Queen had pizzazz, an essential element in modern popularity.

We now insist that all our rulers have pizzazz.  Canadians as old as myself will remember, for example, how Pierre Elliott Trudeau had pizzazz, while his political rival Robert Stanfield had none.  That was the sole reason that the former was elected in a bout of what was called “Trudeaumania” and why Stanfield was left out in the cold.  Pizzazz is essential to survival.

Many people will recall Prince Charles’ missteps (let us call them) with Princess Diana.  Princess Diana had pizzazz—she was warm, outgoing, young, and beautiful, and she became “the people’s Princess” because of it.  Charles, even without his missteps, did not have pizzazz, and his treatment of Diana lowered his pizzazz quotient even further.  Charles and Diana’s son William however, now married to warm, outgoing, young, and beautiful Kate, does have pizzazz, and that is why some are wistfully wondering if perhaps the royal line of succession shouldn’t skip over Charles and crown William as the next British monarch.  It is not that people will not forgive Charles for what happened decades ago with Diana; it is because, for all his many gifts, intelligence, and diligence, he has all the pizzazz of a week-old quiche.  Like I said, pizzazz is now essential.

This is, I suspect, the real reason why monarchy is considered out of date, anachronistic, and ready for the ash heap of history.  It is not that a constitutional monarchy has been proven to be a less effective form of government than a republic.  It is that the next candidate for the office lacks pizzazz.  My guess is that if it were William and not Charles whose face was set to be on the coinage and the postage stamps the call for a British republic would be more muted.

What then is the real reason for retaining the monarchy?  In a word:  “tradition”.  Or, if that word causes too much groaning and eye-rolling, “historical linkage”.

It should not require abundant documentation to see that our current age is awash in insanity.  Government forms ask us which of 52 genders we prefer to be, “cookies” track our every move, and thought police are at hand to cancel and persecute those who are judged to deviate from the accepted insane norms.  Those in power are at war with the past, and are keen to pull down statues and efface the names of those from the past who remind us of a previous day and whom they assess as insufficiently “woke”.  The past, immediate and ancient, though of course not perfect, provides a background and a standard by which our present norms can be judged and analyzed.  Naturally the powers that be oppose such analysis, and are keen to rewrite history if they cannot proscribe it entirely.

It is just here that we need our historical linkage with these past days.  Tradition provides us with a connection with past, and with the norms enshrined in those days.  We may not want to embrace all those norms today, but knowing what they are provides a place for us from which to analyze and judge our modern norms.  That is why tradition is so valuable.

The British monarchy is one of those traditions, for in embracing that monarchy we seize the end of a chain going back a thousand years.  The royal family brings with it more than mere pomp and protocol.  It brings with it symbolism and a vision containing realities and sanities fast disappearing from our culture.  For that reason alone the monarchy should be retained, regardless of the pizzazz or lack of it of any particular monarch.

The Queen is dead, and the sane world in which she once lived is fast dying.  Long live the King.