Many are Called, Few are Chosen

22 And Jesus answered and spake unto them again by parables, and said,2 The kingdom of heaven is like unto a certain king, which made a marriage for his son,3 And sent forth his servants to call them that were bidden to the wedding: and they would not come.4 Again, he sent forth other servants, saying, Tell them which are bidden, Behold, I have prepared my dinner: my oxen and my fatlings are killed, and all things are ready: come unto the marriage.5 But they made light of it, and went their ways, one to his farm, another to his merchandise:6 And the remnant took his servants, and entreated them spitefully, and slew them.7 But when the king heard thereof, he was wroth: and he sent forth his armies, and destroyed those murderers, and burned up their city.8 Then saith he to his servants, The wedding is ready, but they which were bidden were not worthy.9 Go ye therefore into the highways, and as many as ye shall find, bid to the marriage.10 So those servants went out into the highways, and gathered together all as many as they found, both bad and good: and the wedding was furnished with guests.11 And when the king came in to see the guests, he saw there a man which had not on a wedding garment:12 And he saith unto him, Friend, how camest thou in hither not having a wedding garment? And he was speechless.13 Then said the king to the servants, Bind him hand and foot, and take him away, and cast him into outer darkness, there shall be weeping and gnashing of teeth.14 For many are called, but few are chosen.

Today’s parable needs a little explanation. Placed in its context the message is much more meaningful. 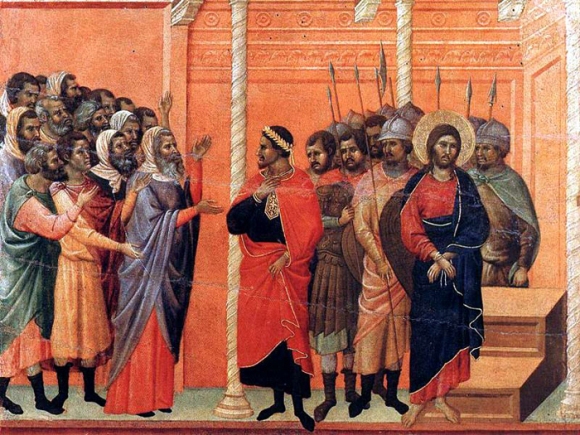 The parable has three parts. In the first, a king sends servants to invite guests to his son’s marriage feast, but they make light of it, refuse to come and kill the messengers. The angry king sends his troops to wipe them out and burn their city.

In the second part, the king sends more servants out to invite others to the feast, everyone they find, the good and the bad.

The third part deals with the discovery of a guest at the banquet that does not have on a wedding garment. He is cast out of the assembly into a place of darkness and gnashing teeth.

A major theme of the Lord’s life was his criticism of the religious structures and authorities of his time. When Jesus curses the fig tree because it bears no fruit it is taken as a symbol of the spiritual deadness of the Temple cult. The invited guests who snubbed their noses at the king and were punished represent those who turned Judaism into a religion of law and ritual forgetting the spirit that animated it. The extreme reaction of the king represents God’s judgment on the religious authorities that remembered the law, but who had forgotten the “weightier” things, mercy, justice and compassion.

The servants who were murdered in the parable are the prophets. The second group of servants who were sent out is the Apostles and Disciples of Christ. Those who accepted the invitation included the poor, the sick, and sinners of all kinds, the depressed, the outcasts of society, the Gentiles, the good and the bad.

The man who was not properly dressed was a wolf in sheep’s clothing. He represents the one who slips into the assembly with evil intent. The early church was embroiled in an argument between the Judaizers who wanted to impose Judaic laws on the Church and the followers of St. Paul who opposed them. Thankfully, St. Paul won the day then, but the temptation to return to that stultifying form of legal dogmatism remained a problem and still does to this day. I daresay that Jesus would have much the same to say to us as he did to the rulers of the Temple cult.

There is a popular slogan among evangelicals these days, “What Would Jesus Do?”

That is a good question, but a dangerous one. I tell you right now that Jesus would not do what we think he would do. We do not typically make the decisions he would make. Unless we are ready to be numbered among sinners and crucified we’d best not ask that question. Jesus loved to associate with outcasts and sinners. He loved them so much his enemies said that he was one of them. They called Jesus a sinner and demon-possessed. Even his family thought him crazy. He angered religious authorities, breaking ritual laws and custom, so much that he was considered irreligious. We must be careful if we say we want to follow Jesus. “If they persecuted me, they will also persecute you,” he told his followers.

Fr. Alexander Schmemann taught that Jesus represents the end of religion. He did not come to found a new one. Jesus came to bring life not to construct still another Temple cult. “There will come a time when those who worship God will not worship in Jerusalem or on this mountain, but in spirit and truth.” The Church is not a club for the elite, for the righteous few. We have a name for that sort of thing and that is “cult”. The Church is not a cult it is a hospital for souls. “The Sabbath was made for man not man for the Sabbath.”

There is not one among us that does not need to change. Not one. In one way or the other every life is in need of correction. If you remove all sinners from the church you will have no one left. “Let he who is without sin cast the first stone.” In this light the “wedding garment” becomes a garment of love as opposed to a “garment of law”. The guest who did not don his wedding garment was one who would be happy to cast the first, second, third and last stone. Therefore, he does not belong at the banquet or in the kingdom of heaven. Heaven has need of only one king.

I am grateful to God that worthiness is not a prerequisite to drawing near. There are only two: desire and humility. Everyone with desire and humility are welcome to draw near to God in this place and it is not appropriate for any among us to determine who among them is wheat and who are tares. The Lord taught that we must not try to distinguish the tares from the wheat and remove them because we might end up pulling up the wheat as well. Only God can tell the difference. Only God can judge with equity and wisdom.

Metropolitan PHILIP tells all of his priests that their parishes will be filled with good sheep and bad sheep. It is our job as priests and yours as parishioners to love all the sheep in the flock equally and unconditionally, just like Jesus did. It is our job to put on the “garment of love”. “If you say you love God whom you cannot see and you do not love your neighbor whom you can see, then,” writes St. John, “you are a liar.”

There is a unique recipe for every human life. Each recipe has innumerable ingredients some so exotic and rare that you couldn’t find them at Whole Foods if you tried. We do not know all the reasons why we do the things we do, think the things we think, choose the things we choose. The human heart is an unfathomable mystery. So, why do we, who do not even know the depths of our own hearts, dare to judge another person? If we do not know the ingredients of the recipe, we could not possibly understand why people are they way they are. Only God knows the human heart and that is at least one good reason why only God is able to judge with equity. To us He says, “Do not go there!”

Remember these words from the fox in THE LITTLE PRINCE, “It is only from the heart that one can see rightly. What is essential is invisible to the eye.”

Wasn’t Jesus often criticized the Pharisees because he considered it better to hang out with the people they despised: social outcasts, sinners, the ritually impure and the poor? They called him a sinner and demon-possessed for associating with him, but he did not see this as a cause for concern or shame. If the Lord really is here, we must expect all kinds of people to be drawn to us and that is neither cause nor reason to fear or to be ashamed. 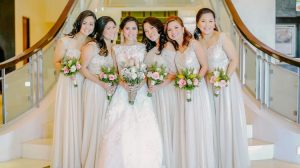 Behold The Goodness and Severity of…
Archpriest Michael Gillis

In Jesus’ parable about those invited to the King’s wedding dinner, we are both terrified and… 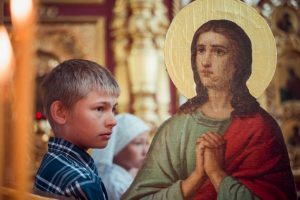 How to Wear a Wedding Garment…
Priest Philip LeMasters