Two Keys In Understanding the Meaning of the Gospel

Source: DECR
Metropolitan Hilarion (Alfeyev) | 15 March 2017
Metropolitan Hilarion of Volokolamsk, head of the Moscow Patriarchate department for external church relations, performed the pilgrimage to Holy Mount Athos from March 11 to 13, 2017. Visiting the Simonpetra monastery he was asked by the father superior Archimandrite Yelisey to say a few words about the spiritual struggle we all are engaged in on the threshold of Holy Pascha. 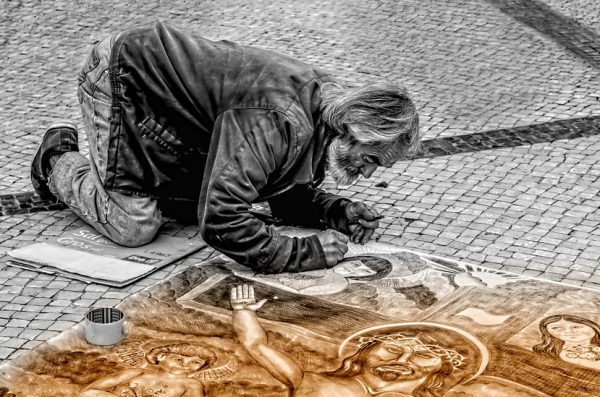 When I am asked about the most important thing in Christianity, I always give the same answer: What the most important is Christ. Christ is the core of our faith. Throughout our life we carefully listen to His voice, look into His image and by our spiritual sight we see in Him God and Man, as holy fathers and the holy Church have taught us. 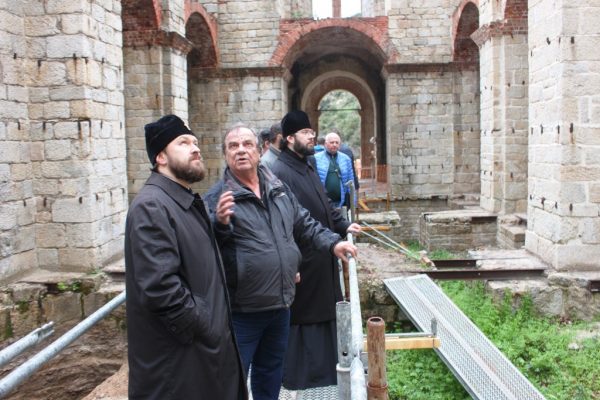 The holy old man Simeon, when he took Infant Jesus, said: ‘This child is destined to cause the falling and rising of many in Israel and to be a sign that will be spoken against’ (Lk. 2:34). To this day Christ is an object of argument for very many people. Each year, ever new and new books about Jesus Christ keep coming out. Some authors write that there was no such Man at all; He was invented.

Others say there was such a Man; He wrote sayings which His disciples read and many decades later the followers of Jesus invented various legends about Him.

In order to understand the meaning of the Gospel, it is necessary to read it in a special way. The holy Gospel can be compared to a safe locked with two keys; to open this safe and take out the treasure it is necessary to use two keys, as one is not enough.

The first key is faith and belief that the Lord Jesus Christ was a real man, the same as you and I. Just as we He felt tired, needed rest and food, was angry and glad and wondered – we read about all this in the Gospel.

The Gospel also tells us how, for instance, during a strong storm the Savior felt asleep in the stern so soundly that neither the noise of the wind not the roar of waves could wake him up. Some interpreters of old said that He fell asleep in order to teach faith to His disciples. Perhaps, it was providential but Christ fell asleep not to teach somebody something but because He was tired. For a whole day He received people, talked to them, healed the sick and therefore He humanely was very tired and slept so soundly that even a storm could not wake Him up. This and many other stories in the Gospel show that Christ was a living, real Man. And it means that all the suffering described in the Gospels were absolutely real, such as any man would endure in a similar situation.

But what the human history of Christ means for us? Was He the only one of all the people Who was crucified on a cross? Was He the only one Who was sentenced unjustly? When Spartacus’s rebellion was suppressed, 6 thousand people were crucified on crosses along the Appian Way. Why then none of these crosses produced the same effect as did the Cross of the Lord Jesus Christ? – Because Jesus Christ was not only Man but also God. And it is the second key necessary to open the treasury of the Gospel. That is why all that He says and all that happened to Him is absolutely important for us.

The Son of God not always uttered things original – sometimes He simply repeated what the Old Testament says and sometimes gave His own interpretation to Old Testament texts. And all this would have an importance it has for us if it were not the words of God addressed directly to us. People often ask questions about God; many things in Him are not understandable for them. Many pilgrims, for instance, who come to Mouth Athos to ask spiritual fathers why God does this and not otherwise, why there is so much injustice in the world, why there is evil, why people have to suffer.

There is simply no theological answer to all these questions, but God has given a single answer to all human questions. This answer is the Lord Jesus Christ. To the question why people suffer we can answer that the Lord Himself took upon Himself people’s suffering. To the question why there is evil in the world, we say that the Lord met this evil face to face and in His human life conquered it when rejected the devil’s temptations. And when people ask: Why we should die, why the human being cannot be immortal? – We remind them the God Himself accepted death but did it to open up for us a way to immortality. The Lord Jesus Christ is God’s answer to all human questions. And for us, monks, Christ is a source of continued daily inspiration.

That is why holy fathers said that we should read the Gospel every day. It would seem what it has to be read every day for if we already know all these Gospel’s stories by heart? – Because every time we open the Gospel, we come to stand face to face before the Lord Jesus Christ Himself and every time, through the reading of the same passage the Saviour may open something new for us. That is why the Gospel is never tiresome for those who read it and that is why it never becomes obsolete. And for it to always open something new for us, we should read holy fathers’ scriptural interpretations and, most importantly, to always live in Christ.

After all, all our monastic life, its whole way and structure shaped through centuries is to make us encounter Christ in our own spiritual experience. We meet Him through the Prayer of Jesus, when we utter His holy name continually and many times over. We meet Christ in the divine services of our Church, when, through a series of feasts during a year, His life passes before us. We meet Him in a special way and unite with Him in a special way when we take in the Body and Blood of Christ. Through all this we unite with Christ spiritually and bodily.

I would like to wish that our monastic life may be a continued and daily revelation of the Lord Jesus Christ, that every day, opening Christ for ourselves, we may open Him to other people as well.

I wish you all the good Forty Days and wish that you may celebrate the feast of the Bright Resurrection of Christ in joy’.