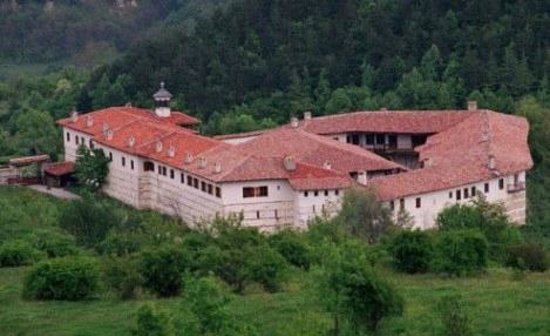 Several arrests have been made in connection with an attempted robbery at Bulgaria’s Rozhen Monastery on Tuesday, reports the Sofia Globe.

The Rozhen Monastery of the Nativity of the Mother of God is one of few well-preserved medieval Bulgarian monasteries and is the largest in the Pirin Mountains in southwestern Bulgaria.

As the Sofia Globe reports, six masked men entered the monastery at about 8:00 PM on Tuesday. They tied up the priest who was present and began digging into the wall behind the iconostasis in the monastery church with picks and spades. Two of the men stood guard while the other four dug into the wall. Local legend holds that there is treasure hidden somewhere in the monastery, but the men left after about half an hour with nothing but the priest’s cell phone. Thankfully, they did not take or damage any of the valuable icons, including the wonderworking copy of the Iveron Icon of the Mother of God, or any of the cash donations to the monastery. Fr. Teofil was shaken but uninjured. The monastery’s wonderworking copy of the Iveron Icon. Photo: vagabond.bg

With pain and anxiety, we report that in the evening of 09.18.2018 an attack was carried out on the Rozhen Monastery of the Nativity of the Most Holy Theotokos, and physical violence against a priest in the monastery by a group of unknown perpetrators has been carried out and investigations by the competent authorities are currently underway, so access to the monastery will be limited indefinitely.

The faces of two of the men were captured on the monastery’s security cameras, which aided police in making arrests in the case in Kurdzhali, Sofia, Petrich, and Sandanski.

Elena Gotseva of the Regional Prosecutor’s Office in Sandanski said that pre-trial proceedings have been initiated but no criminal charges have yet been pressed.