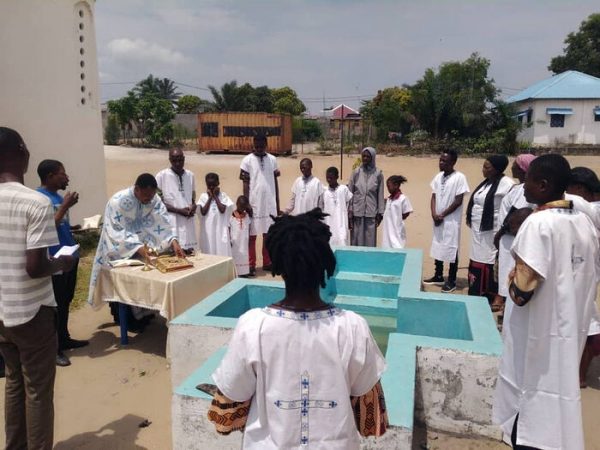 A mass Baptism was celebrated in the Republic of the Congo on Saturday, November 14.

More than 15 people received the washing of regeneration and were united to Christ in His holy Orthodox Church in the baptistery of the Holy Archangels parish in the Kingasani neighborhood of Kinshasa, reports the Orthodoxia News Agency. The parish community does not have its own church yet, but is hoping to find donors to make their dream come true. In February of last year, more than 500 Tanzanians received holy Baptism, and that October, 75 were baptized in Uganda.