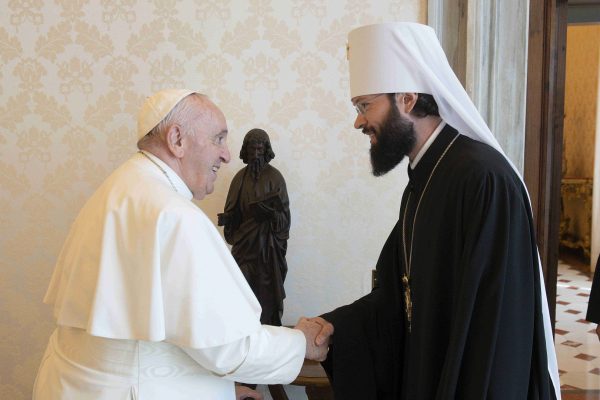 On August 5, Metropolitan Anthony of Volokolamsk, Chairman of the Department for External Church Relations of the Moscow Patriarchate, visited the Vatican at an invitation of Pope Francis of Rome and met at the Apostolic Palace with the head of the Roman Catholic Church.

During their conversation, which was held in Italian, Pope Francis and Metropolitan Anthony discussed numerous items standing on the agenda of the Orthodox-Catholic relations, including in the context of political processes taking place in the world.

In the conclusion of their prolonged talk, the interlocutors exchanged tokens of the meeting.