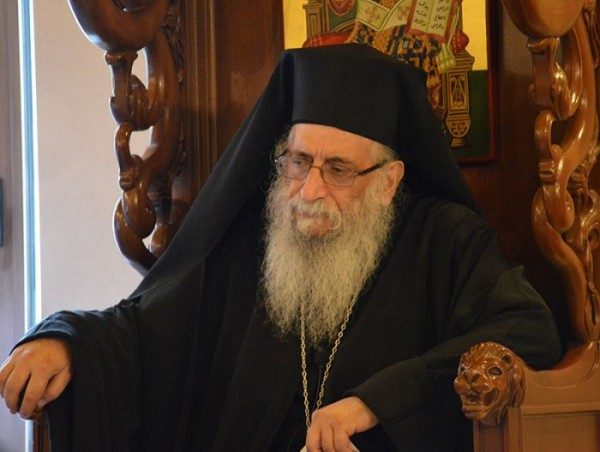 Christ’s death and resurrection are the content and foundation of our faith; a historical event with many witnesses, it is the faith rule for our life.

Christ’s body did not putrify, but rather was glorified while He was on the cross. Everything was completed there.

Despite all the fatigue, suffering and sorrow that He experienced… all that passed and there was no longer any excuse for sorrow. Rather, there came great joy, which became universal joy for all creation. Christ’s love for us to the point of death defeated “corona” and all other illnesses, burdens and sorrows because His death is crowned by the glorious resurrection.

The Evangelist John says, “the Word became flesh” (John 1:14). Indeed, this means that the expression “Christ is risen” means that He is alive, God and man, body and spirit together. The holy deacon Stephen bore witness to this when he said, “Look! I see the heavens opened and the Son of Man standing at the right hand of God!” (Acts 7:56) and at the Divine Liturgy we eat His risen body and drink His risen blood.

The Apostle Paul affirms that Christianity, without faith in Christ’s resurrection is useless and without any foundation. “And if Christ is not risen, then our preaching is empty and your faith is also empty” (1 Corinthians 15:14). The essence of our faith, then, is that we believe in the truth of Jesus’ rising in the body from the dead. On this basis, we become able to participate also ourselves in eternal life.

Saint Symeon the New Theologian writes: let us see what is the mystery of the resurrection of Christ our God, the mystery that we desire to take place within us… Now after our departure from the world of sin and our entrance, in the semblance of Christ’s passion, into the tomb of humility and repentance…

Many are those who believe in Christ’s resurrection but few are those who see it clearly: “No one speaking by the Spirit of God calls Jesus accursed, and no one can say that Jesus is Lord [that is, risen] except by the Holy Spirit” (1 Corinthians 12:3).

+Ephrem
Metropolitan of Tripoli, al-Koura and their Dependencies