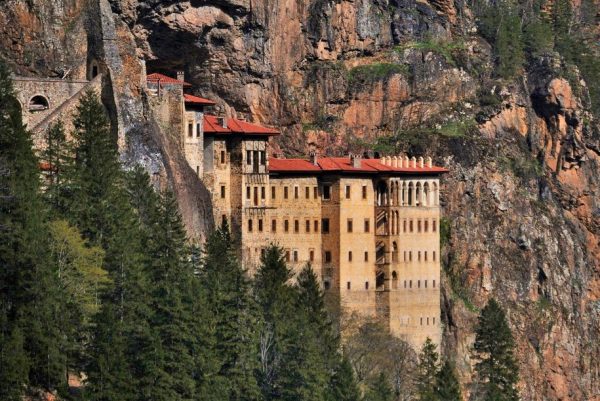 It was with great concern that we saw the magnificent Hagia Sophia in Istanbul and the Chora monastery with its famous frescoes deprived of museum status and actually closed for Christians in 2020. These holy sites as museums were places of world pilgrimage and served as a symbol of mutual respect and understanding between the two world religions. At present, these holy sites common to all Christians are de facto inaccessible to them.

Today, religious peace in the country has been frustrated again; the local authorities permitted dancing disco at a historic holy site of Pontic Greeks – the Panagia Sumela Monastery in the Trabzon Province. The story goes that it had been done for attracting tourists. I am convinced that Russian tourists, who make up the majority in Turkey, would never consent to such a cynical trampling upon a Christian shrine. In Russia, this kind of attitude to a church or a mosque would entail a punishment of the offenders. It is gratifying to see the protests of at least local residents and representatives of tourist trade.

A while ago, the Russian Orthodox Church had done a lot for making this once glorious monastery accessible to pilgrims and for a possibility to celebrate annual divine services there. We express strong protest against profanation of Orthodox holy sites in Turkey and hope that its state leadership would not turn a blind eye to this outrage especially in light of strengthening the relationship between Russia and Turkey.