Metropolitan Hilarion: Every Effort Should Be Made to Ensure that There is No War – Neither World, Nor Local 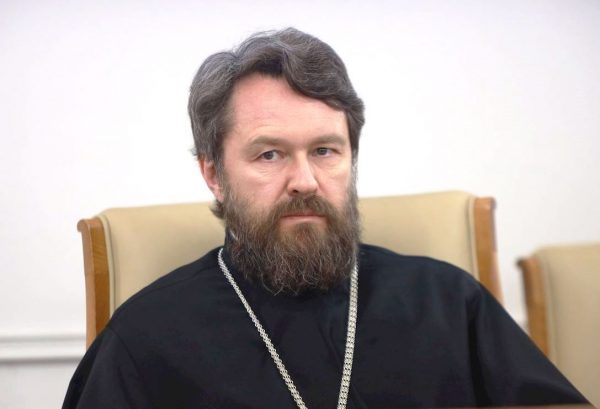 “I think that we should do everything possible to ensure that there is no war – whether big or small, world or local,” said Metropolitan Hilarion, Chairman of the Moscow Patriarchate’s Department for External Church Relations, commenting on the current situation in international relations, and on the attempts to build strategic stability undertaken by the leaders of the Russian Federation and the United States.

“There are many forces, both outside and inside our country, willing to draw us into a war,” stated the archpastor in “The Church and the World” TV program. “There are people who want to engage in saber rattling, alleging that they are invincible and unconquerable and that they would repel any enemy.”

Metropolitan Hilarion suggested that the proponents of such line should recall the history of the First World War into which Russia was dragged. He said: “At the beginning, there was a splash of patriotism, and people thought that it would be a short victorious war. But the outcome was the destruction of our country not due to any military shortcomings, since Russia had every chance to prevail militarily. Our enemies happened to outsmart us: they sent in a sealed train people who started to corrupt our country from within. It took less than a few months for Russia to lose the war it had every chance to win, and the Great Russian Empire collapsed. I believe we should not repeat such mistakes.”

Metropolitan Hilarion is sure that “everything necessary and everything possible should be done to settle all existing contradictions peacefully, through negotiations.”