On 14 February 2013, at the Moscow Patriarchate’s Department for External Church Relations, the DECR chairman, Metropolitan Hilarion of Volokolamsk, met with Ms. Sarah Sweedler, President and CEO of the Fort Ross Conservancy. 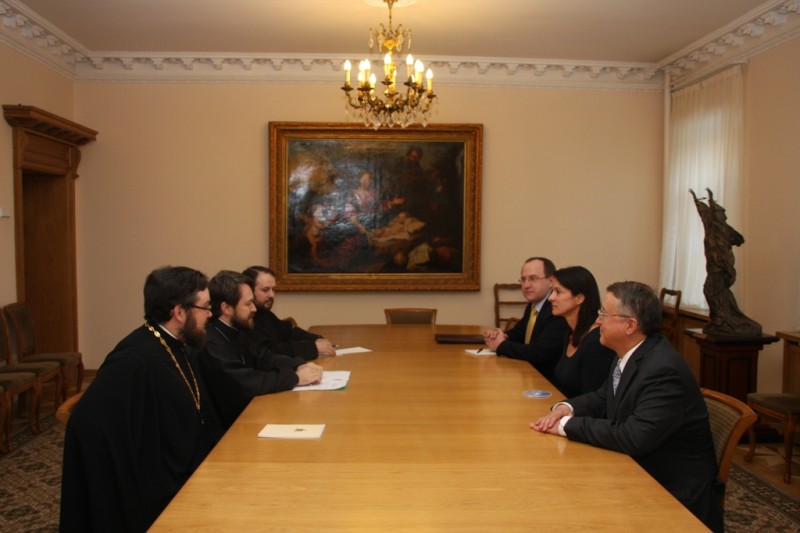 The participants in the meeting discussed various aspects of cooperation in conservation of the spiritual and cultural heritage of Fort Ross.

Metropolitan Hilarion thanked Ms. Sweedler for her very important work aimed at maintaining this unique historical monument in proper condition. The DECR chairman expressed his hope that every year, clerics of the Russian Orthodox Church and of the Orthodox Church in America would celebrate divine services at the Holy Trinity Chapel in Fort Ross.