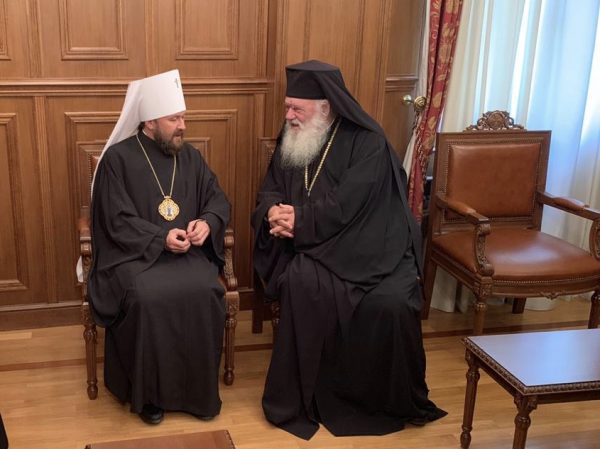 June 26, 2019 – Metropolitan Hilarion of Volokolamsk, head of the Moscow Patriarchate department for external church relations (DECR), who is in Greece with a blessing of His Holiness Patriarch Kirill of Moscow and All Russia, visited the office of the Holy Synod of the Greece Orthodox Church at Petraki Monastery in Athens.

In memory of the meeting, Metropolitan Hilarion presented His Beatitude Hieronymus with an icon of St. Seraphim of Sarov.

After the talk, which was held in a warm and cordial atmosphere, Metropolitan Hilarion briefly greeted all the members of the Holy Synod of the Greek Orthodox Church.