On 23–28 August 2012, with the blessing of His Holiness Patriarch Kirill of Moscow and All Russia and at the invitation of Metropolitan Hilarion of New York and Eastern America, the First Hierarch of the Russian Orthodox Church Outside of Russia, Metropolitan Hilarion of Volokolamsk, chairman of the Moscow Patriarchate’s Department for External Church Relations, will visit the United States of America to take part in the celebrations on the occasion of the 200th anniversary of the founding of Fort Ross, the first symbol of Russian presence in America. 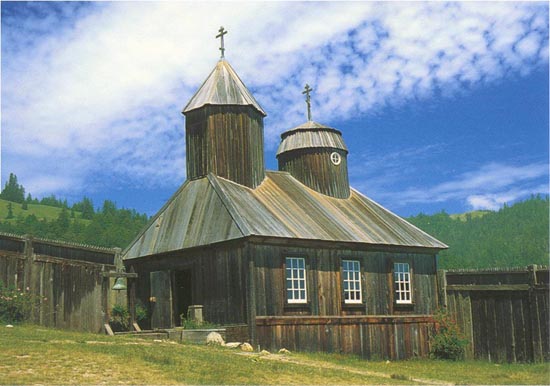 On 24 August, Metropolitan Hilarion will take part in the opening of the round-table conference in San Francisco on Compatriots and the Russian Orthodox Church: An Experience of Cooperation in the North America and Oceania. The conference is organized by the Moscow Patriarchate’s Department for External Church Relations and the Russian Ministry of Foreign Affairs. That same day Metropolitan Hilarion will visit the Patriarch Athenagoras Orthodox Institute in Berkeley.

On 25 August, within the framework of the celebrations of the 200th anniversary of Russian presence in America, Metropolitan Hilarion will celebrate the Divine Liturgy at the Trinity Church in Fort Ross.

On 26 August, Metropolitan Hilarion of Volokolamsk will celebrate the Divine Liturgy at the second most important church among the Patriarchal parishes in the USA – the St Nicholas Cathedral in San Francisco.