Metropolitan Hilarion: Preparation of Pan-Orthodox Council should take into account real needs and interests of Churches 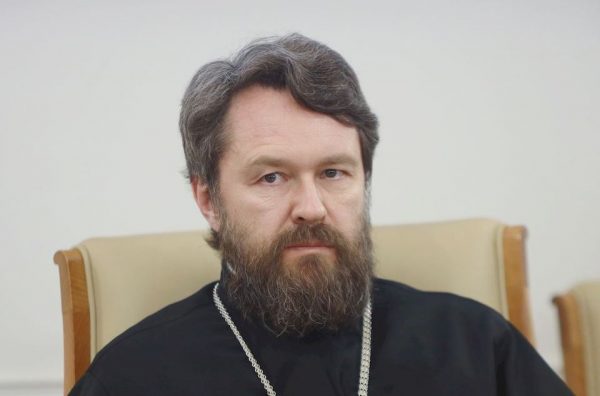 “In the foreseeable future, the conducting of a Pan-Orthodox Council is not planned, since serious differences have arisen in the family of Orthodox Churches also over the issues concerning by whom and how Councils can be convened”, Metropolitan Hilarion, Chairman of the Department for External Church Relations of the Moscow Patriarchate said answering a question from a TV viewer during the Church and the World program.

His Eminence Metropolitan Hilarion reminded the audience that Councils, known in the history of the Church as Ecumenical, were convened by Byzantine emperors who also chaired them. In total, there were seven Ecumenical Councils in the period from the 4th to the 8th centuries. After the separation that took place in the 11th century between the Eastern Church and the Western Church, Councils continued to be convened in the West, with the Pope of Rome chairing them. It was not the case in the East. An attempt to convene a Pan-Orthodox Council was made as late as the mid-20th century, and its preparation lasted for over fifty years. Eventually, in 2016, a Council of ten Churches took place in 2016 in Crete, which cannot be called Pan-Orthodox because four Local Orthodox Churches did not take part in it out of the fourteen universally recognized Local Orthodox Churches. In addition, the decisions of the Council of Crete were not accepted by all the Churches.

However, the need to hold a Pan-Orthodox Council does exist, the metropolitan believes. “But before holding this Council, it should be thoroughly prepared”, he stressed, “The fifty odd years allotted to prepare for it proved to be not enough because literally in the last weeks before the Council, which was planned as Pan-Orthodox, a few Churches refused to attend it, and every one of them had her own reasons for it. Accordingly, to prepare a new Council it is necessary to prepare it more thoroughly”.

At the same time, His Eminence Metropolitan Hilarion does not think the preparation should be extremely long, as it is most important that “it should take into account the real interests and real needs of Local Orthodox Churches” – something that was not done in preparing the 2016 Council of Crete.