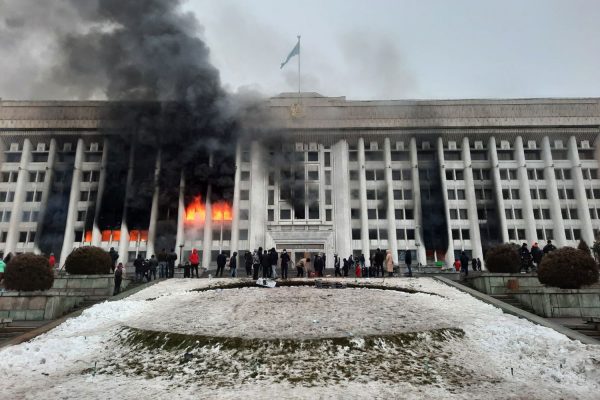 “The Russian Orthodox Church is very much concerned by what happened in Kazakhstan in early January”, Metropolitan Hilarion of Volokolamsk said during the Church and the World program.

Patriarch Kirill made a special appeal and lifted up a special prayer for peace in Kazakhstan; the people of Kazakhstan were also addressed by Metropolitan Alexander, Head of the Metropolis of Kazakhstan, and the Supreme Mufti of Kazakhstan. “On the part of the Church and traditional religious confessions everything possible was made to resolve the situation, to reconcile people”, Metropolitan Hilarion stressed.

According to the Chairman of the Department for External Church Relations of the Moscow Patriarchate, “In our times such mass disorders usually do not begin without instigation from outside, including from abroad”.

“As Russian ambassador in the USA Anatoly Antonov noted, it is quite probable that it is interdepended: the events in the Middle East and the growth of terrorism observed in various countries, including Afghanistan. All of this influences the situations in adjacent states,” Metropolitan Hilarion said adding that the Kazakhstan authorities are to carry out a very serious investigation, the results of which will make it clear what stood behind the January events in the republic.

The protests began in Kazakhstan on January 2 amid a double-digit increase in the prices for liquefied petroleum gas used by many people of the republic to refuel their cars. The protests grew into disorders as marauders and radicals became active. The country authorities introduced the state of emergency until January 19 and later appealed for help to the Collective Security Treaty Organization, which sent peacemakers to Kazakhstan. On January 13, after the situation stabilized, it was announced that the CSTO mission was successfully completed and the military would return stage by stage to their permanent places of deployment. According to the latest information, during the disorders in Kazakhstan 225 people, including 19 law-enforcement military, were killed.