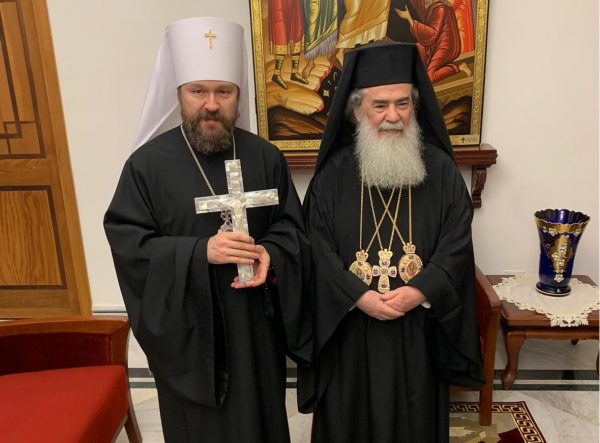 On February 20, 2022, His Beatitude Patriarch Theophilos III of the Holy City of Jerusalem and All Palestine received the Chairman of the Department for External Church Relations of the Moscow Patriarchate, Metropolitan Hilarion of Volokolamsk, in the Jerusalem Patriarchate.

The DECR Chairman conveyed to the Primate of the Jerusalem Orthodox Church the heartfelt congratulations of His Holiness Patriarch Kirill of Moscow and All Russia on the occasion of the upcoming 70th birthday and presented him with a congratulatory message, as well as a set of panagias.

Metropolitan Hilarion thanked His Beatitude for the opportunity to serve in the Church of the Holy Sepulcher the day before.

During the conversation, which took place in a warm and trusting atmosphere, various issues of mutual interest were touched upon. In particular, the position of Christians in the Holy Land and in the Middle East in general was discussed.

For his part, His Beatitude Patriarch Theophilus conveyed to His Holiness Patriarch Kirill his best wishes and presented his gift, the icon of the Nativity of Christ.

The conversation continued over dinner.

Among the participants in the meeting were Metropolitan Hesychius of Capitoliad, Secretary General of the Jerusalem Patriarchate, Archbishop Aristarch of Constantine, Deputy Chairman of the Department for External Church Relations of the Moscow Patriarchate, Archpriest Nikolai Balashov, Deputy Head of the Russian Ecclesiastical Mission in Jerusalem, Hieromonk Dometian (Markaryan), and Archdeacon Mark Henderson. 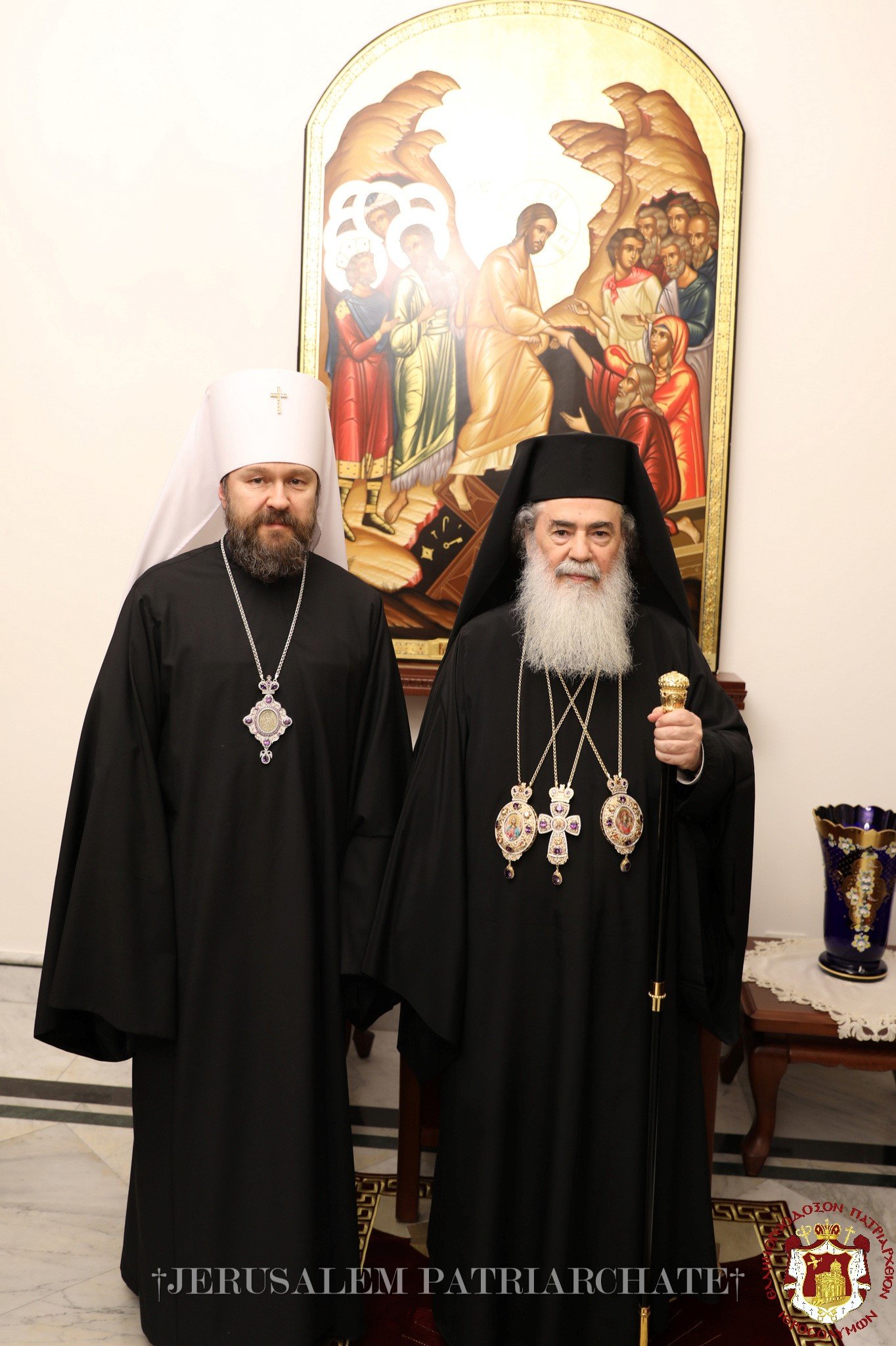 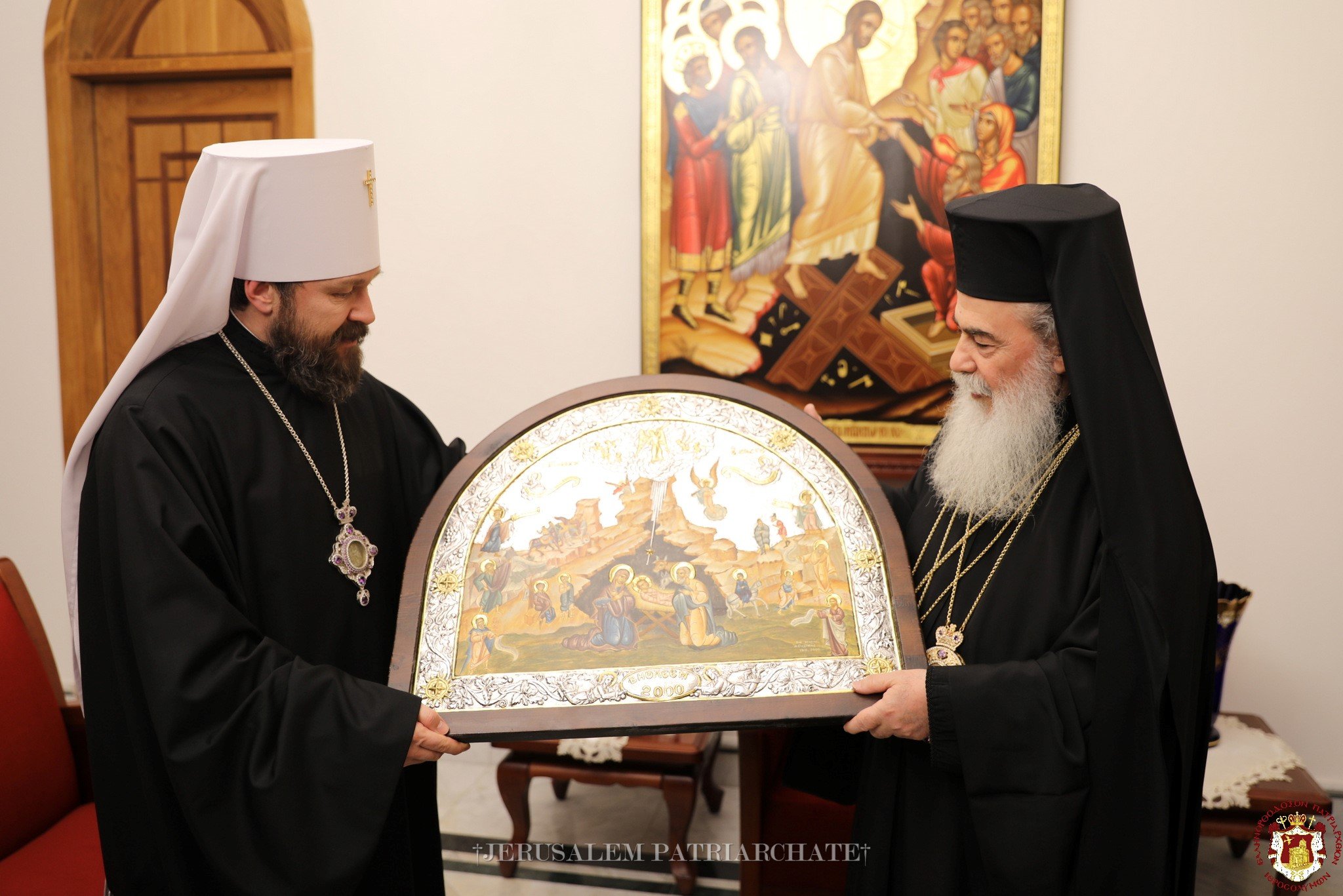 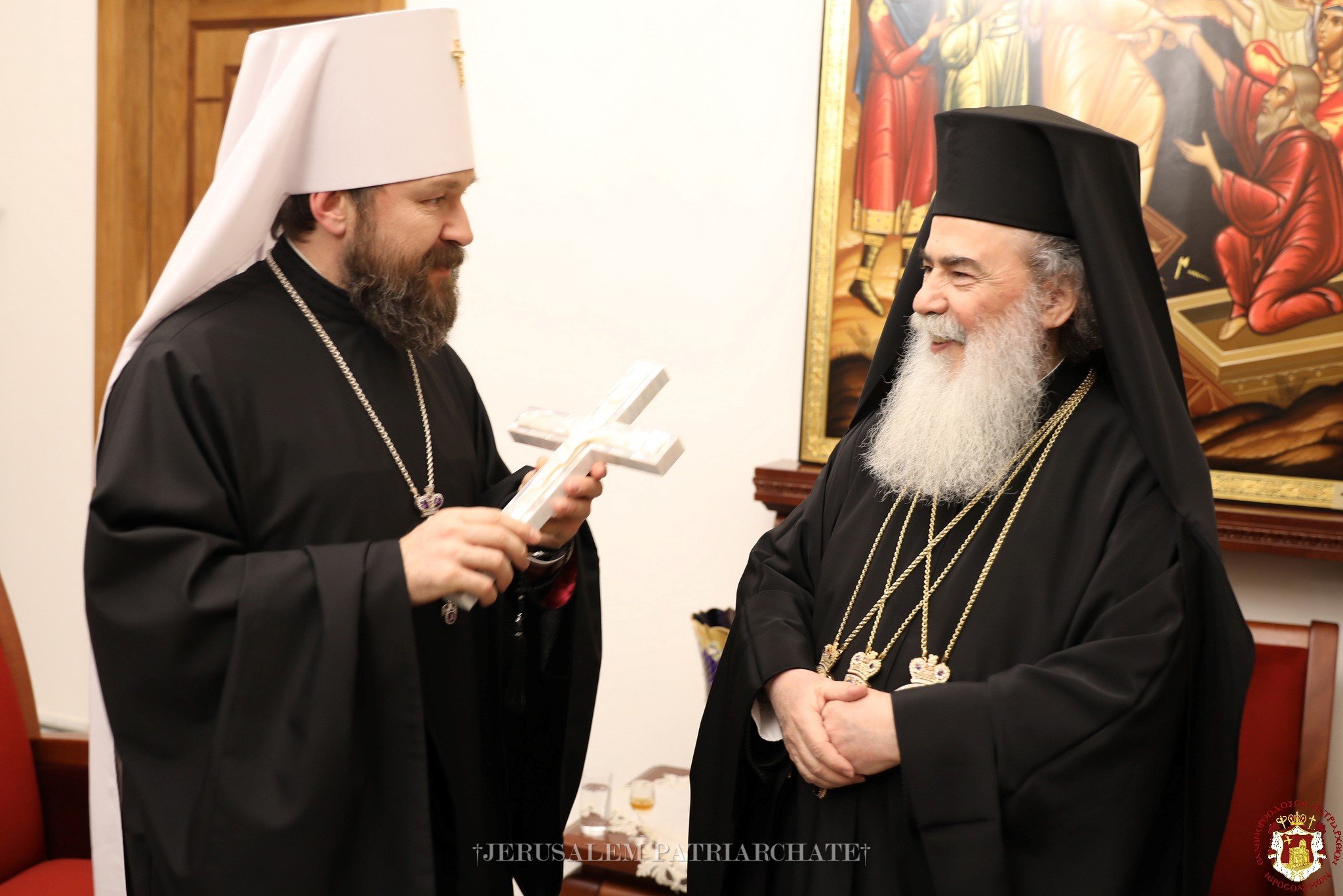 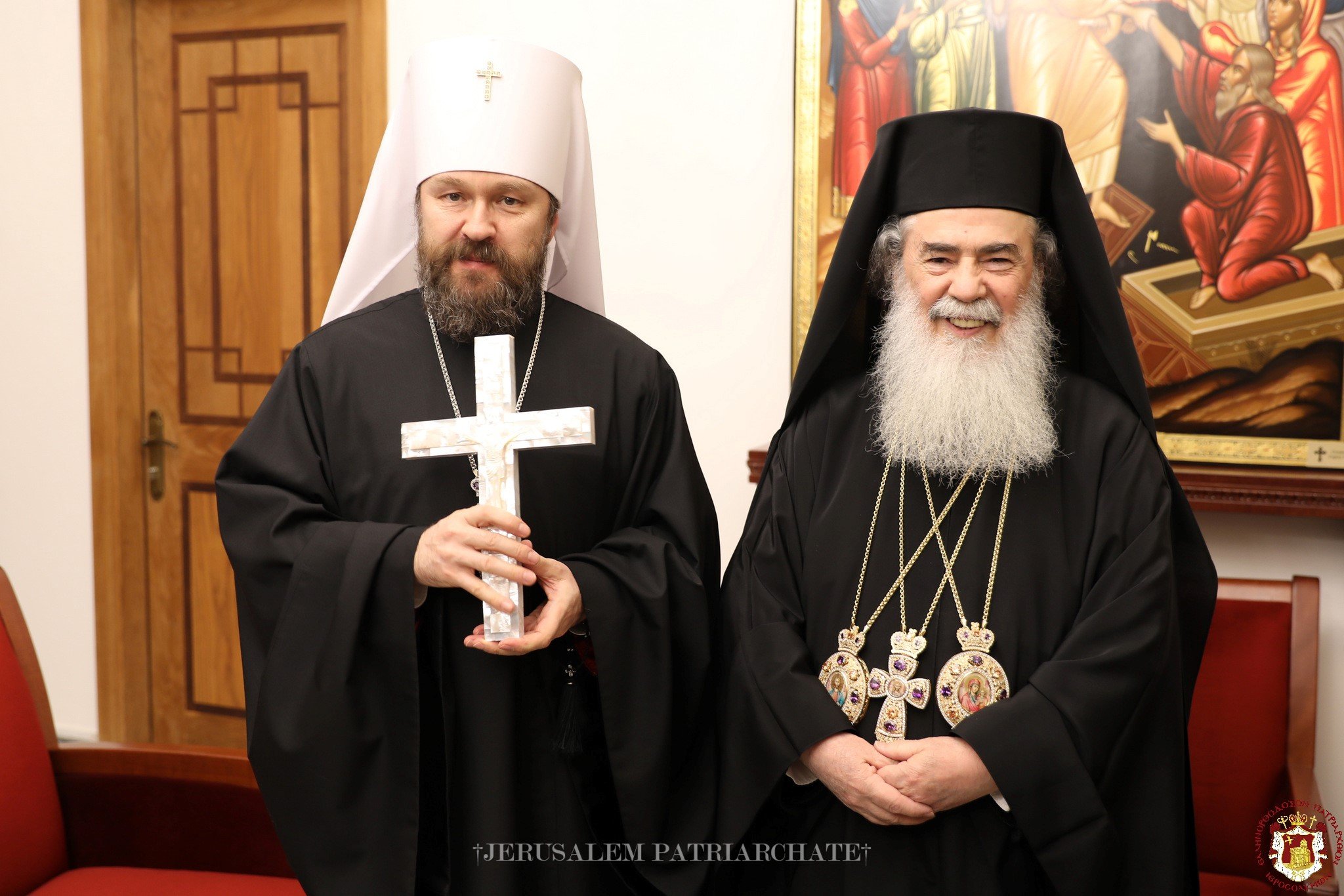 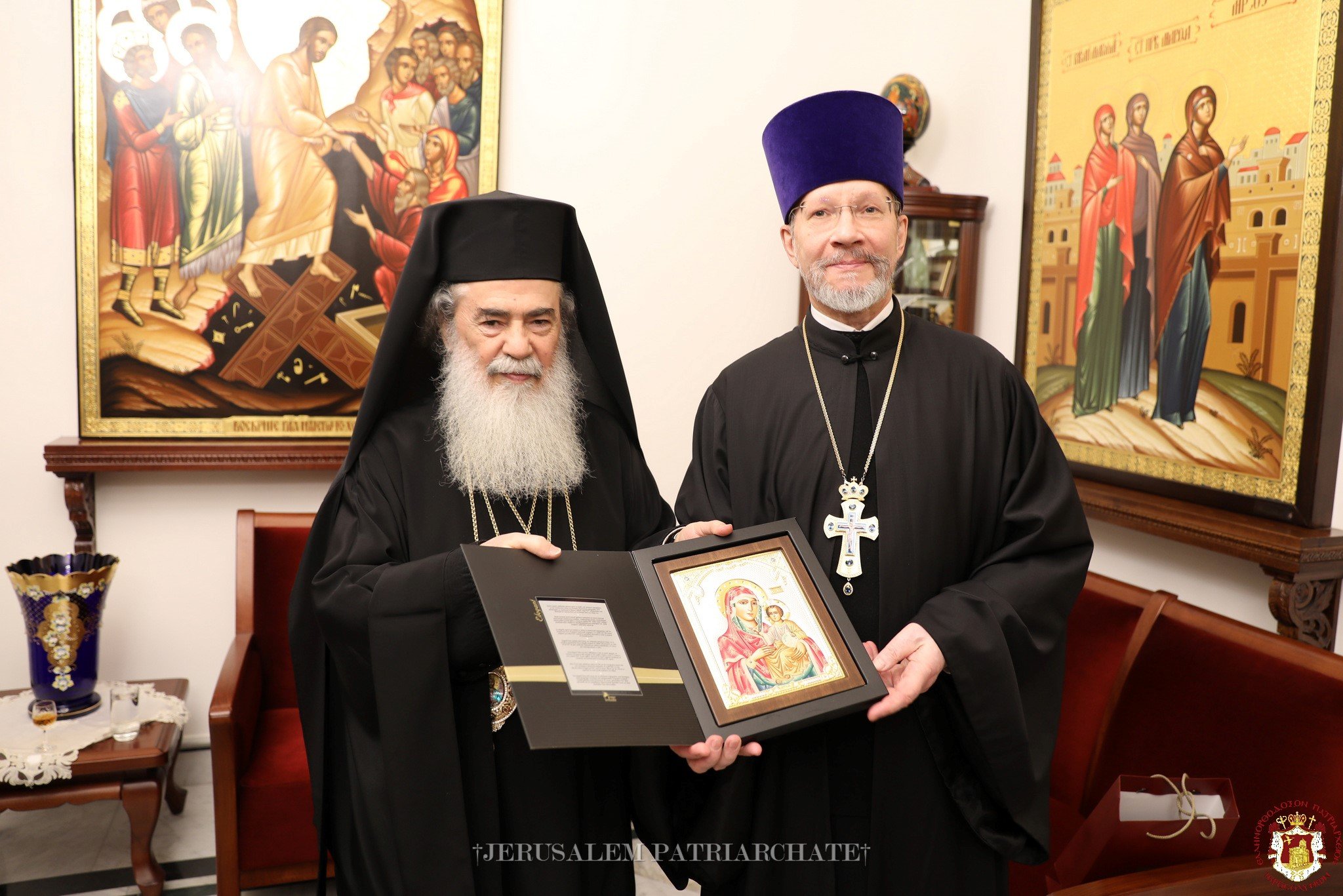 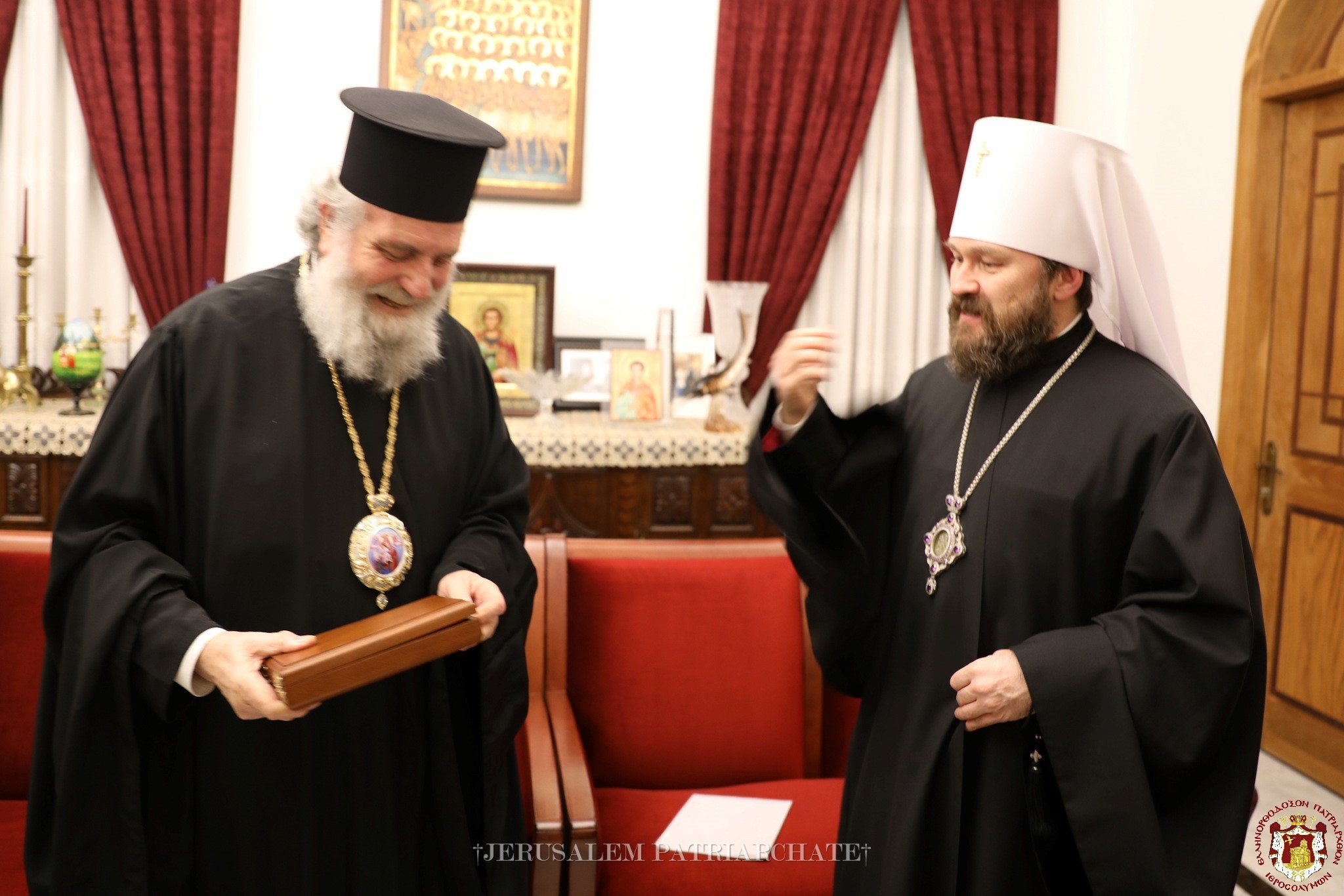 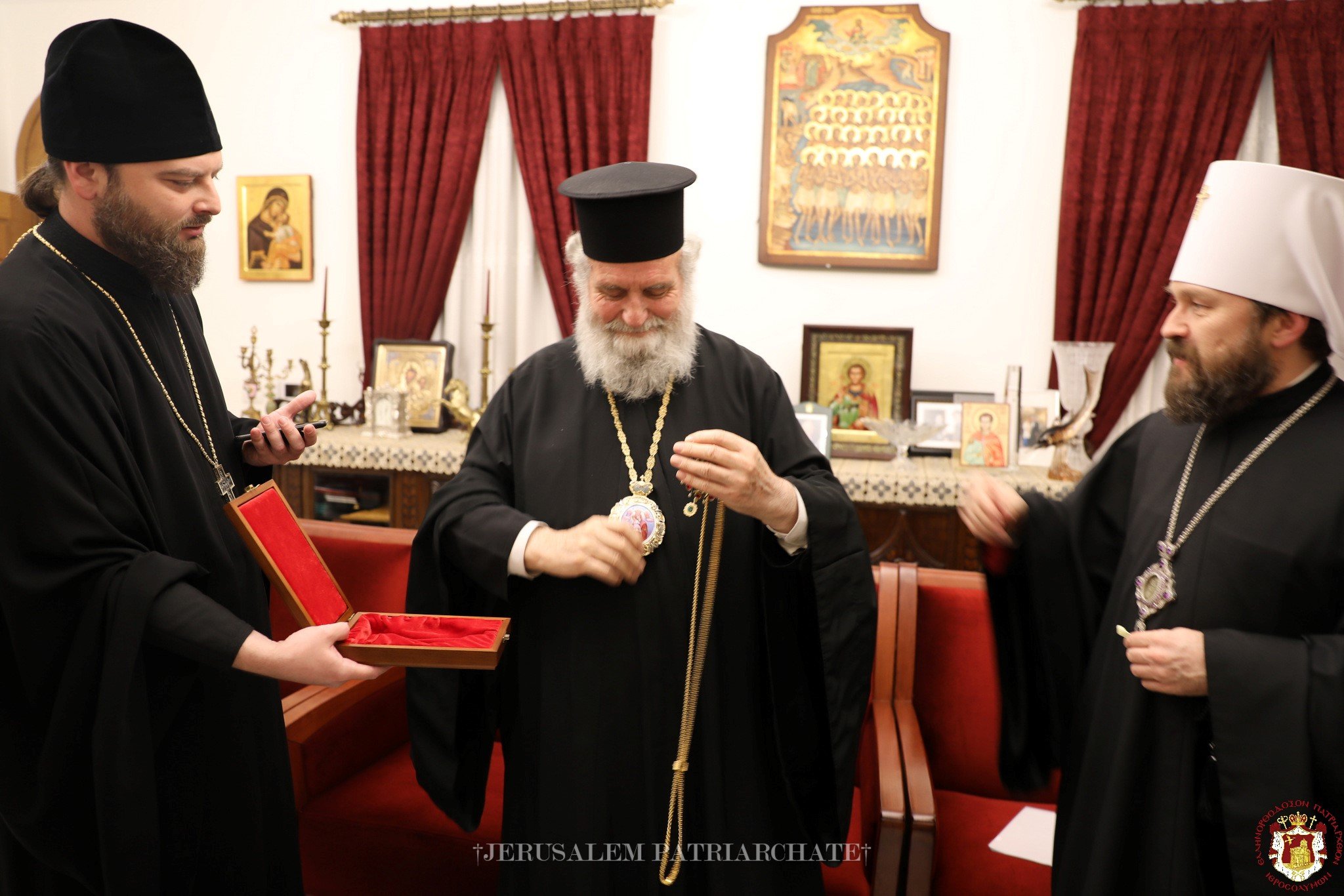 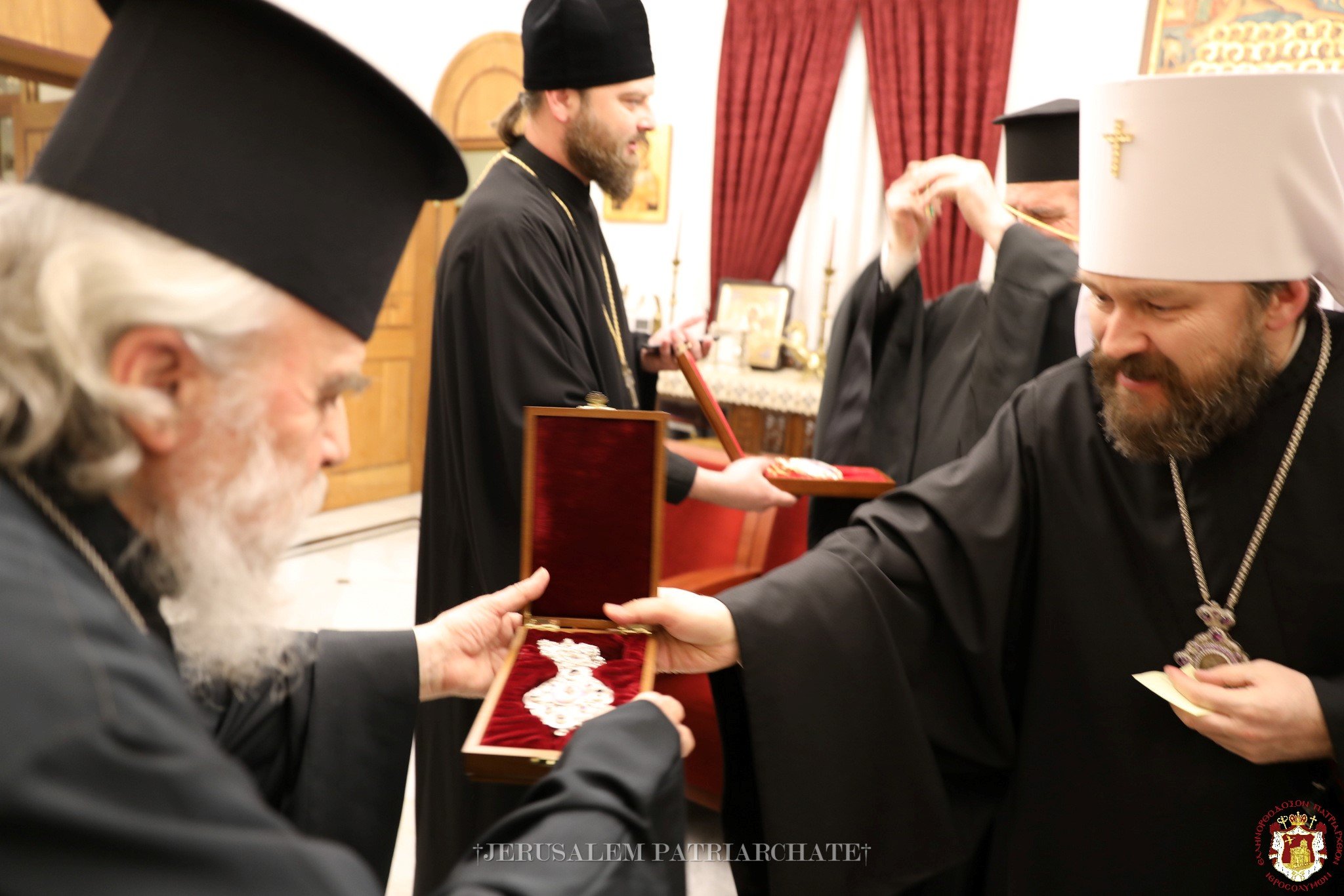 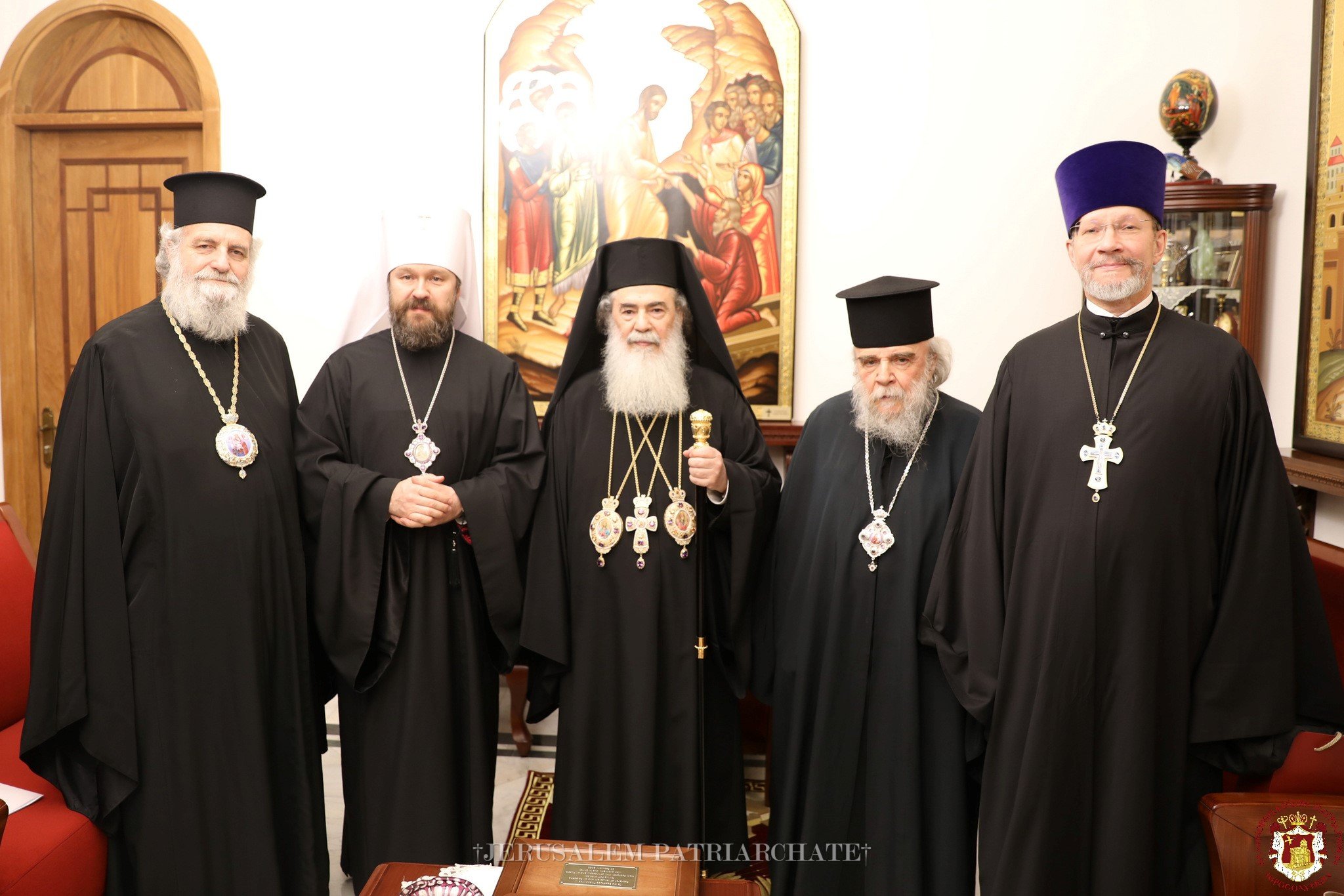