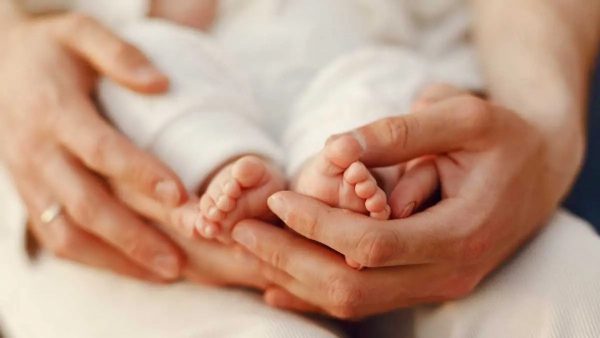 Romanian Orthodox Metropolitan Nicolae of the Americas has recently signed a joint statement of US Orthodox hierarchs which clarifies their position on abortion and affirms the equality of preborn children with all the people who have already been born.

“The Orthodox Church has consistently and unequivocally recognized the full humanity of every person beginning at the moment of conception,” is written in the document, entitled Statement on the Sanctity of Life.

“This position is informed by Scripture and Holy Tradition and is validated by modern science, which confirms that a new, distinct human organism comes into existence at conception. The Orthodox Church is, and always has been, unabashedly pro-life, regarding abortion as the killing of another human being.”

The message mentions that American law, just as that of other states as well discriminates from this point of view between preborn children on one hand and already-born children and adults on the other hand.

“There is no basis in either law or science, and certainly not in morality or religion, to draw a distinction between a human who is in the womb and a human who is outside of it,” the Orthodox hierarchs emphasize.

They explain their affirmation is based on the Holy Scripture: “It is true that the Most Holy Theotokos gave her consent to the Incarnation of the Uncreated Word of God (our Saviour Jesus Christ – ed.n.)”

“Once this consent was given, the Incarnation took place: the Word became flesh at that moment. The Orthodox Church embraces this paradox of the Incarnation, of the Uncreated becoming one of His creatures. Yet while paradoxes of this kind are essential to our faith, so too is clarity: the clarity that the newly-conceived human – including the Lord Himself at the moment of His conception – is a full human.”

“Here, then, the consent of the Theotokos ends, and her duties as a mother begin: once she conceived the Lord, she had the sacred responsibility of nurturing and caring for Him, which she fulfilled perfectly,” the hierarchs add.

After bringing the above clarifications, the religious leaders reaffirm God’s love for both unborn children and all those involved in abortions or harmed by this evil procedure.

“This same Lord Who became incarnate of the Virgin Mary on the Feast of the Annunciation loves every human being He creates, from the moment of their conception. He loves their mothers, along with the fathers, who suffer and sacrifice for their children. The Church, and, indeed, all of humanity, has a duty to care for and support these children and their mothers,” is further stated in the document.

“No less equally, the Lord also loves the mothers who, victims of deceitful pressures from this world, make the tragic choice to have their children killed. For these mothers, the Church offers forgiveness, compassion, and healing through repentance and reconciliation both to God and to their lost children. The Lord loves those fathers and other men who, failing in their duty to provide and protect, instead pressure and even force mothers to have their children killed.”

“Let us all implore the same Lord, Who desires that all people be saved and come to the knowledge of the truth, that His all-encompassing love and mercy will enfold all who are affected by the tragedy of abortion and bring healing to our land,” conclude the hierarchs.

The clarifications were made in the context of the ongoing debate on the abortion law in America, where the procedure is legal up to the moment of birth.

In addition to Romanian Orthodox Metropolitan Nicolae, the statement is also signed by

Meanwhile, the Month for Life concludes in Romania and the Republic of Moldova with the March for Life, organized on Saturday, March 26, in 150 cities and towns. This year’s common theme is “Equality, Equity and Support – Throughout Life, from the First Moment”.

Representatives of the Romanian Orthodox Diocese of Canada participated last Sunday in the Pan-Orthodox Vespers organized at the „St. Pantelimon”…