The coronavirus is sobering for many of us who consider themselves heroes. It gives us an opportunity to look at our life in a right way.
Pravmir.com team | 15 April 2020 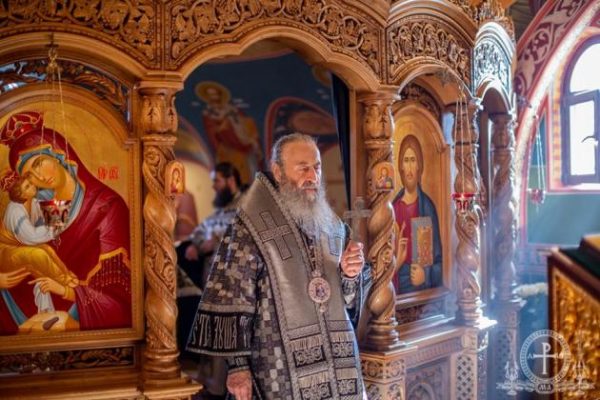 God lets people have trials in order to sober them and so that they would correct their lives said His Beatitude Metropolitan Onuphry of Kiev and All Ukraine in the program “The Word of the Primate” on April 11, 2020.

“Today we are experiencing such a disaster as coronavirus. Many people are confused by this epidemic, and some ask, “Why did God allow this to happen to me? I have not done anything unkind…” God allows this to happen for several reasons. First reason is our sins. Secondly, He lets it happen to sober us. It is because many people live on earth in false heroism. They look at someone else’s grief when it is far away from them or on the TV screen, and they easily survive it. They say, “I’m not afraid of anything, I don’t accept anything, nothing scares me.” However, this disease that came upon us made it possible for us to experience grief personally, naturally. And this sobers a person,” said the Primate of the Ukrainian Orthodox Church.

“There was such a case,” continued the Archpastor. “A journalist had an idea to write an article about the life of people in prison. He had a friend, the head of a prison. This journalist turned to him, saying, “I want to write about prisoners.” The other replied, “Let’s do this: I will put you in prison for a certain period, you will stay with them and you will understand the psychology of these people, how they live, and what they want.” The journalist agreed and went to prison.

“Several days passed and he read in the newspaper that the head of the prison had died. He was shocked by this news: who will now lead him out of prison? He will have to endure the whole period! And this journalist in one night from a black-haired young guy became a gray-haired elderly…

“But a day later the head of the prison came to him. The journalist saw him and threw up his hands: “Yes, you are alive!..” “Yes, I am,” he replied. “But I read that you had died. I was so scared that I’ll be in prison for life…” The head of the prison replied, “No. I did this on purpose, so that you would feel what a prison life is like, without hope, without backup…”

“Then the head of the prison released the journalist from prison, and the journalist changed his life. He stopped writing, began to live a godly life, doing good deeds and praying. It is because grief touched his soul. And he realized that the most important thing for a person is to be able to meet grief and survive it.”

“Likewise, coronavirus sobers many of us who consider themselves heroes – “we are not afraid of anything, nothing scares us”. This gives us an opportunity to look at our life in a right way. This helps us evaluate our life and build it so that it is of use not only on earth, but also in the future,” His Beatitude Metropolitan Onuphry concluded.