Blessed is the one who gets up after a fall and goes to the Father's house.
Pravmir.com team | 01 March 2021 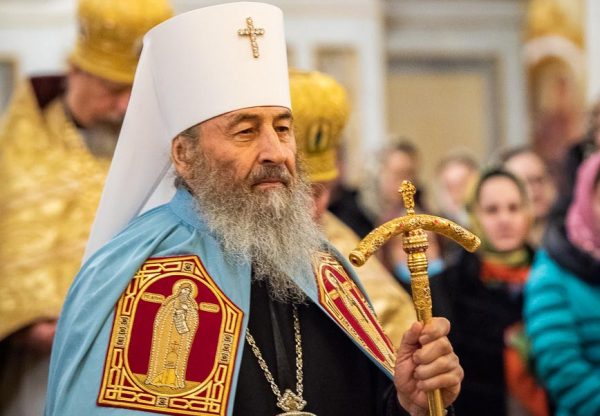 Photo of the Information and Educational Department of the Ukrainian Orthodox Church.

If we are far from the Father’s home, we should not despair: we must get up and walk courageously, overcoming difficulties on our way to God by fasting and prayer, said His Beatitude Metropolitan Onuphry of Kiev and All Ukraine in his sermon during the Divine Liturgy at the Dormition Cathedral of the Kiev Pechersk Lavra on February 28, 2021, Sunday of the Prodigal Son, reports the Information and Educational Department of the Ukrainian Orthodox Church.

Every person, who lives according to their own will, instead of following God’s will, eventually starts to sin and ends up in a “country” far from God, the metropolitan explained. Moreover, often a person doesn’t realize the consequences of living in sin.

“If we sin and live according to our own will, then we go to a country far away, wasting our wealth there. But to a person who gives in his bodily passions, it sometimes seems that he is dissatisfied in himself, because he simply cannot fulfill his passions, [and he believes that] if he frees them even more, pleases them even more, this will lead to happiness and bliss. But everything happens the other way around: the more he sins, the worse it gets. Sin crushes a person and removes the blessed covering from his soul, and he suffers, becomes vulnerable to demons, the world and vices. Thus a person becomes a target,” said His Beatitude Metropolitan Onuphry.

The archpastor emphasized that blessed is he who, after falling, like the prodigal son, still comes to his senses and returns to the Father’s house, to God.

“The prodigal son thought and remembered what was in his father’s house, and seeing what he had that day, he said to himself, “I will get up and go.” This is the most difficult thing: getting up and going. We sometimes understand that we live the wrong way, we realize that we have to ‘get up and go’, but we don’t do this, because we have no determination, no courage. But he got up and went. The path to his father’s home from the far country wasn’t easy, the prodigal son was hungry, but he had come a long way,” the metropolitan said.

“The mercy of God is such that when the worst fallen sinner who returns to the Father’s house through repentance, God meets him at a distance and commands the servants, “Bring forth the best robe, and put it on him; and put a ring on his hand, and shoes on his feet” (Luke 15:22),” he stressed.

He also added that even when one finds oneself in the farthest “country”, “one shouldn’t despair and imagine that returning is impossible, but one must bravely stand up and walk, walk, albeit slowly, but towards the Father’s house.”

During the service, special prayers were offered for the end of the coronavirus pandemic and for the health of patients and doctors.