Metropolitan Onuphry: Fasting Helps A Person Look At His Inner Self

When you put some limits for yourself, you start thinking over reasons for spiritual suffering and troubles.
Pravmir.com team | 21 February 2022 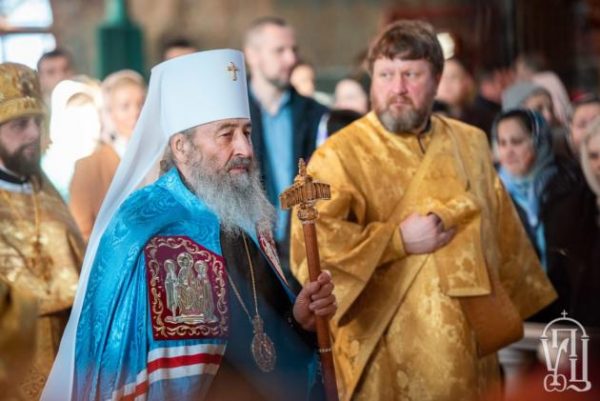 Fasting helps a person pay attention to himself, think over a situation he is in and ways out of it said His Beatitude Onuphry, Metropolitan of Kiev and All Ukraine, in his sermon during the Divine Liturgy at Sts Anthony and Theodosius of the Caves Church of the Kiev Pechersk Lavra on February 20, the Sunday of the Prodigal Son, reports the Information and Education Department of the Ukrainian Orthodox Church.

In his sermon, the Primate of the UOC explained the parable of the Lord about the Prodigal Son and noted that this sacred story shows what benefits fasting brings to a person.

“Fasting makes a person look at his inner self. When we live in contentment, satiety, we usually do not look at ourselves: we are satisfied with everything, we feel good, although our soul suffers. When a person begins to put limits for himself, a need to understand himself and find a way out of the predicament he is in appears. Fasting led the prodigal son to remember his Father’s house and to return home, but with humility,” said His Beatitude Metropolitan Onuphry.

According to the Archpastor, every person at certain stages of their life is like this prodigal son.

“When we sin, sin separates us from God and empties our soul. When we begin to fast, we better feel our condition – and we start to have a desire to figure out what the cause of our troubles is. And a person realizes that the reason for his troubles is that he departed from God because he had sinned. After all, sin is a disease that always humiliates and torments a person. Man was created not for suffering, but for joy,” said His Beatitude Metropolitan Onuphry.

When we begin to analyze our lives, we understand why we have departed from God, continued the metropolitan. But not everyone has the courage to return home.

“The prodigal son not only identified his predicament and understood what he had to do, but he got up and went for it. And many of us just don’t have the strength to “get up and go”. We all understand the cause of troubles, but we lack the courage. We want to become saints right away. But this does not work like that,” said His Beatitude Metropolitan Onuphry.

However, the Lord takes a step forward even when a person only embarks on the path of God.

“The Lord gives a person grace, which comforts him in suffering and difficult situations. If we do good deeds, repent and return to God, the Lord will give us this comfort and strengthen us. When a person sins, he drinks poison, which is sweet at first, but then strikes. But when a person repents, he takes the medicine, which is bitter, but brings the pleasure of healing,” said the metropolitan.