Metropolitan Onuphry: The One Who Forces Oneself to Seek the Kingdom of Heaven Reaches It

God answers the prayer of those who properly honor Him and do His will.
Pravmir.com team | 30 May 2022 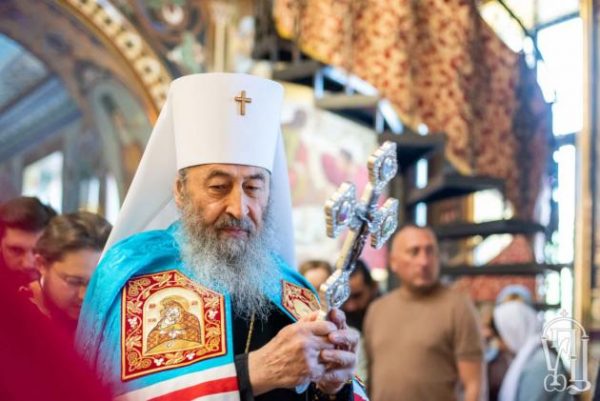 For a prayer to be heard by the Lord, a person must correctly honor God and do His will said His Beatitude Metropolitan Onufry of Kiev and All Ukraine in his sermon during the Liturgy at the Church of St. Agapit of the Caves of the Holy Dormition Kiev-Pechersk Lavra on May 29, 2022, on the 6th Sunday after Pascha, reports the Information and Educational Department of the Ukrainian Orthodox Church.

“Instructive for us are the words that the healed [blind] man said to the Pharisees: “Now we know that God hears not sinners: but if any man be a worshipper of God, and does His will, him He hears.” (John 9:31). We often turn to God with a prayer and say: “Lord, help me, help my children, my relatives, and so on,” and the Lord helps us, but sometimes not very quickly. If we want our prayer to be strong, so that it immediately comes to the ears of the Lord, then a person must correctly honor God,” said the Primate of the Ukrainian Orthodox Church.

As the Archpastor explained, “to properly honor God” means to believe in Him according to the Orthodox faith.

How to do the will of God is described in two commandments: “Love the Lord, your God and Creator, and love your neighbor as yourself,” reminded the metropolitan.

“This is the will of God, which we must fulfill, and then we will have a strong prayer and we will only say “Amen”, and the Lord will already give us what we ask,” said His Beatitude Metropolitan Onuphry.

He wished the believers God’s help in preserving the purity of the holy Orthodox faith and forcing themselves to live according to the commandments of the Lord, that is, to do the will of God.

“There is no need to wait until we want to forgive our enemy, give alms, go to church, fast, pray, but we need to force ourselves to do it at the right time. As the Lord said, “The Kingdom of God is taken by force,” and whoever forces themselves to seek this Kingdom reaches it,” concluded the metropolitan.

During the celebration of the Liturgy, His Beatitude Metropolitan Onuphry, who celebrated the 50th anniversary of his priestly consecration that day, was co-served by Metropolitan Pavel of Vyshgorod and Chernobyl, the Vicar of the Kiev Caves Lavra, Archbishop Panteleimon of Buchansk, Bishop Viktor of Baryshevsky, Bishop Mark of Borodianka, and the clergy of the monastery.

During the service, solemn petitions and prayers for peace in Ukraine were raised.