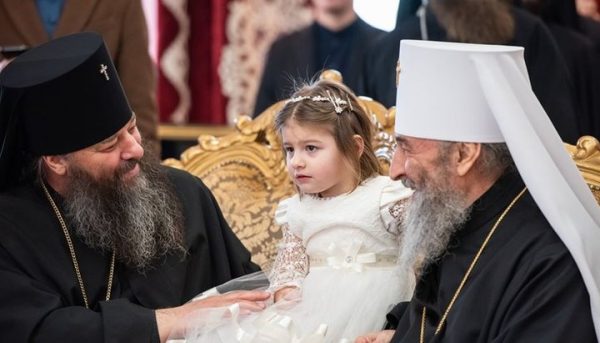 His Beatitude was concelebrated  by Metropolitan Meletius of Chernivtsi and Bukovyna, Abbot of the Monastery Archbishop Longin, Bishop Yevseviy of Shepetovka and Slavuta, Bishop Veniamin of Khotyn, as well as the clergy of the monastery and clergy of the diocese.

Prayers for peace in Ukraine and the unity of the Orthodox Church were offered during the service.

After the liturgy, Metropolitan Onuphry visited the orphanage in the village of Molnitsa, operating at the Bancheny Monastery, to congratulate 415 children on Christmas holidays.

As reported by the Union of Orthodox Journalists, on January 13, during his visit to the Western Dioceses of the UOC, His Beatitude Metropolitan Onuphry led the all-night vigil in the Cathedral of Chernivtsi city.