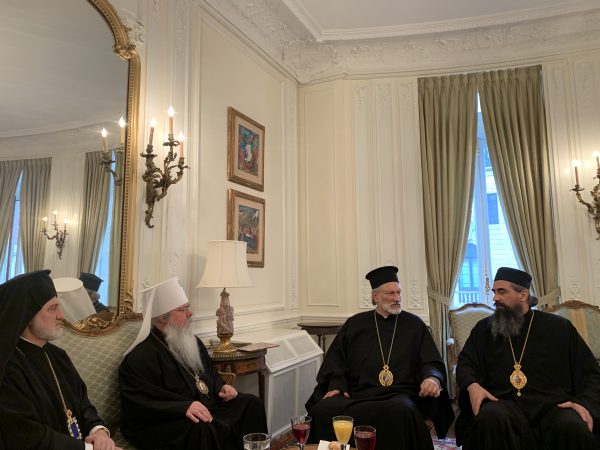 At the invitation of His Eminence Archbishop Elpidophoros of the Greek Orthodox Archdiocese of America, His Beatitude Metropolitan Tikhon attended a meeting with His Grace Bishop Metodije of Diokleia, Vicar of Metropolitan Amfilohije of Montenegro.