Today a great many people are entering the Orthodox Church from other, generally Western confessions. Their tendency, quite understandably, is to bring with them notions of sin and guilt, obedience and virtue (merits) that figure strongly in the way those confessions construe the means by which we attain salvation. Whether they remain in a lay state or become ordained, they often allow their "former delusion" to influence the way they conduct themselves and the way they expect others to behave within an Orthodox setting.
Archpriest John Breck | 22 March 2010

Today a great many people are entering the Orthodox Church from other, generally Western confessions. Their tendency, quite understandably, is to bring with them notions of sin and guilt, obedience and virtue (merits) that figure strongly in the way those confessions construe the means by which we attain salvation. Whether they remain in a lay state or become ordained, they often allow their “former delusion” to influence the way they conduct themselves and the way they expect others to behave within an Orthodox setting. They determine for themselves and for those around them just what degree of rigor is necessary in order to live a virtuous life. The upshot is that a quest for virtue and morality often results in legalism, moralism and self-righteousness.

Cradle Orthodox, laypersons and clergy, can also succumb to this temptation, of course. All of us, in fact, are susceptible of passing judgment on those whom we suspect of neglecting the rules or making choices that are not pleasing to God.

There are priests, for example, who have simply condemned a woman who confesses to having had an abortion, with very little concern for her circumstances or for the pastoral care she requires. Others have excommunicated or otherwise punished parishioners for having merely contemplated the possibility of divorce, without really being aware of the circumstances (infidelity, domestic violence, child abuse?). Some laypeople who consider themselves to have special authority within our parishes make it a point to monitor and censure the behavior of everyone from the priest and altar boys to teen-aged girls and the parents of noisy infants, whenever any of the closely-watched offend their sense of propriety. They take umbrage at an apparent lack of zeal in everything from celebration of the Divine Liturgy to observance of fasting, tithing and similar disciplines. Their vocal criticisms, however, unwittingly expose and undercut any pretension they may have about the virtuousness of their own life. 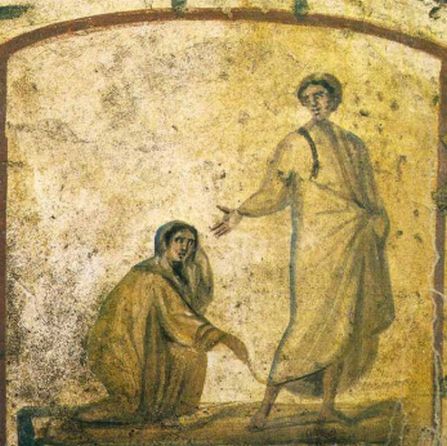 A great deal of the emphasis on “doing it right,” however, derives less from self-righteousness than from fear. Some people are afraid that if they don’t obey the rules in the most rigorous way, God will be displeased and will condemn them for their laxity. During Great Lent, for example, many Orthodox faithful read food labels with uncommon scrutiny, just to be sure no trace of dairy products will pass their lips during the fasting period. Some, who mistakenly think it’s obligatory, make it a point to observe in the strictest way the fasting guidelines laid down for monks, while others refuse to take prescribed medicine prior to coming to communion (or refuse to receive the Holy Things because they had to take their medications).

If people adopt such practices out of fear that they will become the objects of divine wrath, then they have simply missed the point. Depending on our personal circumstances, we can faithfully adopt varying degrees of rigor in ascetic practice. If it is assumed out of fear or guilt, however, rather than out of a genuine desire to allow those practices to work a healthy transformation within our spiritual life, then that discipline can be destructive, spiritually and physically. And when we try to impose excessive rigor on other people, fearing for them or judging them when they do not conform to our standards, then we violate the most fundamental and important rules of all: to love our neighbors as ourselves, and to leave judgment in the hands of God. Our desire for morality, a life of virtue and obedience to the divine commandments, in other words, can all too easily turn into moralism. Moralism is the antithesis of authentic morality. It makes of such positive and essential values as keeping the commandments and questing after virtue something other than what they were always meant to be.

Returning to the quotation with which we began the previous column: The true progression in Christian existence, when lived out according to the Gospel and in the freedom of the Spirit, is not: inherent faith that produces fear of (a redoubtable) God, which compels us to obey the commandments, and which finally issues in a life of (Godless?) virtue. It is rather a progression marked by ongoing repentance and a calling upon divine mercy for forgiveness and the gift of faith (“Lord, I believe; help my unbelief!”). With this gift, we can strive ever more consciously to be faithful to the will of God as expressed in the commandments (epitomized as “Love one another as I have loved you…”). And this finally, and by the sheer grace of the Holy Spirit acting within us, can lead to the ultimate goal: unbroken and unending life in blessed communion with the God whose very nature is love.