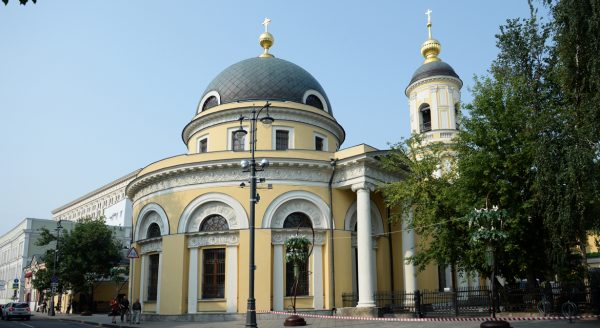 With the blessing of His Holiness Kirill, Patriarch of Moscow and All Russia, churches will reopen for parishioners in Moscow on June 6, the eve of the Day of the Holy Trinity, after almost two months of quarantine.

Meanwhile, according to the working group under the Patriarch, the Cathedral of Christ the Savior and the Epiphany Cathedral in Yelokhov will be open from June 2.

As reported before, the capital’s churches were closed to parishioners from the beginning of Holy Week, April 13, with the blessing of His Holiness Patriarch Kirill and the recommendation of the Moscow sanitary authorities. Since then, divine services were held only in the presence of the clergy, and employees and volunteers whose presence was necessary.

It is noted that parishioners’ access to the churches from the opening day will be subject to all necessary sanitary and epidemiological requirements of the Federal Service for the Oversight of Consumer Protection and Welfare (Rospotrebnadzor), including the social distance (one person per 4 square meters).

Before making this decision, His Holiness Patriarch Kirill discussed the current sanitary and epidemiological situation in the city with Sergei Sobyanin, Mayor of Moscow, and Anna Popova, Head of Rospotrebnadzor.