Mourning is Human, but Not Always Blessed

Source: Pueblo Chieftain
Much of what passes for grief is merely self-pity based on egotism. Far from grieving over the violation of God's altruistic will, we develop self-pity over not having our own way.
Priest Barnabas Powell | 05 November 2014 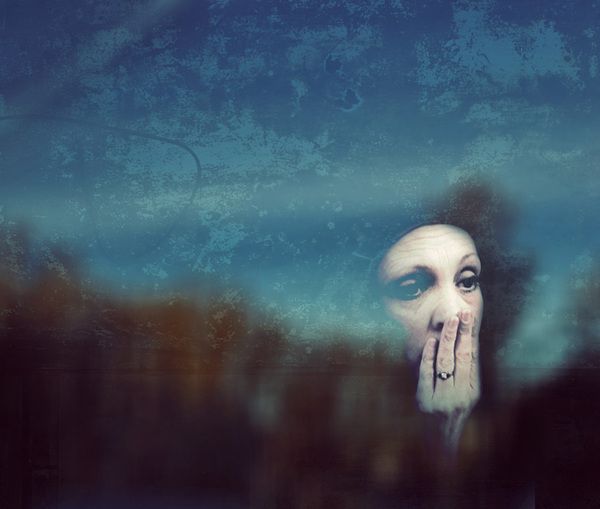 When your brother invites you to his home, it’s bad form to contradict him at the dinner table over how he’s raising his children, especially if they’re present.  Likewise, visiting another church when you’re a minister can sometimes be an exercise in tongue biting.

Years ago, when I attended another parish while traveling, a distraught woman caught everyone’s attention at coffee hour. Her sobs echoed through the dining area as she explained to the priest that her mother had just died back in the old country, and she wouldn’t be able to attend the funeral on account of her visa situation.

Far from consoling her with sympathy, as I expected, the priest began to chastise her tears, which he equated with a lack of faith in Christ’s victory over death.

“You should be celebrating!” he reproved her.

The more he went on trying to dissuade her, the more resolute she seemed to grow in her despair.

While I fully appreciated the theological foundation of his admonitions, I couldn’t help questioning their propriety in this initial stage of grief.

To me, his words seemed too stoic for the humanity of the moment.

As I looked on in silence, I thought about the shortest verse in Scripture: “Jesus wept.”

Would anyone presume it improper that Christ wept at the death of his friend Lazarus? For some interpreters, this passage is a sign of Jesus’ human weakness, a confirmation that he truly assumed our mortal nature.

For others of more profound insight, Jesus weeps not over his loss as a man, but as God. He weeps for the corruption that has overtaken his own handiwork — Lazarus, made in his image — through the fall.

I cringe whenever I hear that cliche: “Death is just a part of life.” It’s intended to ease the tension of a situation that demands tension.

Death is emphatically not a part of life. Our tears — Christ’s tears — belie that feeble facade. Death is the antithesis of life, the fruit of corruption and brokenness.

“Blessed are those who mourn,” Christ says, while an ancient manual for ascetics warns we’ll have to give an account for our lack of mourning.

Not all mourning is blessed, however. In order to qualify as the virtuous quality Christ is referring to, mourning — and all manifestations of grief — must be unselfish.

Let’s be honest. Much of what passes for grief is merely self-pity based on egotism. Far from grieving over the violation of God’s altruistic will, we develop self-pity over not having our own way.

When we fall into this unedifying sadness, our perception becomes clouded. We seek hints of rejection in every encounter.

Searching out pretexts to wallow in misery, we misinterpret every word, every facial expression of those who fail to stroke our egos.

Like the father in “My Big, Fat, Greek Wedding,” when he finds out his daughter has secretly been dating a long-haired “xeno” (foreigner), we also wail, “Why she do this TO ME!”

As much as I love that film and the uncomfortable elements of truth in its character sketches, self-pity is often less satirical.

It may seem cruel to a casual observer that “sadness” (moroseness, despair) is numbered among the spiritual vices in the Christian ascetical tradition, but, unlike blessed mourning, it can lead to destruction if unchecked.

Which returns us to the encounter between my fellow priest and his grieving parishioner. As he coaxed her into vocalizing her feelings, something dangerous and ugly emerged.

“How could she do this to me?” the woman hysterically asked of her mother’s dying, as she began to lay blame for things in the past.

It became clear the priest was familiar with the woman’s underlying dynamic, and responded by first doing no harm.

As one of my seminary instructors liked to say, “There are fewer things more crippling than pee-pee (pity and praise).” 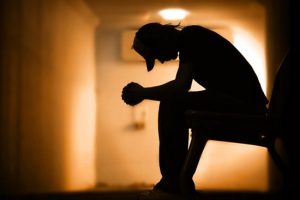 “We must not despair when we struggle and continuously see nothing but the slightest progress. We…

One evening, while standing in the Church of Sts. Zosima and Savvaty during the Vigil, terrible,…