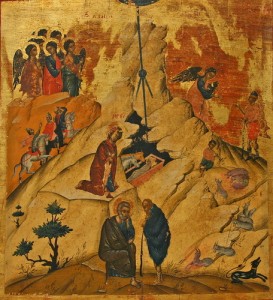 The Orthodox exhibition is dedicated to the 1025th anniversary of the Baptism of Rus.

By Natalia Bordilovskaya: The image of Christ in iconography has never been so widely and fully represented in Belarus. 9 museums from Belarus, Russia, Serbia and Ukraine present two hundred images depicting the life of Jesus Christ from Nativity to Ascension.

The oldest of the Orthodox icons is the Russian one dated to the 15th century. It is represented by the State Tretyakov Gallery and the private museum of Russian Icons in Moscow. The Kiev’s icon dates back to 16th century. For the first time the exhibition features the Balkan region.

The Belarusian icon belongs to the 17th century. The Museum of Ancient Belarusian Culture of the Academy of Sciences, Grodno and Polotsk museums have submitted samples of iconography. The Belarusian Diocese Museum for the first time presents its exhibits including personal items of Metropolitan Filaret who marks the 35th anniversary of service this year.

The exhibition will last until December 5.