New decisions of the Holy Synod of the Romanian Orthodox Church 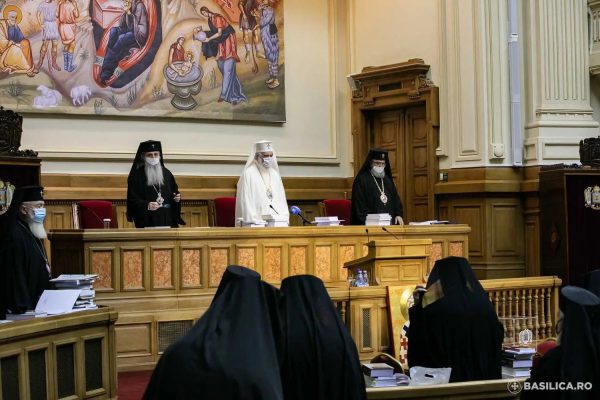 The Holy Synod of the Romanian Orthodox Church met on Thursday, December 16, 2021, for a working session at the “Patriarch Teoctist” Great Hall of the Palace of the Patriarchate under the chairmanship of His Beatitude Patriarch Daniel.

The Holy Synod elected by secret ballot His Grace Assistant Bishop Nestor of Hunedoara as new Bishop of Deva and Hunedoara, in place of Bishop Gurie Georgiu of blessed memory, who reposed in October 2021.

The enthronement of His Grace Bishop Nestor of Deva and Hunedoara will take place on December 26, 2021.

At the same meeting, the following decisions were also taken:

The Holy Synod of the Romanian Orthodox Church appreciates the social-philanthropic activity of dioceses, parishes, monasteries and social centres.

Press Office of the Romanian Patriarchate