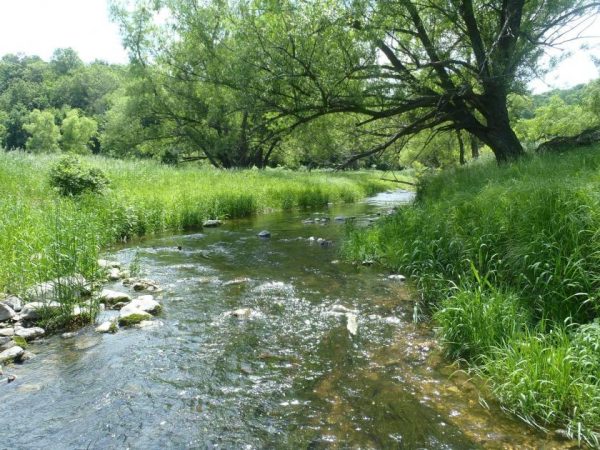 Among the many things that Christians say that annoy people is their assertion that Christianity is the only true religion.  Given the tremendous number of alternatives to Christianity on the religious market today, the assertion savours of intolerable arrogance, blindness, insensitivity, and self-righteous conceit.  “The only true religion?”  Who do these Christian people think they are?  In the words of one critic, “That’s an outrageous thing to accept”.

The outrageousness of it is doubtless increased by the sins of the Christians making the claim.  In the words of Isaiah (echoed by St. Paul) “the name of God is blasphemed among the Gentiles because of you” (Isaiah 52:5, Romans 2:24).  Christians seem to be no better than other people, and the fact that the Church has been around for two thousand years means that it has had time to make some spectacular blunders and rack up an impressive list of things of which it is now ashamed.  (Before critics get too self-righteous themselves, it should be remembered that any group or institution that has existed for hundreds of years will do the same thing—such as, for example, the group known as the United States of America.)  The Church has made lots of mistakes.  As Nietzsche is reputed to have once said, “I’ll believe in the Redeemer when the Christians look a lot more redeemed.”  According to Isaiah and Paul, it is a fair comment.

Perhaps it might help if the assertion were re-phrased.  It is easy to misunderstand the assertion, and to read it as if the Christians were making a claim about themselves, their virtue, and the wonderfulness of their religion and their church services.  But that is not what is being asserted.  Christians are not so much making a claim about Christianity as a religion (with all the historical baggage that goes with it), as they are making a claim about Christ.  In saying that Christianity is the only true religion, we are saying that transfiguration, healing, sonship, resurrection, and eternal life are only found in Jesus of Nazareth and in a relationship with Him.

This does not mean that there is no good in any of the other religions.  All religions have some good in them, because all people have some good in them—whether the people are religious, agnostic, or atheist.  That is what it means to have been made in the image of God.  Christians do not assert that because Christianity is 100% true everything else on the religious market is 100% wrong.  And they are not saying that all the non-Christians are going to hell (read Romans 2:6-16).  But we do say that healing, joy, immortality, and eternal life reside in Jesus alone.  Rejecting Him knowingly, decisively, and finally (such as some Pharisees did when they insisted He was demonically-possessed and in league with Satan; see Mark 3:22, John 8:28) cuts one off from this power and this life.

That is why Jesus said to His disciples, “I am the way, the truth, and the life; no one comes to the Father but through Me” (John 14:6).  The Pharisees who rejected Him would not find their way to the Father or to the Kingdom.  Jesus was the door into the Kingdom (John 10:7), and the only way into eternal life.

That is also what St. Peter meant when he said to the Sanhedrin, “There is salvation [literally “the salvation”] in no one else, for there is no other name under heaven that has been give among men by which we must be saved” (Acts 4:12).  Peter was not talking about the relative worth of other religions.  He was proclaiming Jesus as the Messiah to people who rejected His Messianic claim and who were looking to find a Messiah and a Messianic salvation elsewhere.  Peter was saying, “Don’t waste your time:  Jesus is the only Messiah you are going to get”.

Jesus is the only source of life there is for this dying world, the only source of water in our desert.  Damnation is not the infliction of arbitrary punishment on people who made well-intentioned but erroneous religious choices.  It is not as if God is saying, “Oops!  Sorry!  Wrong religion!  You picked wrong, and now I’m sending you to hell.”  Damnation is the result of the soul deliberately and finally rejecting the life that is offered, like a flower that hates sunlight and soil and that therefore pulls up its roots from the earth and hides in the dark.  A flower needs sunlight and soil to live, and if it refuses these, it will die—not because the sun and soil are mad at the flower, but because of the nature of flowers, sun, and soil.  We need the power that comes through Jesus to live, to find healing, to enter into joy, and if we reject Him, we can never find life, healing or joy.  The result will be death, sickness of heart, and misery.  Jesus is the only source of life the universe affords.  It is Him or nothing.

These stark alternatives were brilliantly portrayed in a conversation that a girl, Jill, had with a Christ figure, the lion Aslan, in C. S. Lewis’ The Silver Chair.  Jill arrived in Narnia dreadfully thirsty, but quickly and happily discovered that there was a stream nearby from which she could drink.  But there was a problem:  between her and the stream there lay a lion.  Terrified of being attacked and eaten, she didn’t move.  Then the lion said, “If you’re thirsty, you may drink”.   When she didn’t move, the lion repeated the words.

Still terrified of the lion Jill said, “May I—could I—would you mind going away while I do?”  A low growl indicated the Lion was not going anywhere.  Frantic with thirst, Jill asked, “Do you eat girls?”, and the Lion replied simply, “I have swallowed up girls and boys, women and men, kings and emperors, cities and realms”.  Not at all reassured, Jill concluded, “I daren’t come and drink.”  To this the Lion replied, “Then you will die of thirst”.  “Oh dear!” said Jill, “I suppose I must go and look for another stream then.”  “There is no other stream,” said the Lion.

“‘There is no other stream.”  That is the humble confession of the Church.  In a world dying of thirst, Christ is the only stream, and if men refuse to drink of this stream, there is no other, and they will die of thirst.  There is only one stream, one source of life, one way to Father, one name under heaven that has been give among men by which they must be saved.  One true religion.

Fortunately for us who thirst, if we are thirsty, we may drink.   Indeed, Christ came into the world precisely so that we could drink.  In the last day of a great Jewish feast, He stood up and cried out to the world, “If any man is thirsty, let him come to Me and drink!  He who believes in Me, as the Scriptures said, ‘From his innermost being shall flow rivers of living water’” (John 7:37-38).

This is why the Church is prepared to brave the scorn of the world and declare with her Saviour that faith in Him is the one true religion, the one and only source of life.  Try any other religion or philosophy or way you like.  Sooner or later you will find out that apart from Christ, there is no other stream.

Isaiah knew this long ago:  “Ho! Every one who thirsts, come to the waters!” (Isaiah 55:1).  Somewhat later, St. John was still trumpeting the same message to thirsting world:  “Let the one who is thirsty come; let the one who wishes take the water of life without cost” (Revelation 22:17).  This is still the Church’s message:  Let all who are thirsty come to water, and stand by the side of Jesus.  You won’t be denied.  If you want to drink and live, there is no other way, no other stream.