Source: Frederica.com
There are going to be times when you look back, when you see you weren’t having a great time. You might have been uncomfortable; it might have been difficult. You weren’t getting the thing that you wanted, but when you look back at it, those hard times, so often, they are the times that we think “I don’t regret going through that.” I don’t regret that. I did the right thing, and it was tough and it wasn’t easy at the time, but that’s what I don’t regret.
Frederica Matthewes-Green | 12 March 2020 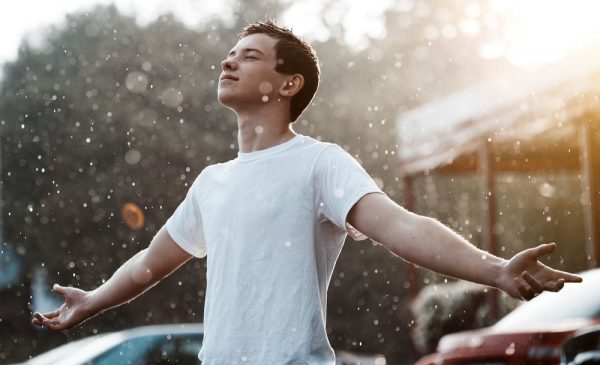 This week, I just had a pretty short thought. I get an email, an Orthodox Quote of the Day everyday, and it’s always something wonderful. And there was something about this one that really jumped out at me. Today’s quote is from St. John Chrysostom. I’m not sure where in his writings this comes from. And the quote is:

A fearful thing is sin. Fearful and the ruin of the soul, and the mischief, oftentimes through its excesses, overflowed and attacked men’s bodies also. For since for the most part, when the soul is diseased, we feel no pain, but if the body receive, though, but a little hurt, we use every exertion to free it from its infirmity because we are sensible of the infirmity. ThereforeGod, oftentimes, often punisheth the body for the transgressions of the soul so that by means of the scourging of the inferior part, the better part also may receive some healing.

Of course, I never want to push that to the wall. You know, we don’t want to say that if you’re ill, if you have an illness, if you’re sick, it’s because of your sin, because we’ve all known tragic stories of innocent children who have had terrible diseases and even died of diseases. And I don’t think we have to scrabble around trying to find some serious sin in the child’s life to justify that. It is enough for us to recognize that all of us contribute to the brokenness of this world. We all empower Satan to inflict suffering, and he’s going to inflict suffering on the innocent, of course, because that is what will distress us the most.

So, it’s not totally a one-to-one parallel here, but sometimes this is true. Sometimes it is that we don’t notice the sin that is causing disease to our souls, but when it begins to overflow that and begins to attack our bodies as well, then we get very concerned, and we don’t want to endure any suffering in our body at all. So, there can be a use to suffering if it awakens us to our sins, and if it causes us to realize where we’ve gotten to and how we need to regroup and pull back and recover more self-control.

What this reminded me of was that some years ago my daughter was telling me that she and her husband—and this is my daughter Megan, my only daughter—and her husband Dave had been listening to the radio, probably NPR. Somebody was being interviewed, and this woman was talking about her wild and profligate life and all the drinking, and the partying, and the wild carousing she had done in her life, and she kept repeating “I don’t regret a thing.” I don’t regret anything. I’d do it all over again. I have no regrets.

And Megan said she and Dave, what they talked about as they heard this was something I had never thought about before. She said that their reaction was: there are things you ought to regret, you know? There are things. If you have hurt somebody, if you’ve broken a heart, if you’ve been unjust, if you have stolen,  whether you stole material goods or stolen someone’s love or their affection or their interest from the person they should be interested in. You know, there are definitely—having a good time is not enough to justify it all. There may well be things that you enjoy greatly at the time that later on you really ought to regret.

But Meg said what she and Dave—what they came to as they continued to talk about it is that, in fact, as you move along in life, and as you look back, the thing that you’re going to say “I don’t regret” is actually likely to be the opposite of that. It’s going to be the time when you were tempted to do something just for the pleasure of it, just so you could enjoy yourself, but you knew it wasn’t right. It wasn’t going to be fair to somebody else. It might cause destruction; it might cause sorrow later on. And so you held yourself back, and you deprived yourself. You know, as that line in the letter to the Hebrews is saying, you accepted that discipline that’s painful rather than pleasant at the time it happens. You went ahead and put up with that, because it was the right thing to do.

There are going to be times like that when you look back, when you see you weren’t having a great time. Everything wasn’t just the way you wanted it to be. It wasn’t the way you’d prefer. You might have been uncomfortable; it might have been difficult. You weren’t getting the thing that you wanted, but when you look back at it, those hard times, so often, they are the times that we think “I don’t regret going through that.” I don’t regret that. I did the right thing, and it was tough and it wasn’t easy at the time, but that’s what I don’t regret.

I thought that was really an original insight to me. I had never thought of that before. We do hear people talking about “I don’t regret anything”, and they mean all the pleasure that they took out of life. But, I think for most of us, when you look back over the highs and the lows and the hills and the valleys, perhaps it is those times that were most difficult, most trying to our integrity and our sense of justice, that when we did the hard thing and it really wasn’t all that pleasant, that’s what we look back at and we don’t regret.

It’s good to know that looking forward when you’re looking at different things that might come up and arise in your future, things you might have to go through: just to know that even though there doesn’t seem like there’s any reward at the time, and at the time, “all discipline seems painful rather than pleasant”, but in time, later, it yields the peaceful fruit of righteousness to those who have been trained by it. Later, at the end of the story, you look back and you say “Man, that was hard. But I don’t regret it. I’d do the same thing all over again. I have no regrets.”