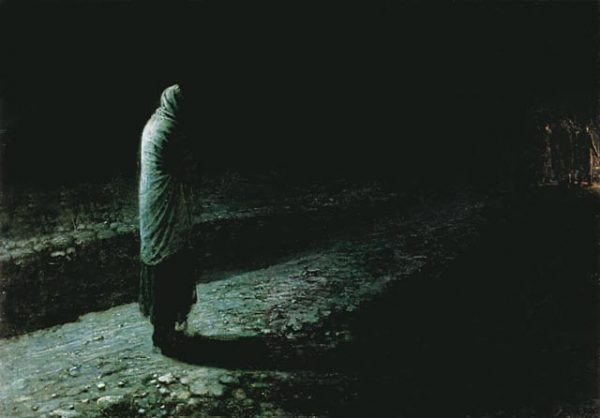 It is not unusual these days to find that unbelievers like Richard Dawkins are very angry. In his The God Delusion he denounces the God of the Old Testament as “arguably the most unpleasant character in all fiction”, and among the many insults he heaps upon the Most High (I counted over twenty in a single sentence) are assertions that He is “bloodthirsty” and “sadomasochistic” [sic: one assumes he meant to say, “sadistic”]. Such anger at the traditional view of the God of the Bible is not odd. What is odd is to find some ostensibly Christian writers agreeing with people like Dawkins. David Bentley Hart, for example, denounces the traditional view of God as “inventively sadistic”, “theatrically grotesque”, a “heartlessly capricious gamester”, and as fundamentally a “monstrous deity”.

Hart is referring, of course, to the Church’s traditional rejection of universalism. Hart feels that if one asserts that the aionion punishment of the wicked promised by Christ is eternal (as the Church clearly teaches), one thereby is left with a God who is a monster, and who is “inventively sadistic”. Therefore, Hart argues, since God is not a moral monster, the punishment of hell cannot be eternal. I will not here again make the argument for the traditional view of hell. Those wishing to learn it are invited to read a book on the subject. For now I would like to focus on the question of moral monstrosity, and ask the question: In the matter of human sin and divine punishment, who is really the monster?

Much of the emotional heat arising from the issue of eternal punishment finds its source in the pain one feels over the plight of those who are punished in hell. This is the engine driving the question for the universalists, and for some of them, like Hart, it seems to be the only question worth asking. It is as if the pain of the lost trumps everything else.

Given this, some universalists descend to ad hominem arguments, and assert that those who reject universalism must somehow delight in the eternal suffering of the lost. It is an easy game to play: when Scriptural exegesis and church history fail, there is always the ad hominem card to fall back on, like an ace in the hole. In this game, the universalist seems not to stray much beyond his comfort zone in the modern time, or ask if all previous ages were really populated solely by sadistic creeps—such as the authors of 2 Esdras and the Book of Revelation (see 2 Esdras 7:60-61, Revelation 20:10-14). But anyone can play the ad hominem game; that is why it is so uninteresting.

Given that previous ages were unlikely to have been populated solely by sadistic creeps motivated by a desire to revel in the pain of the lost, it is worth asking the historical question, “What were these people motivated by?” For example, what was behind such texts as 2 Esdras 7:60-61 or Revelation 20:10-14? Why were the authors of these texts apparently untroubled by the thought that the punishment of the wicked would be eternal? I suggest that they were motivated by a concern that moral monstrosity be adequately judged and finally eliminated from the earth.

We happy moderns have mostly never seen undiluted evil up close and personal. There are exceptions of course. Some of those exceptions are currently watching the trial of Harvey Weinstein with great interest. In previous ages some of them were watching the Nuremberg trials with similar interest. But in most ages those who suffered at the hands of evil men lived and died in the secure knowledge those evil men would never be brought to trial, and that such moral monsters would reign triumphant to the end of their lives, suffering no pangs of conscience, or diminution of their earthly happiness.

One needs to think hard about this, and reflect on the pain of those who suffered torture, rape, and the loss of families through genocide, gulag, and concentration camp. We quite properly reflect on the pain of the Jews who suffered in the Nazi Holocaust, and we feel at least some moral outrage at the thought that most of the evil men inflicting the pain got away scot free. We reflect rather less than we should on the thought that there are many evil men in the world apart from the Nazis, and that these also get away scot free, completely untroubled by conscience or social consequences.

The ancients, such as authors of 2 Esdras and the Book of Revelation, knew this world of pain and injustice only too well. Most of us here in the West in the late twentieth century and early twenty-first century have enjoyed an unusual degree of immunity from such evil and suffering. Speaking personally, I have never been bombed, arrested, tortured, raped, sent to a gulag, or seen my family or friends experience such things. When I think of those lost in hell, I therefore think mostly of their pain, and not of the justice owed to those experienced pain at the hands of the lost. That does not make me compassionate, just privileged and unusually lucky. But the ancients were not as lucky as I am. That is why, I suspect, for them the issue of the eternal punishment of evil men revolved more around the question of justice for the oppressed than the pain suffered by their oppressors.

This also accounts for the exultation in the coming judgment and justice of God that we find throughout the Bible. We need such a God of judgment, for if we are to survive the suffering inflicted by evil and impenitent men, we need to know that justice will eventually prevail—if not in this age, then in the next. As one writer (Miroslav Volf) said, “ Though I used to complain about the indecency of the idea of God’s wrath, I came to think that I would have to rebel against a God who wasn’t wrathful at the sight of the world’s evil. God isn’t wrathful in spite of being love. God is wrathful because God is love.” In other words, there are monsters prowling about the earth. A God of love and justice will finally eliminate the monsters—for ultimately love and justice prove to be the same, as any victim of injustice will tell you.

Universalists usually assert that eventually, (happy to relate), such moral monsters will all be brought to repentance and will cease to be monstrous. After a time of suffering in the age to come (how much time we are not told—perhaps millennia or millions of years?) the monsters will finally come to see the error of their ways. The image is offered of God’s love beaming upon the monsters so relentlessly that eventually they finally understand, get it, and repent. Hart is very skilful at suggesting how this final result has been built in to our created selves all along so that a happy ending is inevitable.

The problem with this is that there is nothing in either Scripture or human experience to suggest that this is anything more than wishful thinking. Scripture, from one end of it to the other, offers examples of evil men who did not repent when they suffered, but simply hardened their hearts even more. One thinks of Pharaoh in Exodus (one of the first books of the Bible), and of those blaspheming God when they suffered His judgment in Revelation 16:10-11 (the last book of the Bible). Human experience also knows of evil men seemingly immune to the calls of conscience and the blows of suffering, and who retain their impenitent commitment to evil until the end.

Indeed, we are a race of monsters—or at least a race with the potential for moral monstrosity deeply embedded in our hearts. That is presumably why Christ described the common man in passing as “evil” (Matthew 7:11)—that is, given the right (or wrong) circumstances, each of us is capable of doing the unspeakable. How else can one account for the continued moral debacle that is human history? We are a race that rapes and enslaves and kills, to such an extent that these horrors are occurring somewhere in the world right now. These atrocities are not exceptional; they are the historical norm whenever circumstances have allowed it.

Most of us are protected from doing such things because we are safe, secure, warm, and well-fed. Take away these things (i.e. take away the veneer that we call civilization) and one quickly sees what human beings are capable of. This is not a new revelation. People like Rod Serling understood this in 1960, and passed along the information in a Twilight Zone episode entitled (significantly), “The Monsters are Due on Maple Street”.

That is why salvation begins with repentance. Repentance is not just regret for the stupid things we have done, but a cry for God to save us from ourselves and to heal us and eliminate the moral monster lying hidden within us. It is a proof of God’s love for us that although we each have a monster living inside us, God still loves us and calls us to repent and to be His children. Or, in the words of St. Paul, “God shows His love for us in that while we were yet sinners Christ died for us” (Romans 5:8).

We are the monsters. When God came among us in love to forgive the sinner and to heal the sick, we literally spit in His face and hung Him on a cross. Some of us repent, and find salvation. Some of us never repent, and remain monstrous (as the victims of evil can testify, even if their oppressors are never brought to trial). But if the eternally impenitent oppressors finally are brought to justice and are eliminated from the age to come, the God who brings justice to the victims and peace to the world is not the monster. Paraphrasing Pogo, we have met the monster, and he is us.